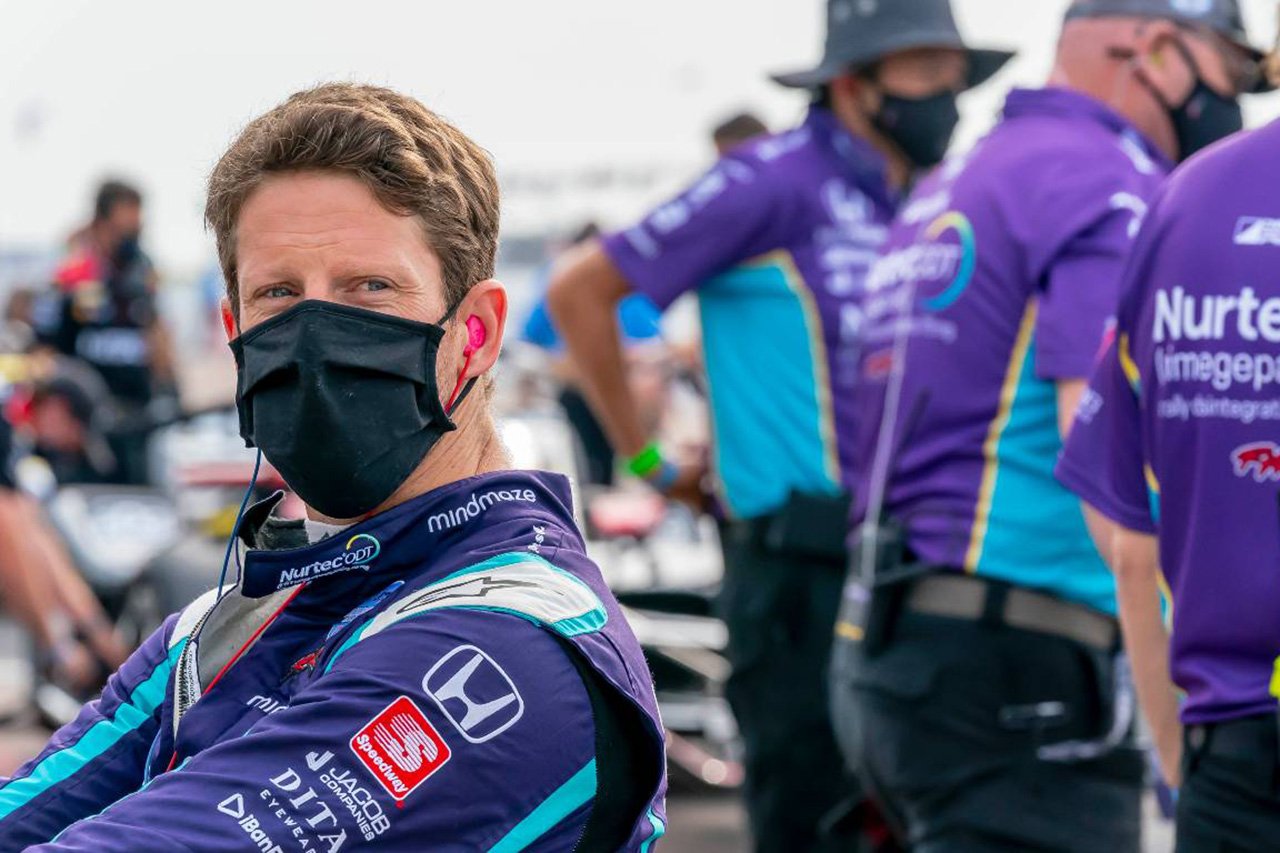 Former F1 driver Romain Grosjean was inspired by the Indy 500 and decided to race in an oval race with an IndyCar.

Romain Grosjean loses the seat of the Haas F1 Team, who chose to fight 2021 with two rookies at the end of the 2020 season. After that, in 2021, Dale Coyne Racing announced that it would participate in the IndyCar, but it was conditional on the race other than the oval race including the Indy 500.

However, Romain Grosjean changed his mind when he saw the Indy 500, one of the three biggest races in the world.

“I was watching it at home and it felt strange that I had a friend I knew, but I wasn’t there,” Romain Grosjean told The Associated Press.

“So let’s see what’s going on and then see what we think of as a family. At first I said I didn’t want to run the oval.”

Although unable to compete in the Oval race this season, Romain Grosjean has made a great start with IndyCar and has already won his first pole position and first podium.

Romain Grosjean’s years in F1 since 2013 have been spent behind the midfield and the group, and this is the first time he has fought in the front.

Romain Grosjean says his love for racing, which he had begun to lose in F1, reheated in the IndyCar race.

“When you’re passionate about something, it’s like fire,” said Romain Grosjean.

“And maybe the fire has been extinguished in the last few years, but when I got the pole and led the race again, it felt like’the best’.”

“It’s difficult, but if you do that, you’ll want to do it again.”

Romain Grosjean is much more widely known around the world after a horrific crash at the F1 Bahrain Grand Prix, which resulted in his final F1 race. This has received great support, especially in the United States.

“One of the most beautiful moments I’ve ever experienced was finishing in second place, interviewing for the crowd, and everyone standing up and cheering me on,” said Romain Grosjean. Jean added.

“I’ve been on the podium in F1, but I’ve never seen so much energy and love come from a grand stand.”

“Even my wife was crying at home. She said,’I think people recognize and love everything you’ve done in the last six months.’ It’s a hellish journey, a beautiful journey. ”