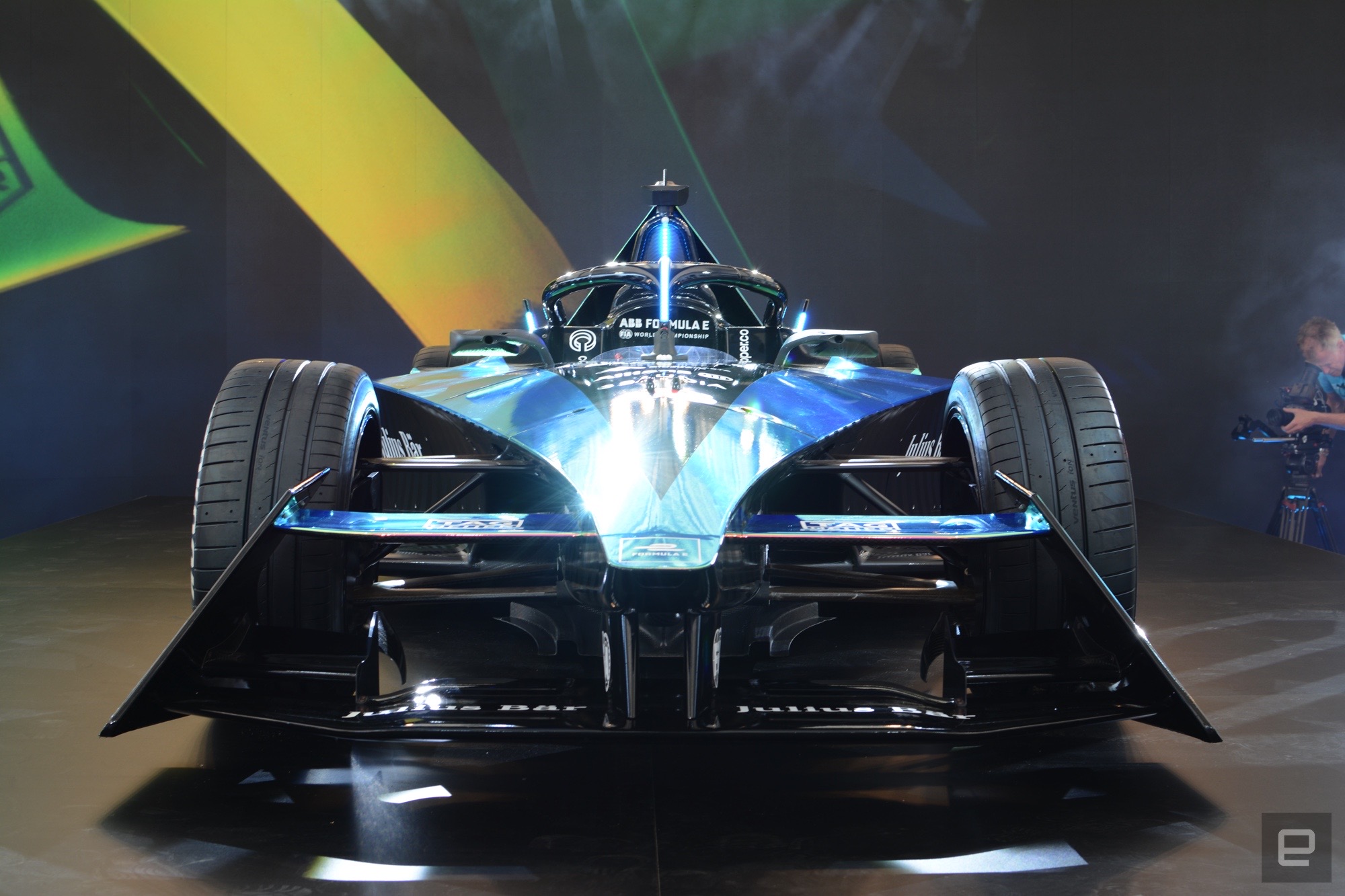 After some specs were announced earlier, Formula E’s third-generation car gen3 A few days ago, it was officially unveiled at the Monaco E-Prix. The new car, which will be put into use in the 2022-2023 season, has been greatly improved in performance and efficiency, and in the words of the FIA ​​(International Automobile Federation) it is expected to become “the most efficient racing car in the world”. The reason why they dare to say this is mainly because Gen3 has added a 250kW front motor for kinetic energy recovery on the basis of the original 350kW rear drive motor of Gen2. In this way, 40% of the energy used by the vehicle in the race comes from braking energy recovery, which also makes the Gen3 “the first front and rear powertrain formula car”. In addition, the Gen3 is also the first formula car not to be equipped with rear hydraulic brakes due to the presence of the front powertrain and its energy regeneration capabilities.

With a total power of 600kW, the Gen3 can reach a top speed of 322 kilometers per hour, and the acceleration time from 100 kilometers to 100 kilometers is only 2.5 seconds. For comparison, the average speed of an F1 car in a race is between 350 and 370 kilometers per hour. However, in terms of output efficiency, the power-to-weight ratio of the Gen3 is almost twice that of the diesel car. Moreover, the electric drive system can convert more than 90% of the energy into mechanical power, compared with about 40% of the internal combustion engine.

As for the exterior, the Gen3 is smaller and lighter than the Gen2. It removes the front and rear wheel covers, and the whole is more like an open-wheel race car. There are no separate fins on the rear wheels, but there are two “fins” at the rear that were inspired by fighter jets, and the aerodynamic design of the entire Gen3 vehicle was actually inspired by fighter jets. Formula E officials believe that such changes can make the game more entertaining, and the new car will be more suitable for “the battle between wheels on the urban track”, and more duel scenes on the track are expected to bring more exciting viewing experience to the audience. .

Of course, Formula E has not forgotten to make new efforts in sustainable development. On Gen3, they incorporated the concept of the so-called “Life Cycle Thinking”, which is simply to give recyclable tires, components, and batteries a “second life.” In addition, with the blessing of new technology, the new Hankook tires selected by Gen3 use 26% sustainable materials, and the components of the new car are also partly derived from the recycled materials of Gen2. Formula E calls the Gen3 a net-zero carbon racing car, which is in line with their goal of making the race the first net-zero sport.

While Formula E itself has done some track testing, the teams haven’t really tried the new car. So far, DS Automobiles, Jaguar, Mahindra Racing, Maserati, NIO 333, Nissan and Porsche have all signed on to use Gen3 for Season 9, with pre-season testing starting this winter.

“I was wrong, I offer you my apology”: Beto Coral on his criticism of Egan Bernal