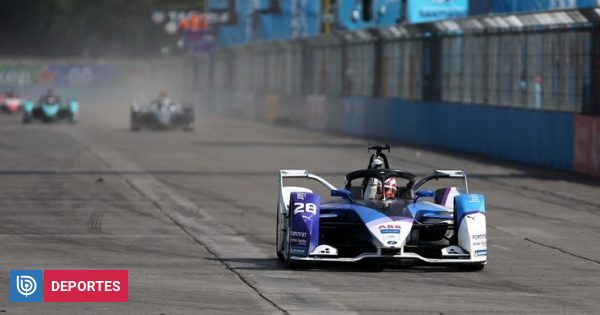 This Thursday from Formula E published the schedule for the second part of the 2020-2021 season with Santiago hosting the races in June.

“America will host the double day with the Santiago E-Prix, which will provide rounds 7 and 8, on June 5 and 6 ”, expressed from the organization in a statement.

Then the runners will pass through Europe. First in Roma, on April 10, then go to Valencia, in Spain, which will host round 4 on April 24.

The European tour ends in Monaco, where on May 8 round 5 of the championship will be played. Morocco (round 6, May 22) will host before the competition reaches Santiago mid-year.

From the organization they complement that “the Sanya and Seoul races will not be held in March and April respectively as it was originally scheduled. They have been postponed and the decision on these events will be confirmed with the remaining schedule in early spring. “

In addition, they add that “Formula E continues to monitor the evolution of the COVID-19 pandemic and is in constant communication with the communities of the teams, manufacturers, partners, the media and host cities.”