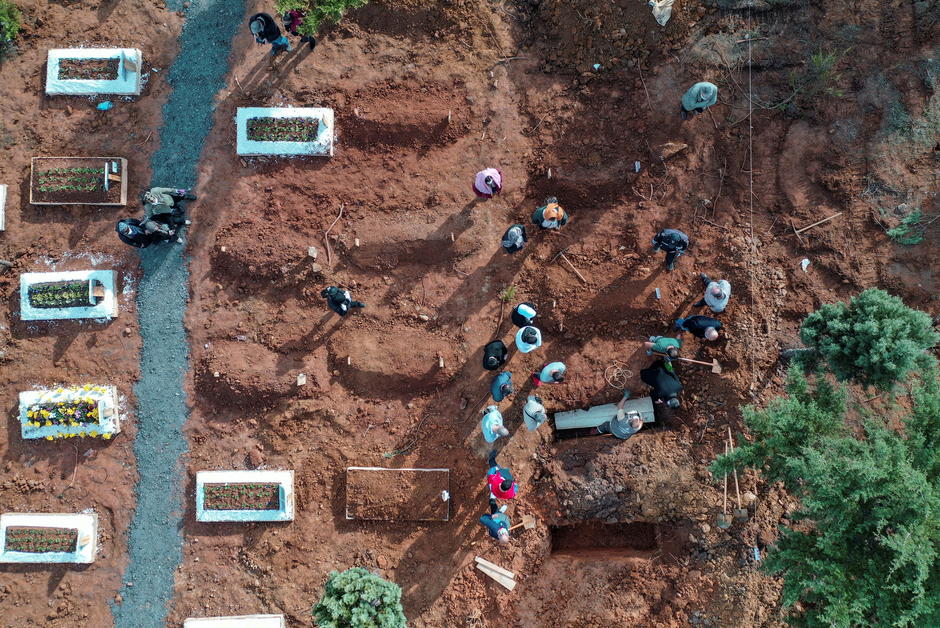 To limit health risks as Turkey has passed the 20,000 death mark from Covid-19, authorities have banned New Year’s Eve celebrations. A decision applauded by health professionals but also by the conservatives, hostile to these festivities, which they consider impious.

Faced with the Covid-19 epidemic, no gathering or celebration for New Year’s Eve in Turkey. This is the line of the authorities, who, to do this, have taken drastic measures. A curfew was thus decreed from Thursday 31 December at 9 p.m. to Monday 4 January at 5 a.m. reports the daily spokesman, who nevertheless specifies that it will be possible to go out around his home to shop between 10 a.m. and 5 p.m. in shops that have obtained an exemption.

The revelers will nevertheless have to give up the traditional champagne, the sale of alcohol being prohibited in the country during this period. “New Year’s gatherings and parties are not advised against, but prohibited”, clearly recalls the Ministry of the Interior, Quoted by Nationality. The newspaper adds that rentals of villas, apartments or other places that can be used for celebrations are also prohibited.

And beware of offenders who might be tempted to celebrate the transition to 2021 in advance: in two days in the city of Antalya, the police interrupted two private parties organized on terraces and imposed 70 fines amounting to 350 euros per nobody, reports the daily One day.

Strict measures but well received by health workers and even in the ranks of the opposition. The latter is concerned about the health situation and regularly questions the official figures, which show 14,000 new cases every twenty-four hours and more than 20,000 deaths since the start of the pandemic. Istanbul opposition mayor Ekrem Imamoglu, himself briefly infected with the virus in December, regularly denounces a situation “out of control” and calls to isolate the city for several weeks, underlines the Kemalist daily spokesman.

The press close to power also welcomes the upcoming bans, but for other reasons. The New Year’s celebrations are hotly debated every year, as they are considered ungodly and a Western holiday by conservative circles. In particular by the leaders of powerful ONG Islamists interviewed by the daily New Contract : “A Muslim should not celebrate Christmas or the New Year. […] We should not try to be like Christians and idolaters. Muslims around the world are oppressed by Israelis, Americans and Europeans, who try to make us forget their oppression through their festivals and superstitions. ”