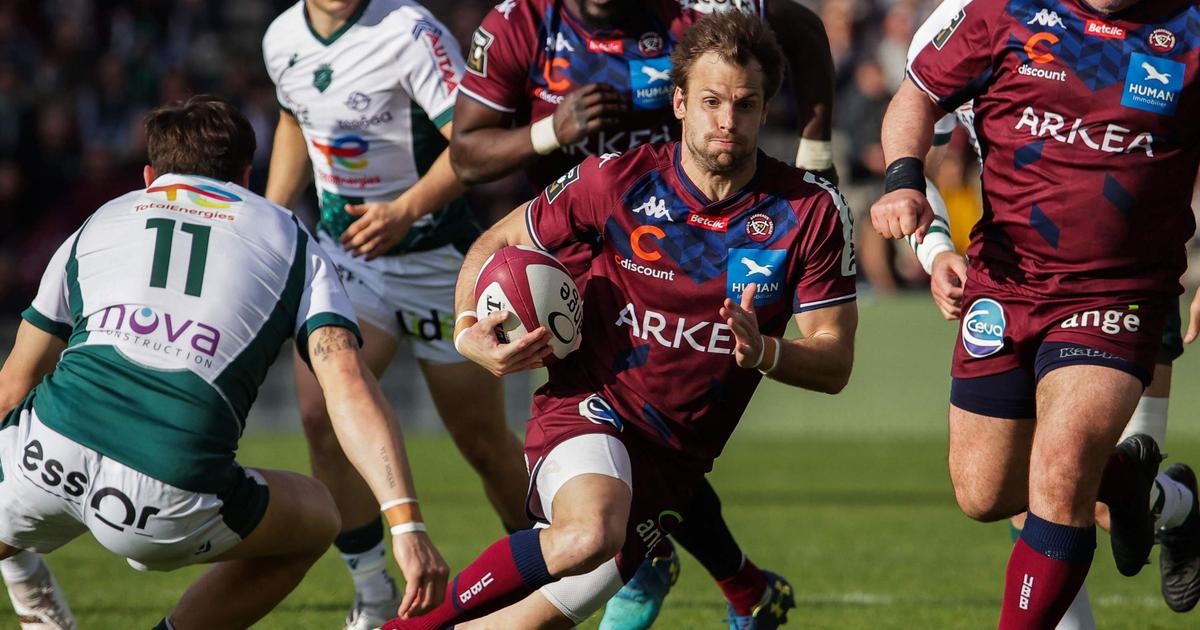 Deprived of its internationals and many executives, the UBB conceded against Pau a fourth defeat in a row. His lead in the Top 14 is only one point.

At the end of January, Union Bordeaux-Bègles flew over the Top 14, on the evening of the 16th day the Girondin club had even counted up to 10 points ahead of the MHR of Philippe Saint-André. Since then, clouds have gathered over Chaban-Delmas. The beautiful mechanism has jammed. Four losses in a row. The famous “four in a row” of Questions for a champion. The comfortable advance melted like snow in the sun. The last setback, Saturday against the Section Paloise (16-23), could have precipitated the fall of the men of Christophe Urios but their pursuers (Lyon beaten in Clermont and Montpellier defeated in Castres) also tripped over the carpet.

Read alsoTops / Flops Clermont-Lyon: the conquering scrum of ASM, Berdeu is in the money time

At the very end of the game, the Bordelais had nevertheless had a match point against the Béarnais. Three minutes from time, the prop Vadim Cobilas had crossed the Pau try line, but the referee Romain Poite, after requesting the assistance of the video, logically considered that he had flattened on the foot of a Pau. The score was then tied (16-16) and the Section, in stride, did not waste its last opportunity, scoring through its opener Antoine Hastoy.

Deprived of Matthieu Jalibert injured at the last moment, the UBB, despite several positive actions, was sorely lacking in realism and efficiency. “On the match, we have three, four, five test opportunities which seem possible to me to put”, confirms Christophe Urios. The Palois, they have never given up, offering the scalp of a new “big” after bringing down the Stade Toulousain.

And the Girondin manager to continue: “This defeat is painful like the other three. We have the feeling that we can win even if we are not flamboyant, but like for the other three, it does not turn out for us. It’s part of a season. In the 76th minute, we score but the try is not granted and behind we take one. It now remains to stop this bad spiral, to start again.

For François Trinh-Duc, there is no question of worrying and falling into gloomy. “There is no fire on the lake, we are not going to talk about a crisis, it is the lot of all seasons, does he advance to South West . We will try to regain confidence. If we knew what was going on, we would have solved the problem. We are not going to question everything.” How to start again? “I have no anger tonight (Saturday), frustration necessarily. I am concerned to find solutions, to get back on track, confides Christophe Urios. Today, I could say a lot of things but I’m not going to say anything because I stay focused on what we have to do. We are not playing well, we are not physically ready, in our rugby, it is my job, I am responsible.

During the week, we feel the improvement and the weekend, the scenarios are similar. We haven’t made any progress in 4 weeks.

For his part, Jefferson Poirot is a little more alarmist. “During the week, we feel the improvement and the weekend, the scenarios are similar. We haven’t made any progress in 4 weeks, worries the former international pillar. There is always a lack of control. We have to put our finger on what is not working. We have a lot of injuries, we are just in time, it creates fatigue but we are not the only ones to experience this marathon. You don’t have to hide behind that. We ate up the small lead we had at the top of the standings.»

Capable of huge honks to his players, Christophe Urios did not want to add to it. In addition to the absence of internationals (Woki, Lucu, Moefana), the UBB infirmary is full (Cazeaux, Petti, Lam, Seuteni, Buros, Ducuing). “I’m not going to hit my players because the risk would be to scatter, underlines the Bordeaux manager. I am never worried because I believe in the work we do so I will try to work better. Make the round back, waiting for the head to pass … Even if there will be some turmoil. Jefferson Poirot confirmed this in Sud Ouest: “We will inevitably take bullets from all sides, which is logical. But we have to stick together.”

The last journey of the cosmic troubadour

Fires: major fire in the furniture store – city festival must be ended