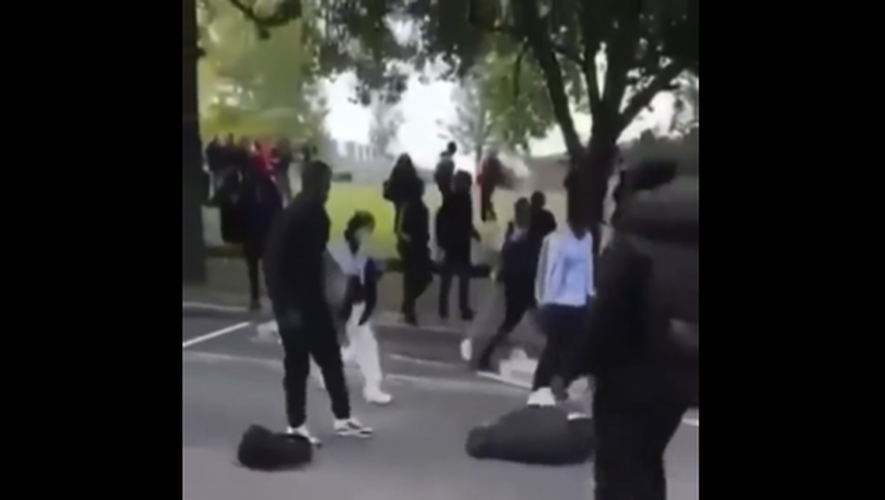 The scene, of great violence, took place on Tuesday, September 20 in front of the Hautil high school in the Val d’Oise. Four suspects were taken into custody.

The video is very violent. A teenager, on the ground, is beaten by several others, sometimes gaining momentum to hit him better, with punches and feet, especially on the upper body and the head.

This attack took place on Tuesday, September 20, at the exit of the Hautil high school, in Jouy-le-Moutier in Val-d’Oise, reports this Friday the Parisian. The scene takes place in front of dozens of inactive high school students and a witness even filmed the lynching, which quickly found itself on social networks.

The video enabled police officers from the Cergy police station, to whom the investigation was entrusted, to identify four minor teenagers and to arrest them. Le Parisien specifies that they have been placed in police custody and could be referred to the Pontoise minors’ prosecutor’s office this Saturday.

The victim, a second-grade student, helped by friends to get up, was finally able to go to the hospital on her own and was prescribed 5 days of ITT. After this surge of violence, police patrols surrounded the establishment throughout the week.

8 daily health and wellness habits for a longer life