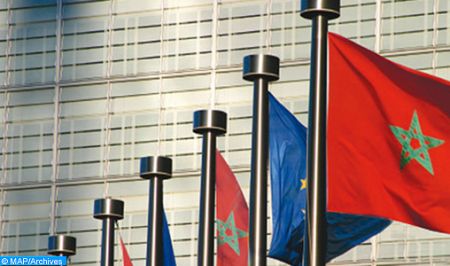 Morocco is in the process of changing dimension and aims to establish its status as a ”new power” in Africa, which will have a multidimensional impact on north-south relations, provided that a ”community of destinies” can see the light of day between the two shores, affirms the president of the Moroccan Institute of Strategic Intelligence (IMIS), in an analysis published by the French media “La Tribune”, under the title “what means the trajectory of Morocco for France and for Europe”.

Emphasizing the speech addressed by King Mohammed VI to the nation, on the occasion of the Throne Day, the expert notes that the Sovereign has this time made the urgent establishment of a new generation a priority. of reforms in favor of equality between men and women, almost eighteen years after the major overhaul of the personal status code, and eleven years after the inscription in the constitutional marble of equality between the sexes.

The choice of this theme in the current context provides information on the singularities of the Kingdom and the explanation of the positive economic and social trajectory of this thousand-year-old state, which has succeeded – according to the World Bank in 2022 – in “posting better budgetary indicators than most emerging economies”, he analyses.

According to him, it is not surprising that the King seeks to draw a broader strategic horizon than the contingencies of the moment, by putting the question of women’s rights back on the legislative loom (…), to give a second boost to this reform in order to correct some of its dysfunctions.

The president of IMIS also sheds light on Morocco’s management of the Covid crisis, noting that to tactical responses such as strict confinement, the giant social safety net or the massive vaccination campaign, the Kingdom has set up long-term projects, such as the generalization of social protection for all Moroccans, the overhaul of the health system or the establishment of the giant pan-African vaccine production plant at the outskirts of Casablanca.

“Result: the country has one of the lowest fatality rates in the world and has managed to restart its economic machine more quickly than nations at a similar level of development”, he notes, stressing that “this constitutes a important marker of the change in dimension of Morocco and its future centrality in relations with Europe and France”.

For the author, this ability to respond to the urgent needs of the moment while being part of future projects is a quality that should encourage the countries of the Old Continent to bet more on the Kingdom. Especially since the latter plays an essential role in questions of security, immigration, and cultural and religious coexistence by advocating the Islam of the milieu.

A bulwark against all forms of extremism, Morocco has also become a solid industrial base and a bridgehead for European investment in Africa, thanks to the institutional and macro-economic stability enjoyed by the country, he points out.

“It therefore remains for Brussels and Paris to take the measure of the change in status and to work for the establishment of a renewed alliance with this country which could become the pivot in relations between the North and the South”, pleads the ‘author.