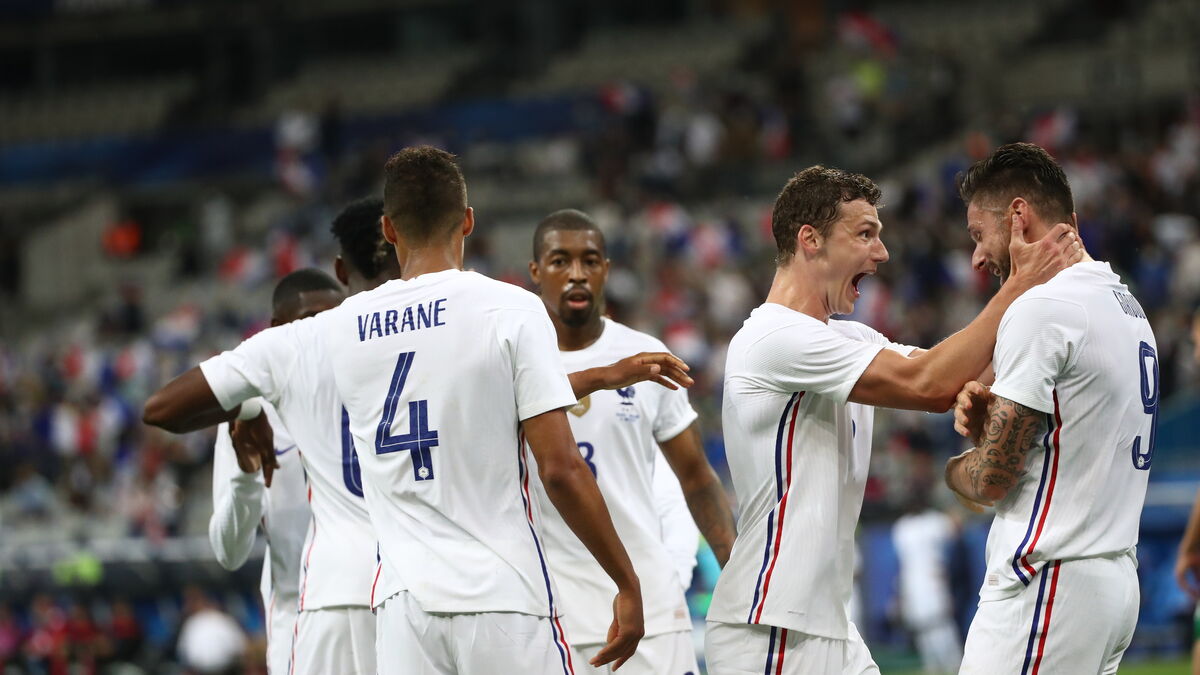 On March 28, 2007, he had his first and only selection for the Blues at the Stade de France against Austria (1-0). Frédéric Piquionne came into play in the second half, like another neophyte, a certain… Karim Benzema, author of the only goal of this friendly confrontation.

Fourteen years later, the former Saint-Etienne or Monaco striker was first interested in the behavior of his former partner who left prematurely in the first period. He also analyzed the game of the Habs, clear winners of the Bulgarians, and noted many positive points.

What feeling predominates after this success?

FRÉDÉRIC PIQUIONNE. There is something to be satisfied with. We saw good things against an opponent who did what he could and got his only opportunity at a time when the Blues had fallen asleep in the game. France exudes an impressive collective strength and great serenity. This group is living well and it is reflected in the field. With two successes in as many preparation games and no conceded goals, all the lights are green.

Which French player excited you the most?

As often, Griezmann made his match. His risk-taking on his goal shows a frank confidence in his abilities. He had already been effective against the Welsh. After a good end of the season with a club, he is part of the same positive dynamic.

Before its release, what did you think of Karim Benzema’s start to the match?

Of course, I would have liked to see him longer. When he’s on the pitch, the game is much smoother, there is more movement around him. It goes at 100 per hour. Didier Deschamps was certainly looking for another way to play. The Blues had perhaps become more predictable and it was important to change something. Karim offers this more. He lacks a bit of success to achieve what he does very well. We were even starting to see automatisms appear with Kylian and Antoine.

We are talking about a real number 9, a goalscorer. In the surface, he makes his efficiency speak. It is enough to find it in optimal conditions. Karim presents another profile, but it is all the wealth of the France team to be able to have so many offensive assets.

Between the diamond-shaped 4-4-2 of the first match and the 4-3-3 of the second, where is your preference?

The first requires a great concentration of all the players during the whole of the meeting. Compensation, vigilance and hedging are the keywords in this system. It is, therefore, to avoid losing balls in special areas, namely midfield or in front of his goal. Personally, I am not too fond of this scheme. Offensively, it can turn out to be magnificent, but also crumbly, it requires a lot of effort. I can better imagine the France team in 4-2-3-1 or 4-3-3 as has often been the case against the Bulgarians.

Has Tolisso been able to score points against Rabiot?

There is a real match between the two. In front of the defense, Corentin is a player full of strengths. He has both feet and shows great activity. He is at ease in the short and long passes and compensates very well for the exits of Pogba and Kanté. I place it in front of Rabiot. He asserts himself as a potential holder. The only unknown lies in his ability to chain matches after more than three months of absence.

Can we be resolutely optimistic before facing Germany in a week?

The entry into a tournament often conditions what follows. There is reason to be optimistic. Germany is gaining momentum. But, individually, France seems superior to me. Now, we will have to show it, too, on a collective level. Afterwards, on an offensive level, we don’t have much to fear compared to the other teams.