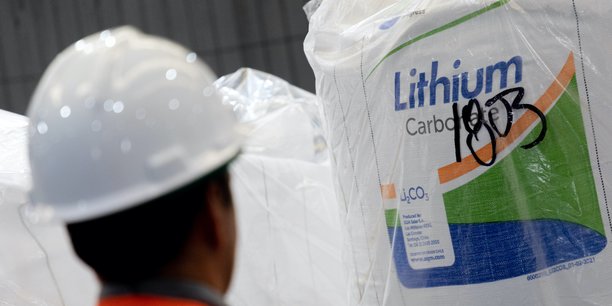 Lithium, cobalt, aluminium, nickel… Among the long list of metals that will be necessary for the energy transition, there is not a single one whose supply chain France has fully mastered. In fact, despite the requirements of sovereignty, France and more broadly Europe produce almost none of these critical metals. And are even struggling to gain ground in terms of their transformation or refining, which are still very largely dominated by China. What threaten supplies, at a time when the needs are exploding to develop electric batteries and other wind turbines, and when geopolitical tensions are increasing.

To remedy this, the government has just unsheathed a new tool: the French observatory of mineral resources for industrial sectors (Ofremi). Initiated following the Varin report on securing supplies of critical metals, it was launched with great fanfare this Tuesday at the Ministry of Ecology, in the presence of the Ministers of Energy Transition and Industry, Agnès Pannier-Runacher and Roland Lescure. The goal: to provide public authorities and companies with permanent analyzes of the global raw material supply chains, as well as of the current and future needs of the industrial sector, so that everyone can secure their supply strategy.

“This is a very serious subject. The challenge is not to build a new dependency […]while we are fighting to get out of dependence on fossil fuels”, underlined Agnès Pannier-Runacher.

Relocate part of the string

It must be said that there is urgency, while the health crisis and the war in Ukraine have brought to light the great fragility of supply chains. However, Ofremi did not ” not intended to make France become a major mining country “, explains to the Tribune its director, Stéphane Bourg.

“In terms of mining supply, we will never catch up. First, because we do not have the necessary resources, and because our industries are not organized like that, ”he continues.

In fact, according to the famous report by Philippe Varin published at the beginning of the year, Europe’s dependence on the outside will remain significant on the subject, with “20 to 30%” of the needs of the Old Continent produced on the territory. Under these conditions, it will rather be a matter of making available ” clear information on supply chains, right from the mine “, in order to avoid any shortage of metals, specifies Stéphane Bourg. Thus, the observatory will seek to know where the resources are, the refining capacities, the projects that the major mining players have in mind, and what will emerge over the next 5 or 10 years.

The idea nevertheless remains to relocate part of the chain, in order to prevent it from taking place 100% outside the borders, as is the case today. ” The data collected will make it possible to potentially reopen mines in France or to push for the recovery of secondary materials”, says Stéphane Bourg.

“In any case, we will always have to source from outside. The question is to know from which level of the value chain it will make sense to relocate? “, we argue at Ofremi.

For example, Imerys, the world leader in industrial minerals, which plans to produce 34,000 tonnes of lithium hydroxide per year within 5 years at its Beauvoir site in the Allier. This volume will make it possible to supply this strategic metal to battery manufacturers to equip 700,000 electric vehicles per year.

Lithium: in search of sovereignty, Europe is multiplying mining projects to secure its supply

In concrete terms, Ofremi will be run by the Geological and Mining Research Bureau (BRGM), in partnership with the National Conservatory of Arts and Crafts (CNAM), the Atomic Energy Commission (CEA), the French Petroleum Institute (IFPEN), the Environment and Energy Management Agency (Ademe) and IFRI (French Institute for International Relations), for the geopolitical dimension.

“It is not an administrative structure as such, but a consortium bringing together the expertise of 6 partners. This will provide coordination and consensus on the data used, which is lacking today,” emphasizes Stéphane Bourg.

To do this, the observatory will first be financed by public funds, at least for its first 30 months. Indeed, the French government has already budgeted this year, as part of its France 2030 investment plan, 1 billion euros ” to strengthen the resilience of the industrial fabric in metal supply chains”. To these will be added ” private funds from industrial federations “, we say to Ofremi. So many means that should allow this new entity to ensure a permanent watch, to deliver advanced studies on technologies, and to analyze the opportunities sector by sector.