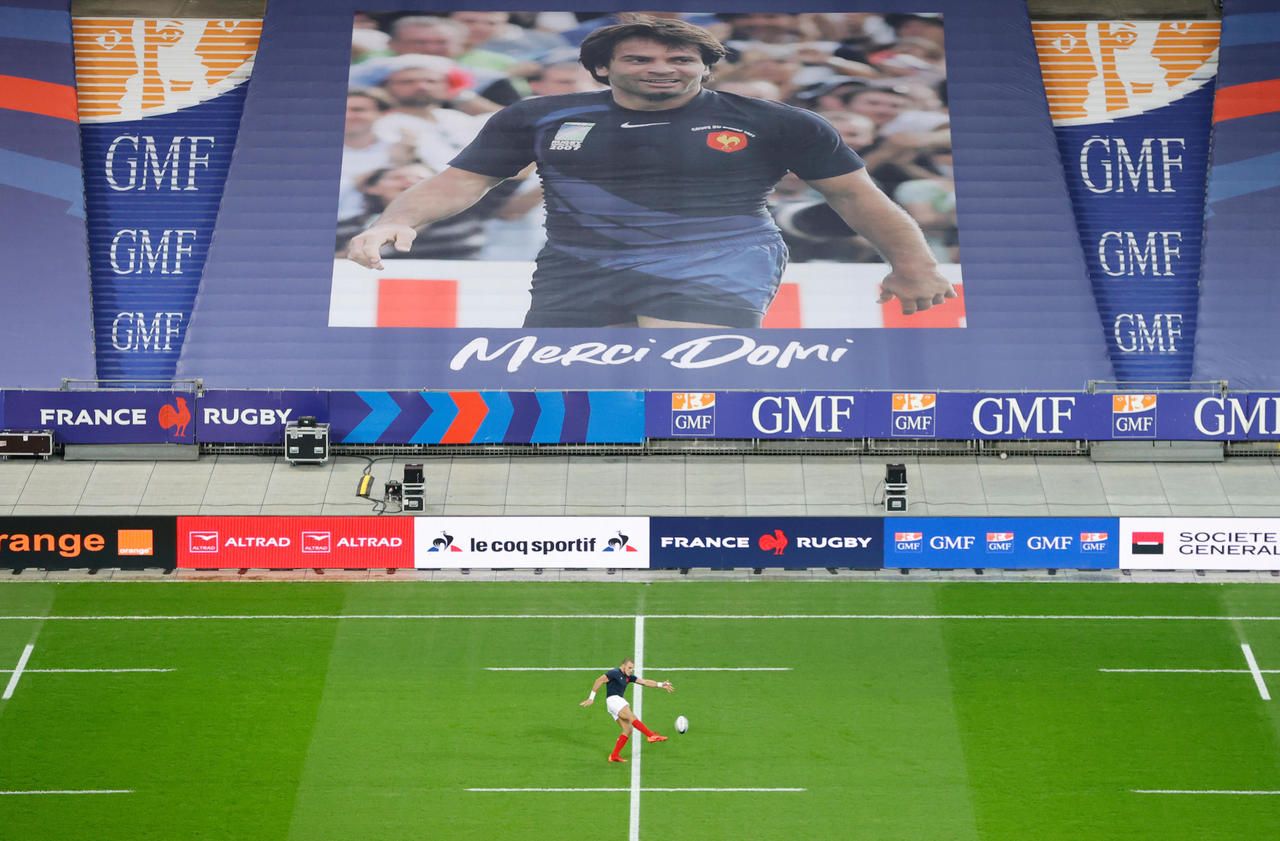 Christophe Dominici, hall driver par excellence and recognized showman, would not have liked the sanitized atmosphere of a Stade de France emptied of its spectators when it came time to welcome Italy. It is unfortunately within this framework imposed by the sanitary conditions linked to Covid-19 that the XV of France paid tribute to one of the most brilliant of its ambassadors.

The twirling winger tragically disappeared Tuesday had honored in his own way the brand new enclosure of Saint-Denis. On February 7, 1998, on a lawn that had not yet tasted the crampons of a rugby player – only Zidane and the French football team had had this honor a few days earlier against Spain for the match of inauguration – Domi scored his first international try during the “crunch” against England.

Domi, this is precisely the mention that captain Baptiste Serin and his partners wore on their left sleeve to greet the one who scored 25 tries in 67 selections. “With fifteen Domis on the ground, we should be able to beat Italy,” commentator Mathieu Lartot said on France 2. Before an icy, heavy moment of silence grips the meager audience.

In front of the presidential stand, a giant banner measuring 10 by 20 meters bearing the effigy of the deceased was deployed. Under his eyes, Brice Dulin warms up. Returning to the Blues after a long absence, he had confided this week that the name of Dominici brought him back to his “childhood memories”. The rear of La Rochelle shares with its predecessor the same physical characteristics: a small size which clashes in the middle of wingers cut like third row. “We necessarily identify ourselves,” Dulin admitted.

Max Guazzini, the historic president of the Stade Français, was in the stands of the Stade de France. Like the president of the French Rugby Federation (FFR), Bernard Laporte, very marked by the tragic death of the player. Coach, he had the winger under his command first at the Stade Français then in the XV of France. “Personally, I lost a friend, even a brother,” Laporte confided after the France group, then in a meeting, learned the sad news. “I wish a great tribute, at the height of what it brought to French rugby”, had promised Laporte. We hope that with the return of the spectators, we will be entitled to a second chance.