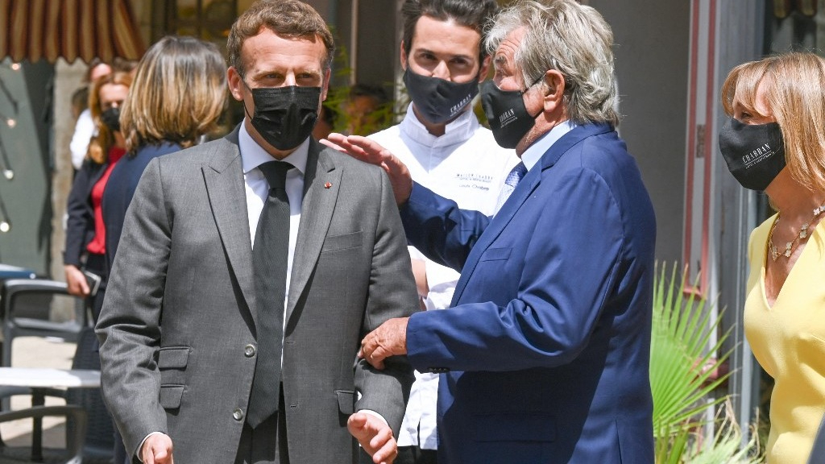 The president of France, Emmanuel Macron, was slapped on Tuesday by a man during an official trip in the Drôme department, where bodyguards quickly intervened and two people were arrested.

The image quickly circulated in the social media and they show how the president approaches a fence to greet the people who were waiting for him on the street. When shaking hands with a man, he gives him a cake with the other.

The Elysee limited itself to confirming that “a man tried to hit him”, although the video gives the impression that he does touch him, and pointed out that they will not comment further, although they did specify that Macron’s exchanges with people continued after what happened.

The head of state was in the area on the second stage of a mini-tour that he is doing for France to “take the pulse” of the country, in his own words, in the same month as the regional elections, which will be held on June 20 and 27, already one year after the presidential elections.

It is not the first time that one of his direct encounters with the population ends with incidents.

In March 2017, when he was still a presidential candidate, he was hit by an egg on a visit to the Hall of Agriculture in Paris, and in June in June 2016, as Minister of Economy of the socialist François Hollande, a group of trade unionists did the same in Montreuil, on the outskirts of the capital.

The reaction of the political class did not take long to show its condemnation for this altercation today. Among them, the Prime Minister, Jean Castex, who spoke in the National Assembly: “Democracy is debate, dialogue, confrontation, expression of legitimate disagreements, but it cannot be in any case violence, verbal aggression and much less physical aggression” , He said.