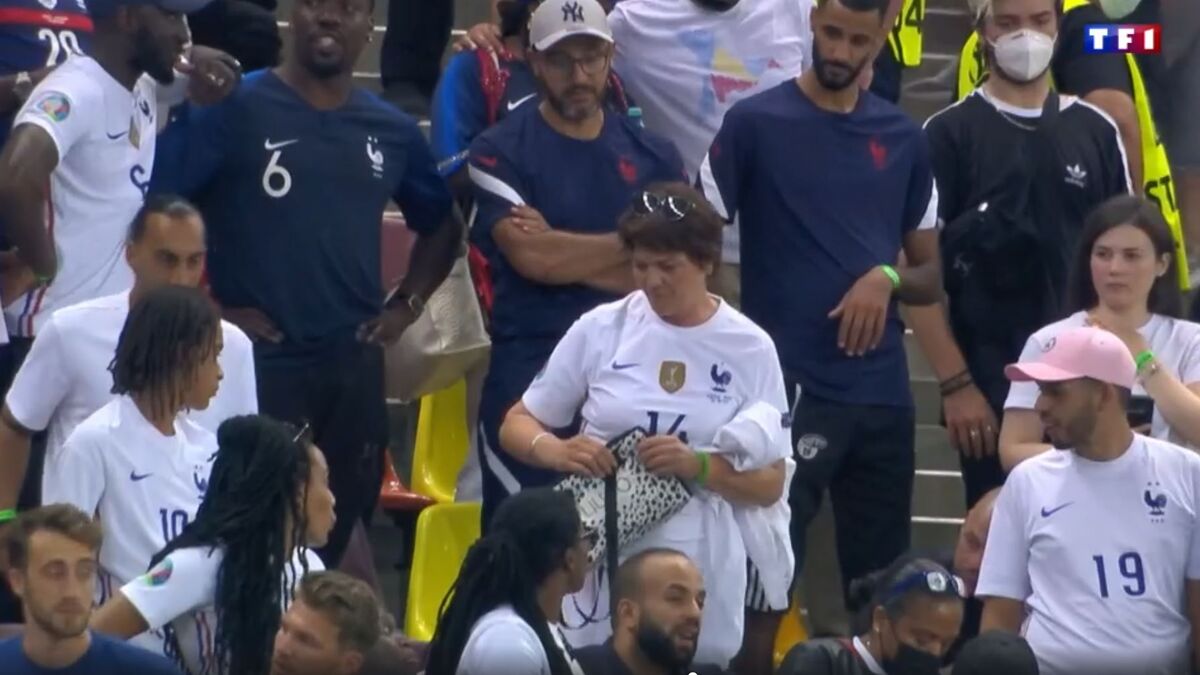 Difficult to measure the impact of such an incident on the Blue family but these images make a mess the day after a rout. The reproaches addressed by Véronique Rabiot, the mother of the French midfielder, to the family of Kylian Mbappé, and in particular to his father Wilfrid, after the elimination of France on penalties against Switzerland, have been filmed by a TF1 camera.

We see Véronique Rabiot, recovered, to launch a few words a lower rank to the father of the striker of the Blues, author of the fatal shot on goal. We revealed to you Monday evening the content of these words. “I hope you will lecture your son”, she said exasperated, before a new spat with the Pogba family and then with a journalist from TF1 in the corridors of the stadium. “And now you media are going to tell the truth (Editor’s note: she is still targeting Mbappé), after what you said about Adrien (Rabiot) in 2018? », She got carried away again.

Something to emphasize, these images do not allow us to draw up the precise context of this confusion. According to our information, relatives of Paul Pogba, located just above, would have been annoyed during the match, and therefore beforehand, repeated losses of the Turinese ball. What did not appreciate the mother of Adrien Rabiot who would have replied at the time of the loss of the ball from Pogba at the origin of the third equalizing goal. The spikes against the Mbappé clan will intervene almost thirty minutes later, at the end of the match.