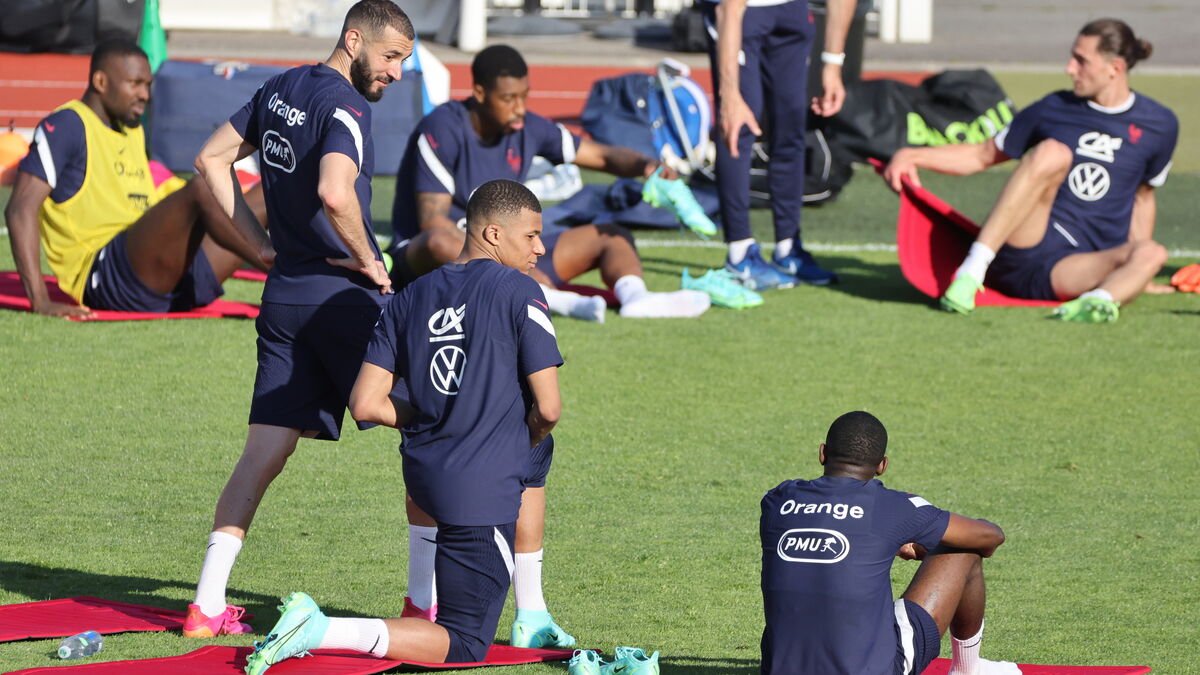 Didier Deschamps makes no secret of the team which should be aligned next Wednesday against Wales, for the first friendly match of the Blues. During training open to the press, the coach set up his typical team this Sunday at the end of the day. The classic defense consisted of Pavard, Varane, Kimpembe and Hernandez, the midfielder revolved around Tolisso as sentry, Pogba on the right and Rabiot on the left and the attack around the trio Griezmann, Benzema, Mbappé.

If the Barcelona was positioned to the right, the latter has often dezoned to support his attackers as he usually does. For their part, Benzema and Mbappé have often switched, and when the Madrilenian picked up the Parisian who took the depth as explained “Benz” earlier in a press conference. “We are very high level players, it’s automatic. If one is in line, the other must go to the left, if one stalls, the other must go deep. Given the level he has both in club and in selection, there is no need to step on it ”.

It remains to be seen whether Deschamps will choose to start Kanté on Wednesday evening instead of Tolisso, which seems unlikely. Winner of the Champions League, and holder on Saturday with Chelsea, Kanté is expected with Giroud and Zouma this Monday at Clairefontaine. It would be reasonable to let him rest Wednesday in Nice, even if with him you never know and that DD has only two meetings to prepare for this Euro 2021. While Thomas Lemar is still in the re-athletic phase after his injury to the thigh, the Blues were entitled to a double ration this Sunday. In the morning, the 23 selected trained under the leadership of physical trainer Cyril Moine with a series of split races on the menu.