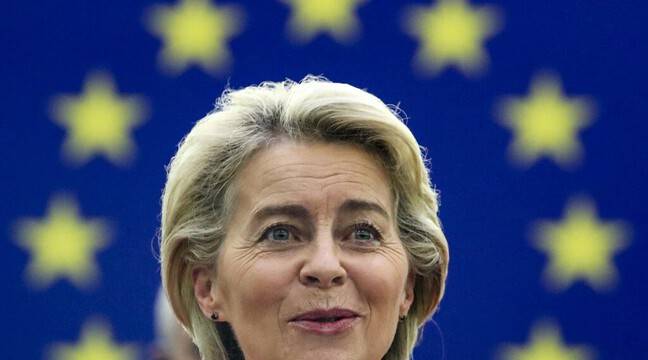 The President of the European Commission, Ursula von der Leyen, found this Monday “unacceptable” the way France was treated within the framework of the security pact concluded between the United States, Australia and the United Kingdom. “One of our Member States has been treated in a way that is not acceptable […]. We want to know what happened and why, ”she told journalist Christiane Amanpour of the American news channel CNN.

Ursula von der Leyen is the first head of a European institution to react to the announcement of this pact, called AUKUS, which resulted in the termination of an important arms contract between France and Australia. Worth 90 billion Australian dollars (56 billion euros), it provided for the supply of 12 submarines with diesel propulsion and was often described as “contract of the century”.

A decision not without consequences

The EU was neither consulted nor informed before the announcement of the strategic partnership for the Indo-Pacific region concluded between Washington, London and Canberra, said Friday the head of European diplomacy, Josep Borrell. The foreign ministers of EU countries will discuss the consequences of this pact on Monday evening, during a meeting in New York on the sidelines of the UN General Assembly.

“Josep Borrell will chair this meeting, which will be the first opportunity to discuss the implications and consequences of this agreement for the EU and its member states,” said his spokesperson.

“The meeting will last two hours and Josep Borrell is expected to report on this with a statement,” he added. To express its anger, France recalled its ambassador to the United States, an unprecedented act vis-à-vis this historic ally, and its representative in Australia, the country at the origin of the crisis. Paris also canceled a meeting between French Minister of the Armed Forces Florence Parly and her British counterpart Ben Wallace.

Jean-Yves le Drian, the head of French diplomacy who will speak at the United Nations platform, accuses the leaders of the three signatories of the AUKUS pact for having concealed their negotiations for months and denounces a “major breach of confidence” between NATO allies.