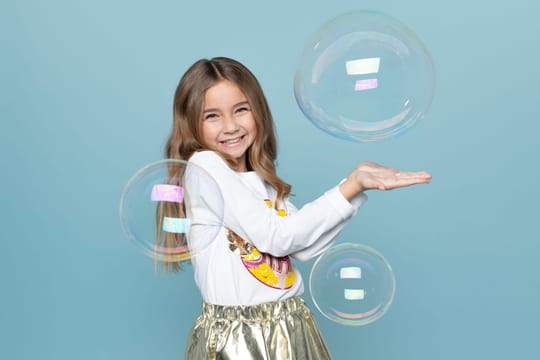 France won the Eurovision Song Contest for the first time with the song “J’imagine”, sung by 11-year-old Valentina Tronel.

This is a first for France in 18 years of Eurovision Junior: a first place! The young singer Valentina, with the song J’imagine, won in this televised competition reserved for 9-14 years old, Sunday, November 29, 2020, against the twelve other candidates. After Angelina, winner of The Voice Kids 4 and second at the Eurovision Junior, then Carla, finalist of The Voice Kids 5 and fifth in the European competition, France 2 had bet on this young Breton, also spotted in The Voice Kids. She had participated in the fourth season, then only 7 years old, but was not selected after the blind auditions.

At 11, the schoolgirl from Thorigné-Fouillard in Ille-et-Vilaine has also appeared in the Kids United New Generation troupe since 2018. She has participated in the recording of two albums, At the end of our dreams in August 2018 and The hymn of life in November 2019. Given the current health situation, the Eurovision Junior did not take place in Poland, each candidate having to register from home.

Invited on the set at 8:30 p.m. Sunday on France 2 after her victory, the young Valentina addressed the Minister of Culture Roselyne Bachelot, seated next to her facing Laurent Delahousse: “As a representative of France and ambassador of Unicef, I would really like to dedicate this victory to all the artists of France and to the world of entertainment in such a complicated period. “