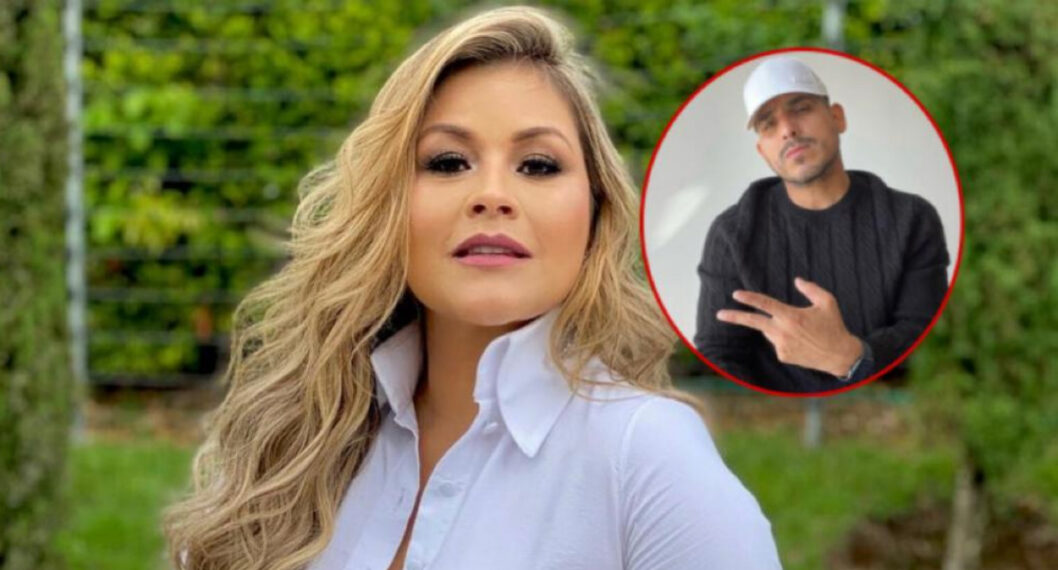 The popular music artist used her Instagram account to inform public opinion of a altercation he had during the most recent concert of the Mexican singer Espinoza Paz in Pereira.

And it is that the ‘show’, in which ‘The popular voice of America’ also appeared, I would have counted on mistreatment towards some of the artists who acted as opening act. According to the interpreter of “Si se fue, se fue”, several of them were locked in a dressing room while the foreign singer performed.

“Well, I want to tell you something. I am very happy to be in the city of Pereira with my entire audience and sing alongside my great friend Jorge Celedón. and well, I thought of sharing the stage with Mr. Espinoza Paz”, the woman initially recounted.

what did he say Francy to Espinoza Paz for mistreatment

Although the singer was calm at first, his tone of voice was changing to the point of showing his annoyance at what he experienced on the night of this Saturday May 21 in the capital of Risaralda.

According to your words, the musician’s attitude was very “rude” by ordering that she and other artists be locked behind the stage so they wouldn’t bother him when he made his way onto the stage.

“I really wanted to see his ‘show’, but a supremely rude attitude. They’ve locked us all up behind the stage because the man was going to pass by and he didn’t want anyone to be there. I just wanted to come to the box, where I am sharing with my very happy family and they behaved very rude, “he added.


As a result of the situation that arose, Francy sent a message to her colleague and asked for more cordiality and respect when she visits Colombia, Well, he stressed that his music is quite admired by the general public and by other singers.

“Humility, Mr. Espinoza Paz. Here in Colombia we love him and, really, we artists here in Colombia like his music. Humility when you come here, I only ask you for that”, finished.

The stories were recovered by the Instagram account of the “I know everything” program, and the publication was commented on by the singer. Yeison Jimenezwho took the opportunity to throw a dart at Paz.

“I have a better one for you. Popular music artists hit him and now if they hire him he says he doesn’t show up where we sing. Maybe we are the craziest foreign country in the world! I love you, mona,” she wrote.

CRISTIANO RONALDO FINISHED THIRD: This is how the Premier League scoring chart remained