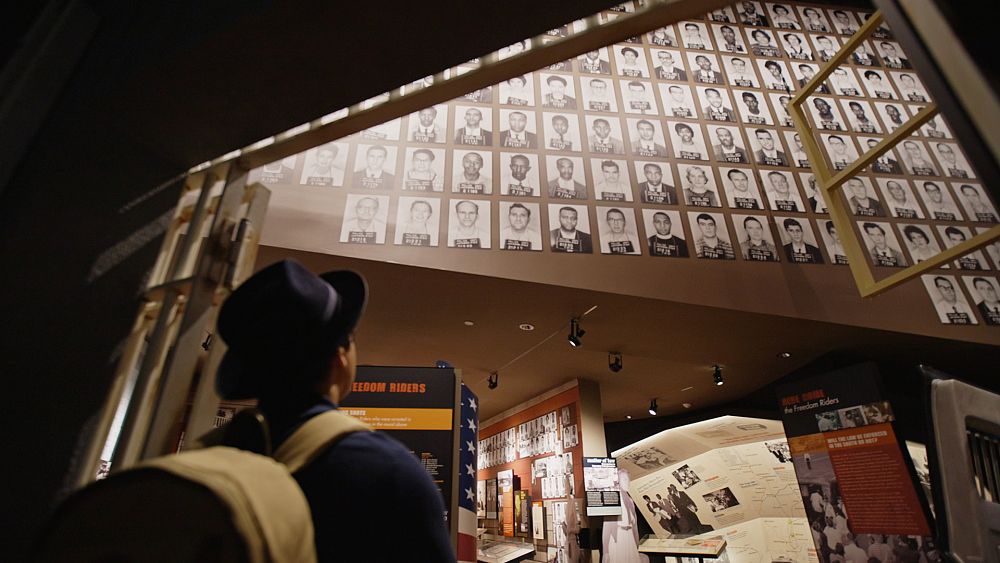 Jackson, Mississippi was at the center of the American civil rights movement in the 1950s and 1960s. As the home of activists like Medgar Evers and the scene of some of the nation’s most significant protests of the era, Jackson was at the heart of the fight for equality in the United States.

Of every city in the American South, Jackson tells both the sad tale of oppression and slavery and the inspiring tale of fighting racism.

The site of the 1963 sit-in strikes that prompted then-President John F. Kennedy to crack down on racial segregation can still be visited today. Also accessible is the Greyhound bus terminal, made famous by the 1961 Freedom Rides.

The Mississippi Freedom Trail runs through the city. We’ve picked a few must-visit stops to learn about Jackson’s moving history.

Medgar Evers was a pioneer of the civil rights movement who lived in Jackson. One of many African American men to fight in World War II, Evers was returning from Europe, where he had taken part in the Normandy landings. At home, he was expelled from the polling station at gunpoint.

One of his first groundbreaking actions was boycotting gas stations that denied black Americans use of their restrooms. Evers then became a policy officer for the National Association for the Advancement of Black People and campaigned tirelessly against segregation in education.

After opening an investigation into the lynching of Emmett Till, Evers drew the ire of white supremacists and was eventually shot dead while carrying “Jim Crow Must Go” t-shirts into his home.

The house that Evers lived with his wife and family has been restored and is now a museum in his honor. It’s a must-see on your trip to Jackson, Mississippi.

Get the full story at the Mississippi Civil Rights Museum

A visit to the Mississippi Civil Rights Museum in Jackson is a must for any visitor of the Civil Rights Trail. This unique and moving museum lets you see the stories of the civil rights movement through the eyes of those who were part of it.

Eight galleries tell the story of the path taken by Afro-Americans from the transatlantic slave trade to the present day, from civil war reconstruction to Jim Crow, Brown v. the Board of Education and the murder of Emmett Till.

Don’t miss the personal accounts of those affected by this critical time and the unique artifacts on display. Additionally, the beautiful architecture and art makes for a meditative experience.

One can’t talk about civil rights without mentioning the blues – the genre that gave voice to the experiences black people went through in the south of the country.

The Mississippi Delta is the birthplace of the blues, and Jackson is home to some classic juke joints and blues bars that keep the blues spirit alive.

The Farish Street Historic District was once the heart of African American culture, and while it’s only a shadow of its former glory, you can still visit the authentic Juke Joint F. Jones Corner there.

F. Jones Corner serves classic comfort fare to enjoy in a communal atmosphere. There are also performances by local and regional blues acts, keeping the music alive at this heritage site.

Another area haunt, Hal & Mal’s, hosts regular live music events while savoring delicious Southern cuisine. This is a must for any tourist who wants to experience the true flavors of Jackson.

Farish Street, once the largest center for black business in Mississippi, is now a monument to the cultural and social life of African Americans during the segregation period.

During the post-war boom of the 1940s and 1950s, Farish Street swarmed with customers. Because black Mississippi residents built their own community and businesses because they were barred from white areas by Jim Crow laws.

As a result of the Civil Rights Act of 1964, many African Americans moved their businesses to other areas, leading to the neighborhood’s decline despite numerous attempts at revitalization.

Farish Street remains on the National Register of Historic Places and has commemorative markers on notable buildings such as the Alamo Theater.

The vegan crash: Beyond Meat & Co.: the hype is followed by disillusionment