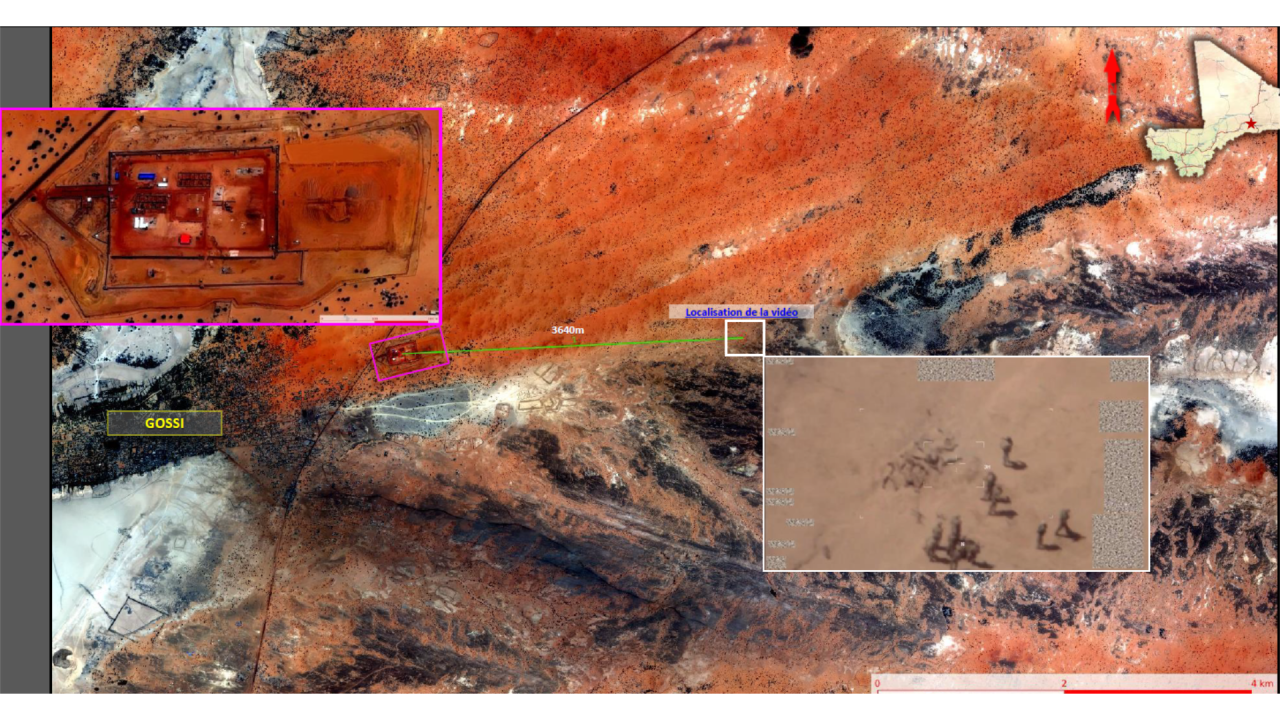 The French army accuses Russian mercenaries of having tried to make Operation Barkhane soldiers take on abuses near the Gossi base in northern Mali. The staff denounces “an informational attack”, when officially handing over the keys to the base to the Malian armed forces.

L’French army filmed what she claims were Russian mercenaries burying bodies near the base of Gossi, in the north of the Mali. According to the soldiers, these individuals were in the process of creating a mass grave from scratch with the aim, then, of accusing the French of being responsible for it.

This case comes as the French army, as part of its disengagement from Mali announced in February, officially handed over the keys to the Gossi base to the Malian armed forces (FAMa) on Tuesdaywhich accommodated 300 French soldiers.

The next day, in the evening, a message is published on Twitter. “An account, which we know to be false, of an individual who poses as a Malian soldier, warns that images of corpses and a mass grave will be broadcast”, tells on France 24, Wassim Nasr, journalist at France 24 In illustration: an image of the French armies.

Thursday, April 21, the account actually publishes a photo of blurred corpses buried in the sand, with the comment: “This is what the French left behind when they left the base at #Gossi (…) we can don’t keep silent about it!”

Today I am going to speak to you @FRANCE24 of a sordid history, an incipient misinformation, corpses, sand, mercenaries and an institution which has decided that it is time to lay its cards on the table and show what it is capable of seeing by day… like night pic.twitter.com/lvPkcDAiY0

“Except that the French armies captured, with aerial means, this same scene. And on these images, we indeed see individuals filming the scene subsequently published on social networks”, explains Wassim Nasr.

In this video taken using aerial means, to which France 24 had access, and which the French general staff describes as an “informational attack”, we can see Caucasian soldiers busying themselves around corpses which they cover with sand.

“This is the first time that the French army has decided to reveal these images, normally confidential, to denounce disinformation”, continues the journalist. “It’s a way of taking the lead in showing the journey of this misinformation.”

“This maneuver to discredit the Barkhane force seems coordinated. It is representative of the multiple information attacks to which the French soldiers have been subjected for many months”, continued the staff.

Paris has decided its military withdrawal from Mali in a degraded security context and against a backdrop of tensions between France and the military junta in power, accused by Westerners of using the services of the Wagner group. Bamako evokes for its part simple Russian advisers.

On Tuesday, the staff had warned to expect informational attacks on the occasion of the handover of the Gossi base. His spokesman, Colonel Pascal Ianni, had specified that a “documented” inventory of the base had been drawn up, to protect France from possible accusations. An allusion to the anti-French sentiment that has gained ground in the region and has caused France to be the subject of smear campaigns on social networks. “Several months ago, the French forces were accused of participating in trafficking (…), of arming terrorists and even of committing abuses”, recalled Colonel Ianni.

Exactions perpetrated by the Wagner group?

The French army also believes that “the comparison of the photos published on Twitter and the images collected by the specialized sensor makes it possible to make a direct link between what Wagner’s mercenaries are doing and what is falsely attributed to the French soldiers”. According to her, these “exactions testify to the modes of action implemented by Wagner’s mercenaries, which have been observed in the Central African Republic since (his) deployment and which have been denounced by many international organizations and NGOs”.

“Since the beginning of March, several massacres have been recorded in central Mali. Systematically, according to witnesses, Wagner troops are present”, abounds Wassim Nasr.