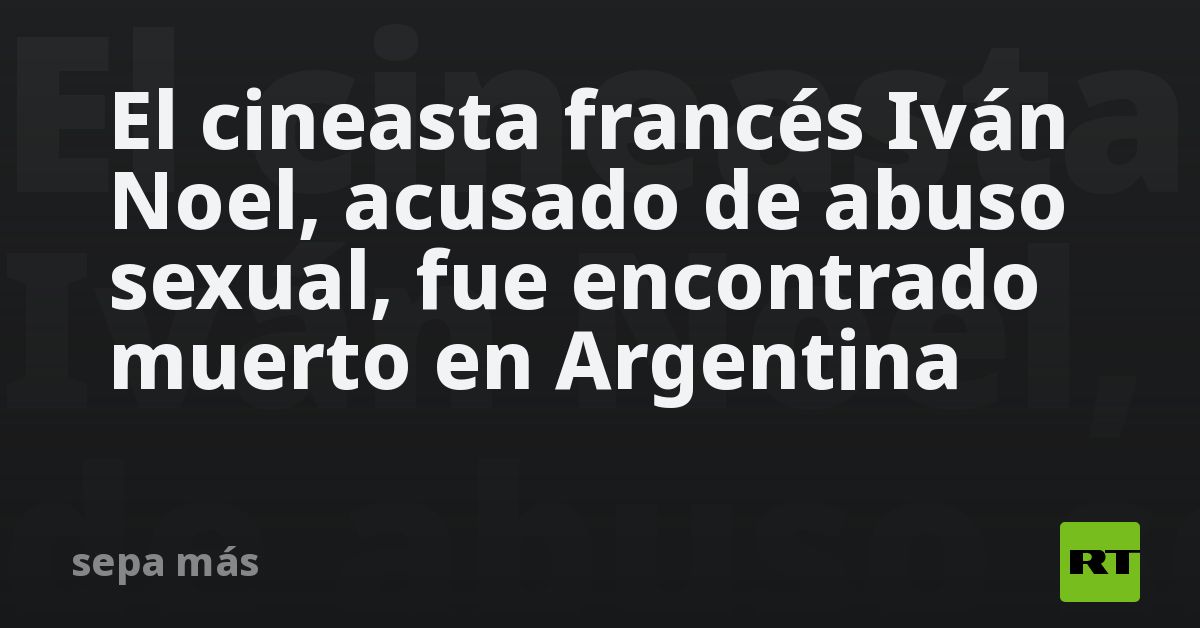 Better known as Iván Noel, the French filmmaker Yves Noel Couldrey, 52 years old and based in Argentina, was found dead this Monday, July 19, in his ‘motorhome’ in the Argentine province of Córdoba, according to inform local media.

Noel had been convicted in France for sexual abuse against a minor under 15 years of age and was also investigated in Argentina by the Prosecutor for Crimes against Sexual Integrity of the city of Córdoba, following a complaint by three adolescents for alleged sexual abuse committed during the filming of the movie ‘Cordero de Dios’, which was shot between late 2018 and early 2019.

# IvanNoel was accused of #AbuseSexual by three teenagers who participated in the filming of one of his films in 2019. Before he died, he posted a farewell video on YouTube showing cyanide pills. https://t.co/hJMy5Fpalh

Hours before his death, the filmmaker had published on his YouTube channel, Noel Films, a video entitled “The goodbye without sadness of Iván Noel.” The apparent farewell note was later removed from the platform. Justice solicitous conducting an autopsy to determine the causes of death.