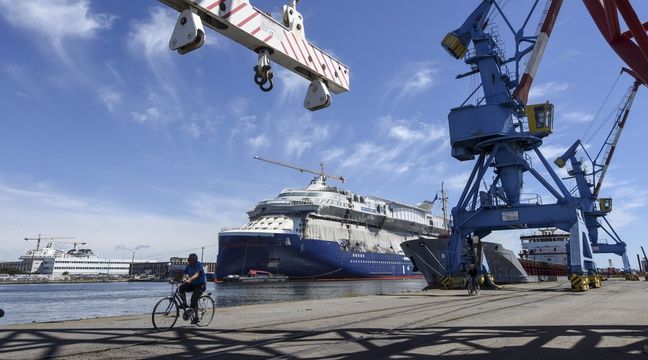 Four weeks off. The French government on Wednesday granted in extremis a new period of one month to the Italian Fincantieri to prevent the sale from Chantiers de l’Atlantique hood, unions and local elected officials deploring the continuation of the project. The sale agreement provided for the operation launched in 2017 and extended four times since to be finalized by December 31.

However, the Italian public group has still not submitted to the European Commission the information it requests from it in the context of its in-depth investigation into the impact of the sale on competition in the shipbuilding sector. Fincantieri, for its part, claims to have already done everything it should and can do for this acquisition.

The government justifies this delay by the coronavirus crisis

The French government finally proposed to Fincantieri “the extension of the sale and purchase agreement for a new period of one month,” according to a message from the ministry received by AFP.

To justify the new deadline, the French ministry argues that “given the Covid-19 crisis which has strongly affected cruise activity, it was decided to suspend the work of the Commission in the spring”.

“The watch is blocked” for the European Commission

By keeping the buyout plan alive for an additional month, the French government hopes to unblock a difficult case which could very well remain so: for the European Commission, “the watch is blocked” because “the missing information is not provided by the parts “. “On our side, we cannot do more,” Fincantieri told AFP on Monday.

For David Samzun, socialist mayor from Saint-Nazaire where the Workshops are located, “the political will is not there”. “I have always said it, the subject is no longer a financial subject, the subject today is purely political, that is to say who takes political responsibility for the non-fulfillment of this contract and for the non-sale? », Affirms to AFP the elected official opposed to the buyout project, just like the presidents of the department and the region. “This is not good news”, for its part reacted the Force Ouvrière union, in favor of the French state “retaining full control of the Chantiers de l’Atlantique”.

Since the bankruptcy of the South Korean parent company of Chantiers, the Saint-Nazaire company, specializing in liners and large military vessels, has been owned by the French State (84.3% of the capital), Naval Group (11.7%), employees (2.4%) and local companies (1.6%).

Since 2017, a sale plan provides for Fincantieri to hold 50% of the capital, plus an additional 1% loaned by the French State – which reserves the right to take it over if the Italian group does not respect its commitments.

The file is strategic, the construction sector of large cruise ships still constituting a European preserve in the face of competition from Asia. Three sites share the market: Chantiers de l’Atlantique, Fincantieri and the German Meyer Werft.

See Also:  The impressive renting of the Dacia Duster. Attention to surprise