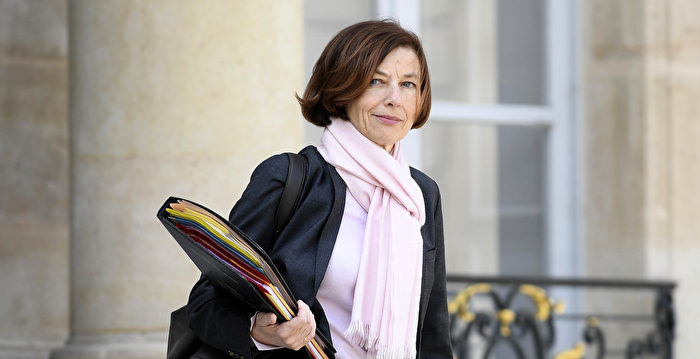 [Epoch Times September 25, 2021](New Tang Dynasty French reporter Zhan Wan interview report) A few days ago,French Ministry of DefensesubordinateInstitute of Strategic Studies of the French Military Academy, The publication of an analysis report called “The CCP’s Influence Action” caused a sensation. The report fully revealed the CCP’s attempts to influence, infiltrate, and control the world on a global scale. More than 30 French media followed up on the report.

The report was 646 pages long, lasted for two years, and was investigated and studied by more than fifty experts. Written by Jean-Baptiste Jeangène Vilmer, Dean of the School of Strategic Studies of the French Military Academy, and Paul Charon, an intelligence and China expert. During the investigation, the head of the investigation report team of the Ministry of National Defense deliberately avoided all pro-communist scholars, sinologists, pro-communist research institutes and politicians.

The six-hundred-page article sorts out the deepening and extensive global network that the Chinese government has deployed in recent years to expand its influence from four aspects.

Listen to the news:

(Listen to more“Listening to the Era”）

The Chinese Communist Party coerces, controls, misleads, confuses, and suppresses all those who may pose a threat to the survival and hegemony of the CCP. Through its diplomacy, media, universities, diasporas, and culture, it gradually penetrates Western countries and shows its so-called positive in the world. Image.

As soon as the report came out, it attracted strong attention from the French media circles. More than 30 mainstream media reported on different titles:

French La Libération: Influential Action: The CCP’s “Three Wars”
Le Monde: How does China strengthen its war of influence to show its strength
“Culture News”: China’s influence strategy: a huge network, now wants to impose itself on the rest of the world
French “Information”: China’s influence network: Sweden and Taiwan are one of China’s primary targets

When answering a reporter’s interview on the second day of the report, the Chinese Embassy in France used the customary method of deliberately conflating the difference between the CCP and China: “This is a naked anti-Chinese smearing behavior,” but it evaded the massive facts in the report.andFrench Ministry of DefenseThe investigative report team specifically emphasized when publishing this report: This report exposes the CCP, not China.

Report: The biggest enemy of the CCP is the CCP itself

This analysis report pointed out that the ultimate goal of the CCP is to surpass the United States and impose its own model on the world. The report sorts out the CCP’s deployment and development trajectory from four aspects.

The first is to make full use of its united front to promote the “three wars” (wars of public opinion, psychological wars, and legal wars).

The second part involves all aspects of participation in the operation, including the party, the state, the army, and the company.

The third part involves the CCP’s actions to expand its influence overseas. On the one hand, the CCP uses positive reports to win the favor of foreign people. On the other hand, it conducts external infiltration and coercive operations. The scope of its actions involves diasporas, media, diplomacy, economics, politics, education, think tanks, etc., as well as operations involving manipulation of information.

In the fourth part, Taiwan and Hong Kong have become the first front in Beijing’s “political war”. The next focus is Australia and New Zealand. The second phase of the “political war” focuses on the rest of the world, especially Europe and the United States.