French soldier injured in operation on Saturday in Mali 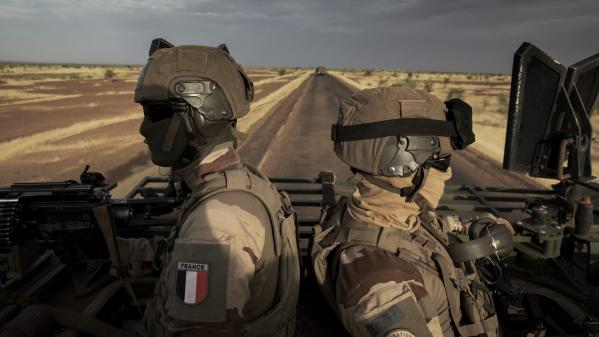 The soldier is in serious condition, his armored vehicle jumped on an artisanal mine.

A French soldier was seriously injured Saturday, December 7, 2019 in Mali in the explosion of an artisanal mine, announced the staff of the armies. The explosion took place in the late morning on a track that connects Niamey, the capital of Niger, to Gao located in Mali. This road is nicknamed "the road to death" because of the many attacks perpetrated by a group called the Islamic State in the Great Sahara.

Two years ago, the French army had driven the jihadists by putting a lot of resources in the area, but they have been back for a few months. The French anti-jihad operation Barkhane, which succeeded Serval in 2014, mobilizes 4,500 soldiers in the Sahel-Saharan strip, a vast area like Europe, in support of the national armies that are fighting jihadists

Thirteen French soldiers died on November 25 in Mali in the collision of their two helicopters while pursuing jihadists. This accident had brought to 41 the number of French soldiers killed in the Sahel since the beginning of the French intervention in 2013.

Related topics
Your opinion is valuable.

Help us improve our site by answering our questionnaire.

I give my opinion

France Télévisions processes your personal data in order to improve franceinfo products and to answer more precisely your needs. To exercise your rights on your data, contact us. To learn more, click here.

Okay Sundar: Where is Google heading?

Violence against women, a new case of unlocking employee savings