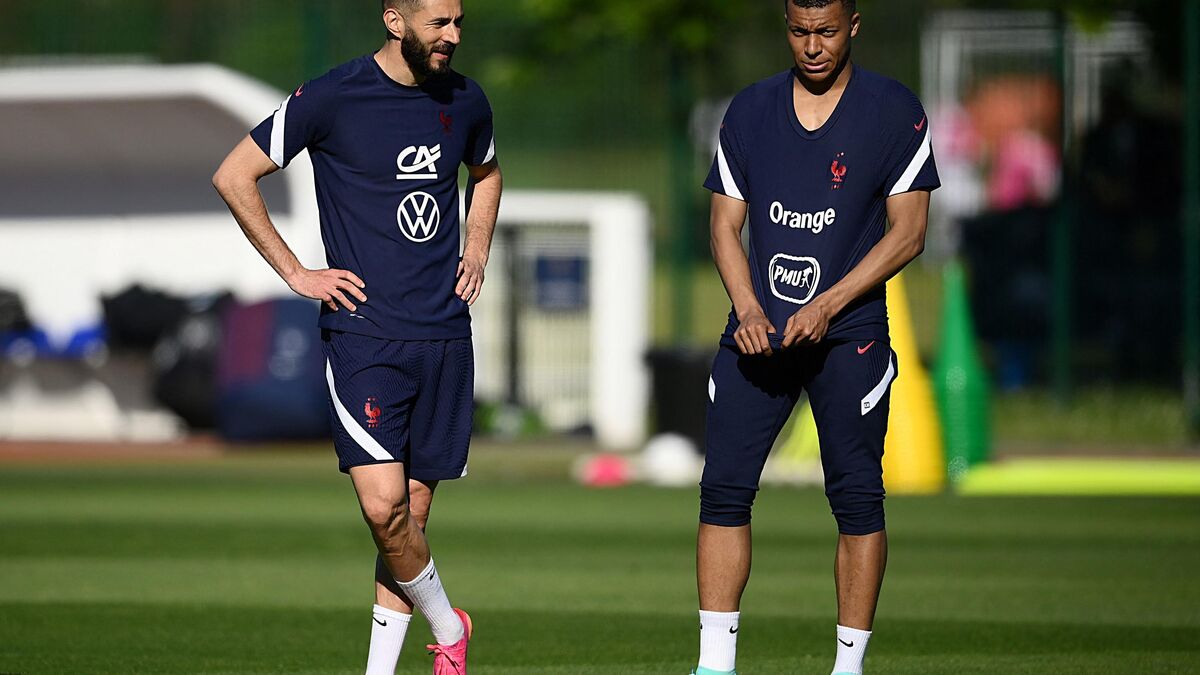 One hour of training this Monday afternoon for the French team, under the sun still shining in Clairefontaine (Yvelines) since the start of preparation for Euro 2021. Twenty-two players, including three goalkeepers, have started the collective session, light on the eve of departure for Nice where the first preparation match against Wales will be played on Wednesday evening. Once again, only Thomas Lemar remained apart. The attacking midfielder of Atlético de Madrid will not play this meeting and continues his work of recovery after his thigh injury in early May.

On the program for Didier Deschamps’ group: a long warm-up without then with the ball before a big toro including all the players, including the goalkeepers. After this exercise, Benjamin Pavard left his partners. A simple precaution for the right side of Bayern Munich, who should hold his place in defense on Wednesday night. The Blues ended the day’s session with strikes on goal, including penalties, for part of the group.

The good news also came from the PCR tests carried out in the morning. All are negative and the group will be able to calmly take the direction of the Côte d’Azur on Tuesday. Mbappé, Benzema and Pogba will be joined by the last three summoned: Kanté, Giroud and Zouma. The three Chelsea players, Champions League winners on Saturday against Manchester City (1-0), will live their first hours with the France group in Nice.

After a plane ride at the end of the morning, the Blues must go to the Allianz-Riviera in Nice at the end of the afternoon. Hugo Lloris, who will celebrate his 100th selection as captain, and Didier Deschamps will have a press conference at 5 p.m. while training will begin an hour later.