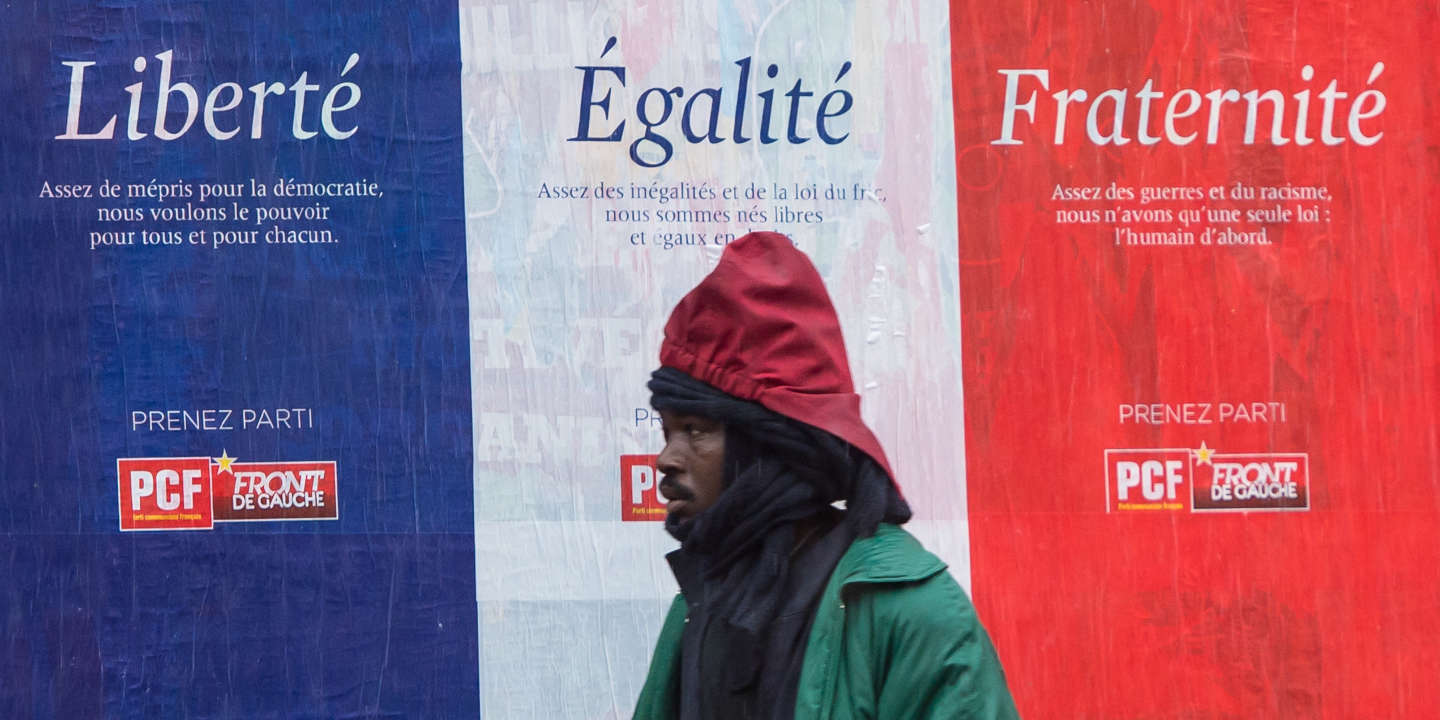 With patience and humor, François Gemenne deconstructs prejudices on the migration issue in his latest book, We all have a black friend (ed. Fayard). Supporting figures, the researcher on climate and migration at the University of Liège shows that no, it is not “All the misery in the world” who come to Europe, but rather people from the middle classes, more educated and who aspire more to entrepreneurship than the French. And no, migrants are not expensive for the French social system, any more than there is “Migratory wave”.

The Belgian political scientist shows, moreover, how current reception policies reveal to what extent France does not manage to fully think of itself as a multicultural society and struggles to integrate non-white people into its identity.

The title of your work, We all have a black friend, refers to this phrase used to get rid of any racism and suggests that one can be racist without realizing it…

Francois Gemenne Absolutely. It is very important, in order to fight against discrimination, to be able to recognize the part of racism that there is in each of us in the way we look at those who are different from us. I, who am white, must know that I enjoy a certain number of privileges as such. I haven’t bothered, for example, to renew my expired ID card because I know I’m not getting checked by the police. It is certain that if I had had another color of skin, I would have been very careful to have the papers in order.

You talk about “white privilege”. In your opinion, its defenders and its critics are not talking about the same thing.

You explain that the border encloses foreigners in a radical otherness as if we could not see in the other someone who looks like us. Is this a failure of this French universalism?

In a way, yes. For this French universalism is conceived only within national borders and considers that there is only one type of French citizen, which he tends to oppose to others. Paradoxically, French universalism has lost its universal and cosmopolitan dimension. He no longer considers all humans to be equal. Only those on the right side of the border are equal, only because of this situation.

Does this explain why the confusion between immigrant and foreigner is maintained, in particular for postcolonial immigrants?

Yes, France finds it difficult to think of its identity as that of a multicultural country, and no longer according to a model of white citizen. It must renew its public representations and its collective imagination in order to integrate these immigrants into its identity. The expressions “second generation” or “third generation” are nonsense. Being an immigrant is an individual status and not an identity. We do not pass it on to our children. I am Belgian but, because I am white, I am never considered a foreigner in France. However, many children of immigrants or French citizens from overseas departments and territories are often considered as foreigners because of their skin color or their religion.

This is due, you say, to the model of the nation-state which would no longer be suitable…

The nation-state was born in the 17th centurye century with the Treaty of Westphalia, which is based on the idea that the geographic borders of the territory correspond to the demographic borders of the population and to these the political borders of sovereignty. However, migrations shatter that to pieces, because we have both several populations mixed on the same territory and the same population dispersed over several territories. Every year, tens of thousands of French people move abroad. Very attached to this idea of ​​the nation-state, France has long defended an assimilationist model for integration. Hence the difficulty in recognizing itself now as a multicultural nation, which is no longer just Catholic and white.

What to think of the evolution of the vocabulary used to talk about migrations? We first spoke of emigrants, then of immigrants and finally today of migrants…

Terms related to migration are increasingly pejorative. In the past, migrants were seen as pioneers, adventurers. Today, they are seen more as a threat. Talking about migrants assumes that they are always on the move, as if they were just passing by and not intended to settle. Suddenly, we consider that it is not necessary to develop adapted reception policies. However, the current immigration and asylum policies for those who come from the other side of the Mediterranean – and therefore the institutions which manage them – are dehumanizing and fundamentally racist in that they consider these foreigners to be inferior. They incorporated the idea of ​​racial hierarchy. But, in a democracy, we are all accountable for the actions and policies decided by our governments, even if we did not vote for them. We have to recognize that there is structural and institutional racism.

Structural racism that is also expressed within the French police?

Acts of racism or police violence are treated as isolated cases. But by analyzing the statistics, we can clearly see that there is a large number of individual cases, to the point where something structural is being established within the police. This does not mean that all police officers are racist, but that the way in which the institution deals with the issue reflects institutional racism. Because the police are the custodians of public authority and because you do not choose the agents you are dealing with, there is a requirement of total blamelessness.

Do we need ethnic statistics to measure this racism?

We can only fight effectively against discrimination if we have a means of objectifying it in order to measure it. There are today in France a whole lot of reasons, notably linked to the universalism mentioned above, which prevent these ethnic statistics from being produced. There is also the fear of the instrumentalisation of these ethnic statistics by the extreme right, but I tend to think that it is a terrible defeat to refrain from having adapted instruments that would allow us to better understand the discrimination for fear of the use that the extreme right could make of it.

This series was produced in partnership with the Res Publica association as part of the Les Dynamiques project.