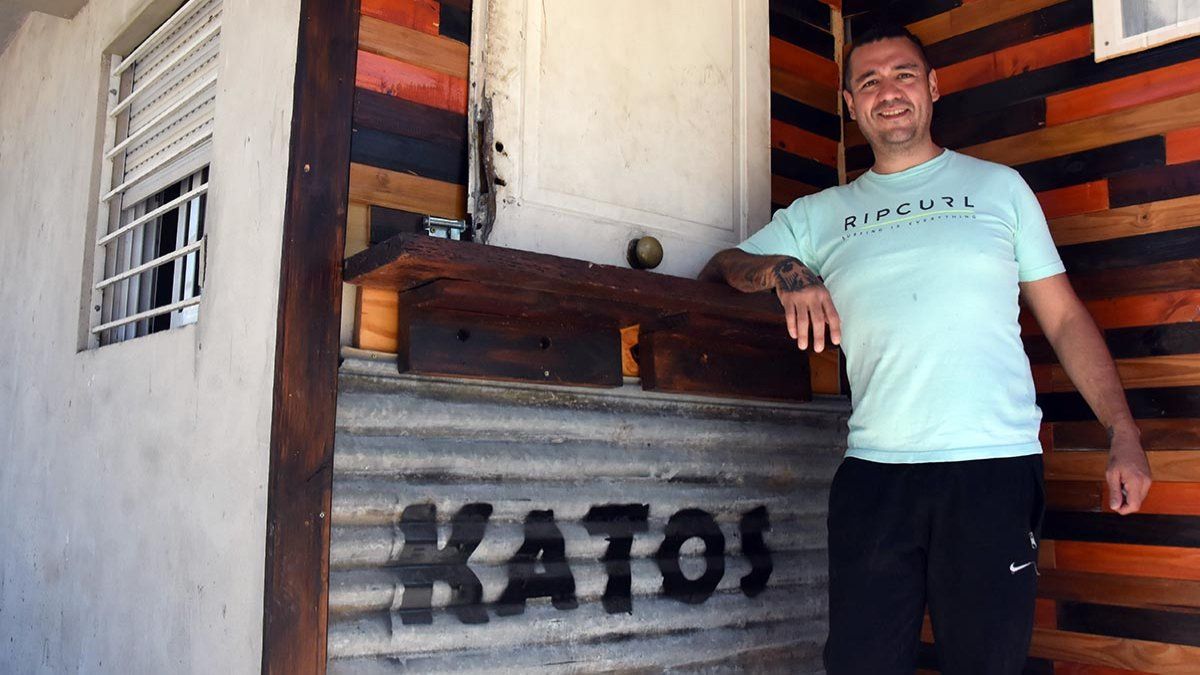 The pandemic changed everyone’s life, but nobody as much as Adrián Martin who, in a matter of weeks, went from being a cook to running his own bar to work from camillero in Castro Rendón, in the most critical sector of the battle against Covid. He did not plan to go to hospital, but today he feels that he found a new vocation, although he is still surprised at the 180 degree turn that fate has brought him. “ What I used to see in an emergency room on TV, now I live it”, He stressed.

Before the pandemic, Adrián’s vocation was to be a kitchen chef. In July 2019, he managed to install his own bar on Anaya street, near Route 22 and his life passed between suppliers of craft beer, new recipes on the grill and the menu of the day to go.

Due to the crisis, the place had little movement and He kept him afloat as best he could, until the pandemic hit him. “Once this closing thing started, it didn’t work at all and I started moving around to see what else I could get; right there they called me from the hospital ”, he recalled.

It was April, hardly anyone was on the streets and the peak of infections in Neuquén was still far away. Adrian se had presented in a contest to enter Castro Rendón long before the pandemic, so he no longer expected to be called.

From what he was informed, the health emergency had been declared and there were orderlies of legal age, who were a risk group and had to stay at home. So the hospital needed to replace them with new staff.

He said that, at that moment, “I put everything in the balance, and I didn’t know it was going to get so ugly, but I couldn’t hold the bar either and I said yes because they guaranteed me an income, nothing more”.

“I had no experience in Health and I knew there was fear, because not everyone wanted to go to work at the hospital, but at first I was calm and little by little I got to know the rest, because we entered five that time, “he said.

He had to “stretcher”, as they say in the jargon, from day one. They also gave him training on Covid and, little by little, he learned the new trade. His routine no longer included grills or beers, but the smell of bleach, both light blue and patients entering the guard with ailments of all kinds.

What impressed him most about his new job was having to go to the morgue. Adrián confided that, at this point in the game, “I had to take many deaths and it is almost one more task, but I don’t forget the first”. He added that, “because we are so exposed in that sense, we do five days of work with five days off and they give us psychological assistance, if not it is very strong.”

“For the one who does not know, what happened here is unimaginable; the one who had an accident or a knife, abandoned people, everything; What I used to see in an emergency room on TV, now I live it”, He stressed.

Like many health workers, Adrián was also exposed to the coronavirus and fell in one of the shoots inside Castro Rendón. The first wave of infections in its sector occurred in July, with seven sick and 30 isolated people. The second, in October, he caught up with him and three other colleagues.

“There you realize it and you open your eyes because, until the first outbreak, we kind of saw it but we didn’t give it much importance, until it hit us closely, with a colleague who to this day has to go to surgery for the The issue of bedsores and he’s 56 years old, he’s not that big either, ”he commented.

Adrián began to feel ill on Mother’s Day. That Sunday, he had a discomfort in his body that he attributed to fatigue and finished confirming that it was Covid the next day, before the swab, when he woke up from a nap and noticed that he had lost his taste and smell.

The first thing he thought about was his family members and the risk they could be exposed to. He said that it affected him a lot “because andI started to remember very young people with respiratory assistance that I had to carry and you make your head”.

“I look back and what happened to me is very crazy, because Before I was a person who looked at blood and it impressed me and today I am used to going to the morgue three times a week”, He explained.

After half a year as an orderly, he is no longer sure that his vocation is still cooking. “Today I would have doubts about whether I want to continue with this or go back to the bar because, if I put it on a scale, I think I like both, but at this moment the hospital weighs more, because of the solidarity work you see there,” he revealed .

He pointed out that he feels admiration “for those who have 20 or 30 years of experience in the hospital and have lost very close colleagues with Covid, because there are those who say it is a lie and I, now that I live with doctors and nurses, I understand that they are people ungrateful or foolish ”.

He pointed out that his family is not surprised by such a resounding change in his life, “because I always had a helping personality although, of course, I never imagined ending up in this”. 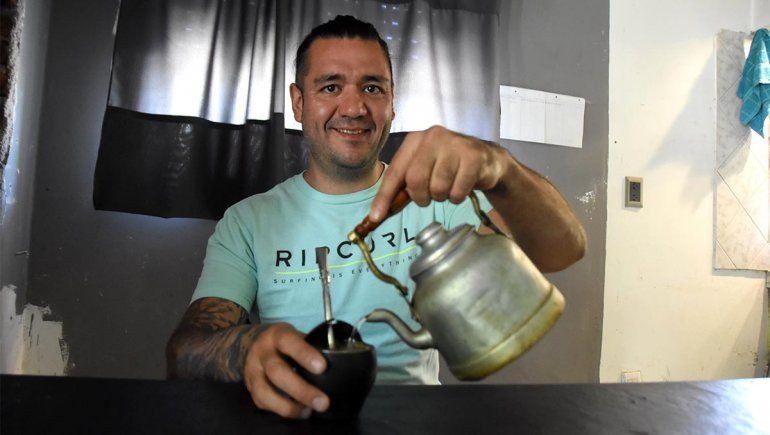 Smelled bleach and felt nothing

Adrián went through the Covid with almost no symptoms. The most notorious was the loss of smell and taste, which he describes as an unimaginable sensation.

He said that on Monday, October 19, when he began to feel tired and sore, “I went to bed for a nap and, when I get up, It was literal, I lost my sense of smell and went to the fridge to eat something and I didn’t feel anything either”. He hadn’t been swabbed yet, but at that point he knew for sure he had Covid.

“All the time I did the test with bleach, the smell is strong but I didn’t feel it; And with the taste, I tried vinegar or bit ginger, but nothing happened, which is re crazy, “he said.

Fortunately, he said, no one else in his family was infected. At first, he was alarmed because he had greeted some during Mother’s Day, but the distance and the care were enough.

Today, he is still in the hospital, grateful “that I had a good time with the Covid, in everything.” He was discharged on October 31 and asked to take viral load tests because, if he is fit, his plan is to become a plasma donor.