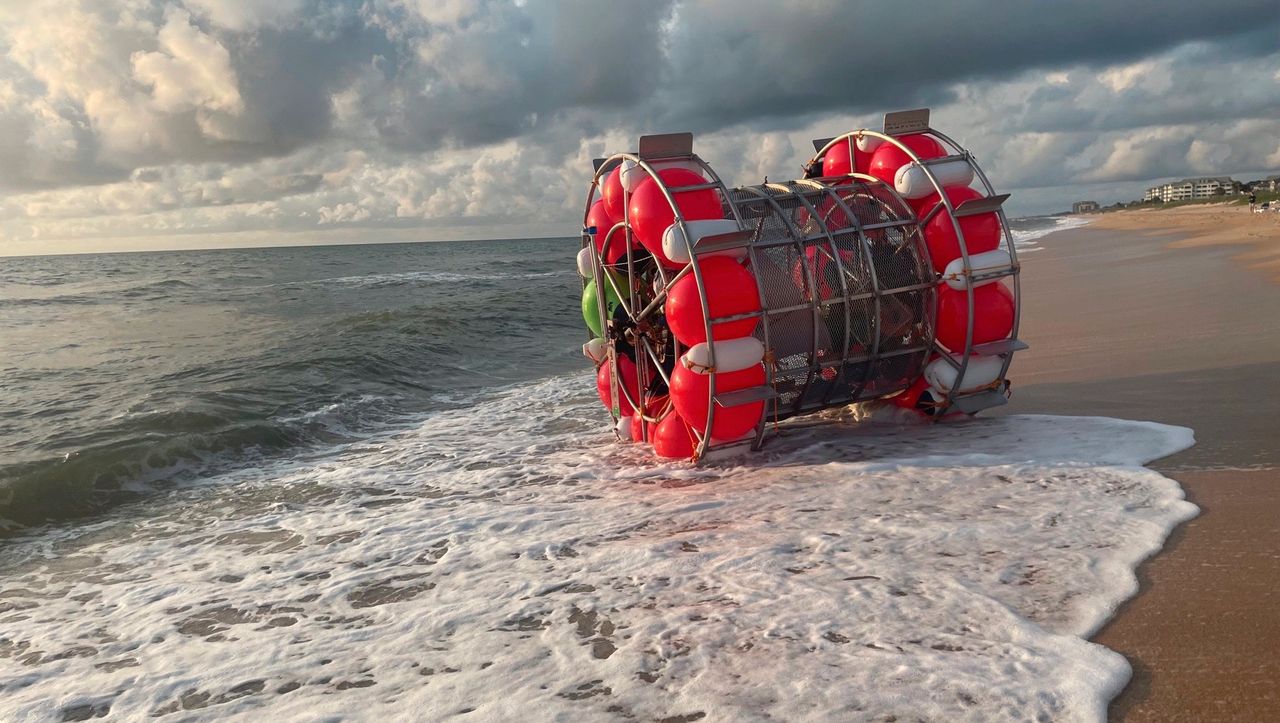 A man runs across the water: the adventurer Reza Baluchi wanted to get from Florida to New York in his »Bubble« – a raft powered by muscle power in a running wheel. He would have had to pedal over 1,000 miles, around 1,600 kilometers, in his round cage and move the wheels packed with shovels and floats.

But his excursion came to an abrupt end shortly after it started in St. Augustine in the home “Sunshine State”. Beach walkers watched the baluchi wash ashore in Flagler County on Florida’s east coast on Saturday. About 60 kilometers south of his starting point – although he was heading north.

The local sheriff posted photos of the unusual vehicle that was stranded because of “some complications.” Reza Baluchi is unharmed.

The little mishap obviously couldn’t spoil the adventurer’s mood. The transmitter Fox35Orlando Baluchi said he wanted to generate donations with his campaign – for the homeless, the coast guard, the police and the fire brigade. “They all serve the community, they work for safety and they help people.”

Nobody should let themselves be prevented from realizing their ideas, Baluchi explained. “Don’t listen to anyone. Follow your dreams. “

According to a report by the “Sun-Sentinel”, Baluchi wants to continue his journey as soon as the weather improves. His family can always track his whereabouts via GPS. Treated seawater, protein bars, tuna and fresh fruit should ensure his survival on board.