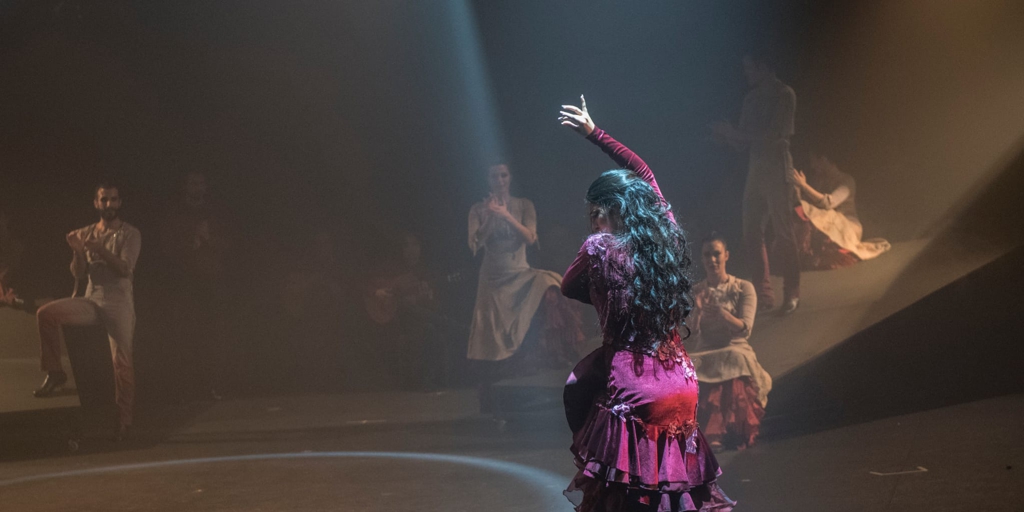 Although the season has already reached its final stretch, the constant disembarkation in our scenarios of very varied assemblies does not stop. Here are four of those that are on the bill these days.

‘Amores flamencos’, a fable about the joy of dance

Carlos Rodriguez, fifty percent of the New Spanish Ballet, which a few years ago was a breath of fresh air in Spanish dance, is responsible for this show created for the young bailaora Maria Cruz. According to those responsible, “’Amores flamencos’ is conceived as a therapy; It is not a show, it is something more; an instrument to give us back our joy, enthusiasm and the best way to face the immediate future ». Seventeen artists, including the guest bailaora Carmela Greco, take part in the show, of which Rodríguez explains that he tells the spectator, from flamenco dance, “a universal story, the cycle of life and respect for mother earth, which gives up, over and over again, the witness of creation to future generations, and invites us to evolution, to pick up the witness of our ancestors, always with respect for our roots ». The show is presented at the EDP Gran Vía Theater until June 13.

James Rodrigues He is one of the most important Portuguese theater directors. Head of the Doña María II National Theater. Now he presents at the Conde Duque Contemporary Culture Center, between June 11 and 13, one of his most applauded works: ‘Antonio y Cleopatra’. Rodrigues says that “it is an original work that we built on the basis of the memory of Shakespeare’s tragedy, which in turn draws from Plutarch’s biographical portrait of Marco Antonio in ‘Parallel Lives’, in turn heir to other writings. We take on these legacies and others, less ancient, such as the 1963 film marathon, carried out by Mankiewicz with the couple Elizabeth Taylor and Richard Burton, or the trappings resulting from that aura of fascination that the couple still exerts on historians and writers. The montage is performed by two actors: Sofia Dias and Vítor Roriz, and is interpreted in Portuguese with Spanish subtitles.

New work, in self-fiction format, from the magnificent company Ex-Limit. The original texts, from the creation of the cast, and the textual dramaturgy are from Fernando Delgado Hierro. The conception, stage dramaturgy and direction is of Juan Ceacero. ‘Cluster’, he explains, “literally means cluster, grouping, and today it is a word that is present in a multitude of fields that go from physics to business through computer science, astrophysics or in medical language appealing to the ‘outbreaks’ we have learned so much from during the pandemic. And this word, this concept, condenses the nature of the work that we have created. The play will run until Sunday, June 13.

‘Cycles’, in honor of the ancestors

Few people know that the actress Inma Cuevas belongs to the Aragón family, one of the most respected sagas in the world of entertainment and, more specifically, the circus. And in homage to her ancestors this show was born, with live music, conceived by the actress herself. In it, Inma Cuevas takes a journey through the history of her family with the help of an exceptional band, Alarmantiks, also made up of family members: Rodrigo, Gonzalo, Alonso and Punch Aragón, children and nephew of Gabi Aragón. The actress herself says of ‘Ciclos’ that it is “a vital journey to thank and honor all the men and women who risked in their lives so that today I can get on stage.” And the one you go up to is the Patio del Teatro Galileo, where it will be until July 3.