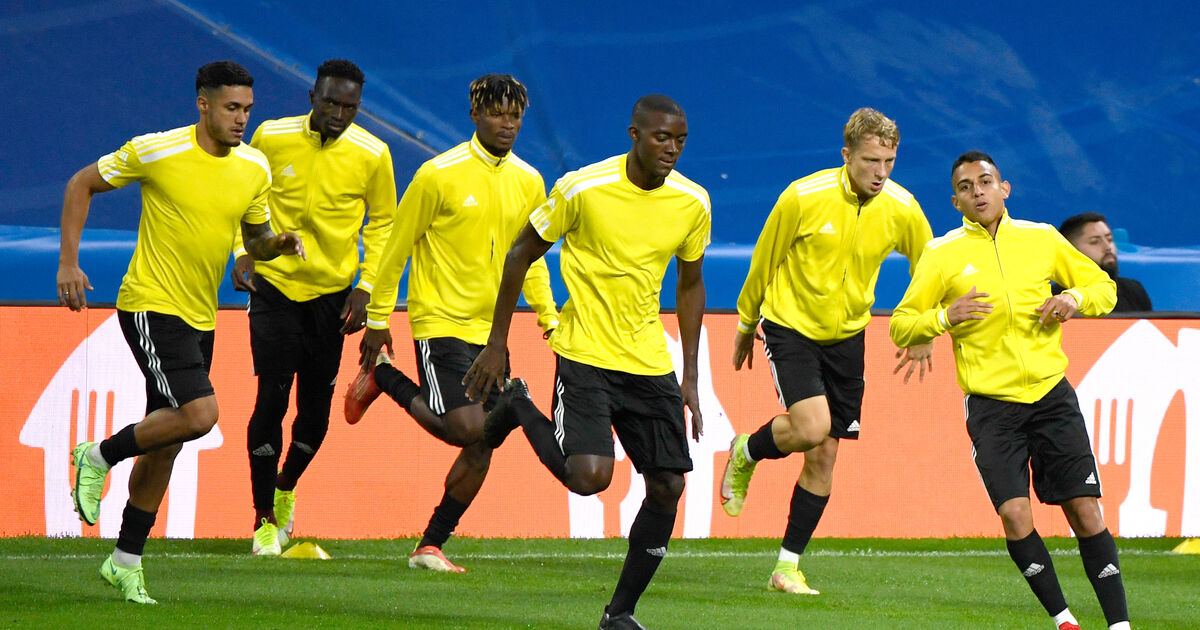 UFO in the landscape of European football, the club of Transnistria, a territory not recognized by international law, is participating this year in its first Champions League. Despite suspicions of corruption and trafficking surrounding its shareholder, the conglomerate Sheriff.

Three quarters of the time spent chasing the ball but four shots on target and two goals at home: the Sheriff Tiraspol club could not wish for better to celebrate, on September 15, the very first Champions League match in its history against the Ukrainians from Shakhtar Donetsk (2-0).

Twenty-four years, since its creation ex nihilo in 1997, that Sheriff Tiraspol dreamed of competing. After a clear elimination round, punctuated by an unexpected victory against Dinamo Zagreb in the play-off, this year it became the 145th club to discover the Champions League. Ready, this Tuesday evening, to face the stars of Real Madrid, reference in the matter (13 titles) for a possible place at the head of group D.

Karim Benzema and others are preparing to receive a singular club in more than one way. Officially, Tiraspol is located in Moldova. But according to its own inhabitants, the city is the capital of the independent republic of Transnistria, a pro-Russian separatist state of some 470,000 inhabitants which seceded, following the fall of the USSR in 1991, from the rest of the country. . Since then, Transnistria, protected by Russian soldiers, proclaims itself independent, and has its own currency, flag and government. Even if no country in the world has recognized it. Not even Russia. However, the Soviet past is still glorified there, as can be seen from the statues of Lenin which adorn the streets of the city.

This unofficial, unstable status makes the Sheriff’s participation in the European competition de facto intriguing. To slip into the fold of UEFA, the club had to be attached, from its inception, to the Basques of the Moldovan championship. Championship where he reigns like no other team: almost undefeated, the Sheriff has won 19 of the last 21 editions. An undivided reign which makes it Moldova’s standard bearer on the European scene. The Moldovan Football Federation has also released a «Sheriff est EUROFANTASTIC !» on the networks after the qualification of Tiraspol for the group stage.

What reinforces the impression of union between Transnistria and Moldova. In reality, the enmity between the two territories is significant. “People say that sport is not politics. But in reality, sport is politics ”, notes Yuriy Vernydub, the Sheriff’s trainer. The Ukrainian coach, whose country of origin is also torn by a conflict with pro-Russian separatists, dares to hope that the club’s adventure in C1 can nurture a certain fraternity between Moldovans. “It will probably unify Moldova and Transnistria”, he wants to believe.

It is permissible to doubt it, so much mistrust and mistrust persist among those who live west of the Dniester, the river separating Transnistria from the rest of Moldova. “I don’t see any reason to rejoice”, asserts the Moldovan sports journalist Cristian Jardan, quoted by AFP. He pursues : “This team represents a separatist enclave which finances itself through corruption, trafficking and the gray economy, directly causing damage to the budget, to the interests of the Republic of Moldova.”

It is because even before being a club, the Sheriff is a conglomerate. A nebula with opaque contours, whose influence extends far beyond the borders of football. The group, founded in 1993 by two veterans of the police, including the current president of the club Victor Gushan, took advantage of the post-cold war period in the region, marked by limitless capitalism, to establish its influence. in many sectors.

The Sheriff is the head of a host of construction companies, gas stations and other casinos. It has a telephone network, TV channels, and even owns cognac distilleries and sturgeon farms. Its logo, a five-pointed star of American sheriffs, appears on almost every street corner. “Anything you could think of with money in it, the Sheriff’s name is on it”, abounds Wim Van Meurs, professor of comparative European politics at Radboud University in Nijmegen, quoted by the Belgian newspaper The morning. An empire which would extend, according to various sources, to the trafficking of arms or drugs.

A monopoly of every moment which has not spared the sphere of sport, football in particular. Its leaders know it: the Champions League is a great showcase. Being there allows the unrecognized strip of land to make itself known to the general public. This is why, for several years, the team around Victor Gushan has been putting the package on the club. Even if it means wringing out local competition with major investment blows. The group has thus built a sports complex estimated at 200 million dollars, with two stadiums, respectively of 13,000 and 9,000 seats, a sports hall and 16 training grounds, when the opposing teams welcome on fields with the air of fields, barely maintained.

His impressive financial windfall also allows him to pay his players up to $ 15,000 per month. Honest in comparison with the big stables. Abyssal if we put these salaries in perspective with those of other Moldovan footballers, who struggle to amass a few hundred dollars over the month, when they are paid on time. The team is therefore the only one in the Moldovan championship to be able to attract talent from Africa, South America or Eastern Europe. His starting XI in the match against Donetsk included Brazilians, Greeks, Colombians and even a Luxembourger. Not a single Moldovan.

What’s more, the twenty million euros in qualifying bonus awarded by UEFA this year should not help bridge the sporting divide. Without obscuring the strong suspicions of favoritism and corruption that weigh on the Sheriff. the New York Times reported thus mid-September that the local authorities have modified the rules concerning the number of foreign players to be able to play within the team so that it can be strengthened. However, with an estimated workforce of 11.8 million euros, according to the specialized site Transfermarkt, the Sheriff weighs nothing in Europe. Light years away from Real Madrid’s 783.5 million.