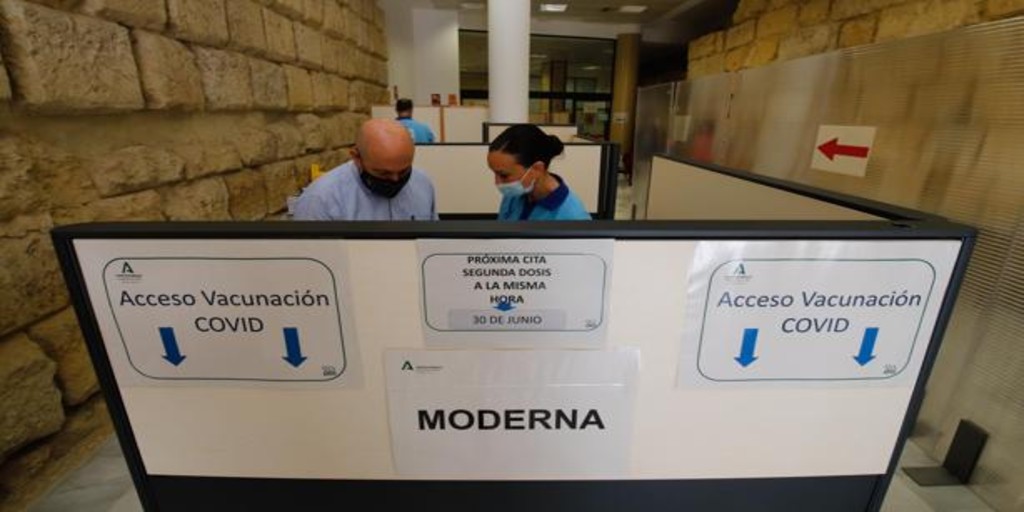 The protection conferred by the Modern Covid-19 vaccine for Covid-19 (mRNA-1273), at doses below those currently approved, is at least 6 months. In addition, according to a study by del
La Jolla Institute of Immunology (USA) there is no indicator that vaccinated people need a booster dose.

The work published in «
Science»Helps answer the question of how long immunity against Covid-19 lasts in vaccinated people.

In fact, the study shows that while the Modern generates potent responses of CD4 + T cells (helper), CD8 + T cells (killers), and antibodies for at least six months after clinical trial participants were fully vaccinated, suggests that the immune response may likely last long plus.

And the protection of this powerful immune memory was maintained across all age groups tested, including people older than 70, a demographic especially vulnerable to severe Covid-19.

Six months, says researcher Daniela Weiskopf, «it is a critical moment because it is when the true immune memory has been formed».

And, as Shane Crotty points out, “Immunological memory was stable, and that’s a good indicator of the durability of mRNA vaccines.”

“We wanted to see if a quarter of the dose can induce an immune response,” says the first author of the study, José Mateus Triviño.

And, despite being a quarter of what is currently being administered, and whether it is as effective as the standard dose is unknown, this new study shows that the T-cell and antibody response in the dose group is still potent. “A clinical trial would be needed to determine the protection conferred by a lower dose,” says Crotty.

The researchers found that the Moderna vaccine stimulates an adaptive immune response to the SARS-CoV-2 spike protein (a key target) almost identical to the immune system’s response to a natural SARS-CoV-2 infection. «The answer is equivalent, ”Weiskopf points out. Neither higher nor lower».

In 2020, a study also published in “Science”, this team showed that T cells in people who had recovered from the coronaviruses that cause the common cold could respond to the SARS-CoV-2 coronavirus. At the time, they didn’t know if this cross-reactivity could really protect against COVID-19.

Now, researchers have seen that people with cross-reactive T cells had significantly stronger CD4 + T cell and antibody responses to both doses of the vaccine.

“If there is this immune reactivity, the immune system can act faster against the virus,” confirms Sette, adding that there are already several studies that have shown that the speed with which the immune system reacts is key.

The work also fills in a major gap in Covid-19 vaccine research. Until now, many studies had shown an effective response of CD4 + T cells to the Moderna vaccine, but data on CD8 + T cells were lacking.

‘We know that naturally infected and recovered people develop excellent CD8 + T cell responses against SARS-CoV-2; however, there was concern about the generation of CD8 + T cells by mRNA vaccines »says Mateus Triviño.

The new study shows a strong CD8 + T cell response to the low-dose Moderna vaccine, similar to a patient’s response to a natural SARS-CoV-2 infection.

The question now is to determine if the other vaccines have the same duration. Weiskopf argues that real-world data suggests that immune memory lasts. And he concludes: “the people who now go to the hospital for Covid-19 are those who have not been vaccinated.”