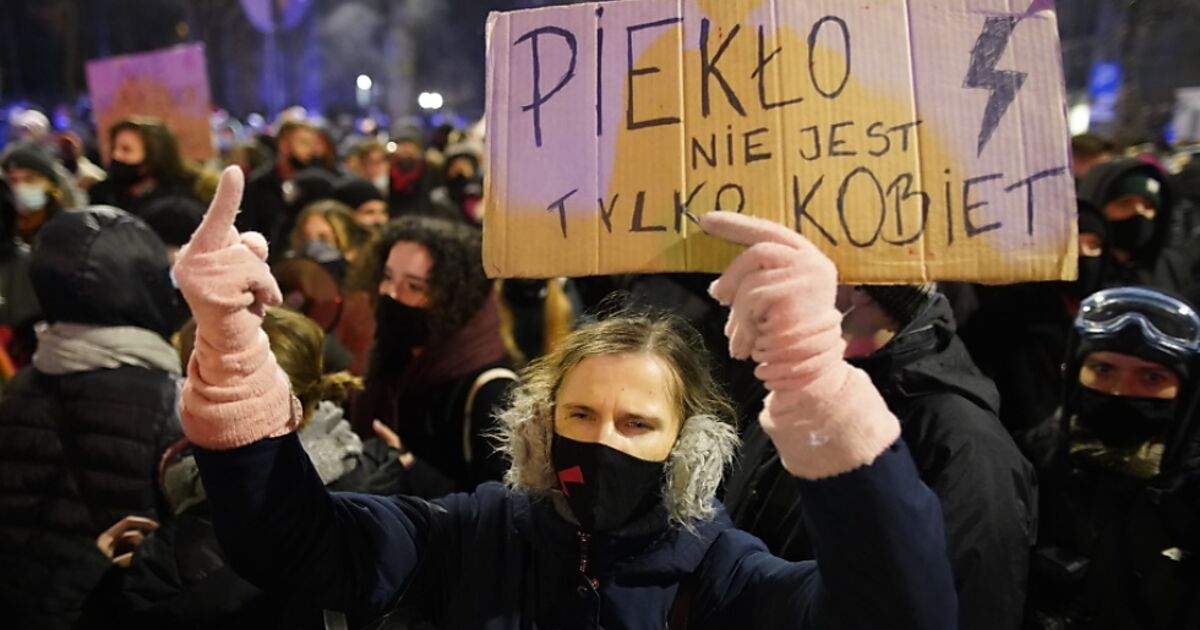 For the third day in a row, people in several Polish cities protested against tightening abortion laws. This has been in effect since Wednesday. In Warsaw, several hundred demonstrators blocked a central traffic roundabout on Friday evening. They carried posters with the inscriptions “You have blood on your hands” and “It hurts me that Poland hangs me on the cross” and chanted in chanting “You have messed with the women”.

The police pointed out the protesters about the corona protective measures and asked them to part. There were also protests in Krakow, Danzig, Breslau (Wroclaw) and Katowice.

In October the constitutional court of the EU country ruled that women are not allowed to have an abortion even if the unborn child has severe malformations. Afterwards there were protests for weeks. The decision means a tightening of Polish abortion law, which is one of the strictest in Europe anyway. Up until now, abortion has been legal in Poland if the pregnancy endangers the life or health of the mother, is the result of rape or if the unborn child has severe malformations.

The latter was the most common reason for an abortion to date, according to statistics from the Ministry of Health. Of the 1,110 abortions carried out in Polish clinics in 2019, 1,074 were caused by malformations in the unborn child. In 40 percent of these cases, Down’s syndrome played a role in the indication for termination.

After the announcement of the verdict had sparked great social resistance in the autumn, the judicial reasoning was only published in the official gazette on Wednesday with a month-long delay. It is now final. Since then, the protests have flared up again.

Even in Poland, which is dominated by Catholicism, the decision is contrary to what a majority of the population believes is right, according to surveys. In 2019, pollsters from the Ibris Institute found that 50 percent of those surveyed were in favor of the previous abortion law, while 30 percent were in favor of a more liberal regulation. Only 15 percent wanted more restrictive legislation. In other surveys, more than half of the respondents were in favor of making an abortion possible up to the 12th week of pregnancy if desired.

Poland’s human rights officer Adam Bodnar criticized the fact that the published grounds for the verdict show that the state and the government have deprived women of their rights of self-determination and “repeatedly subjected them to torture”.