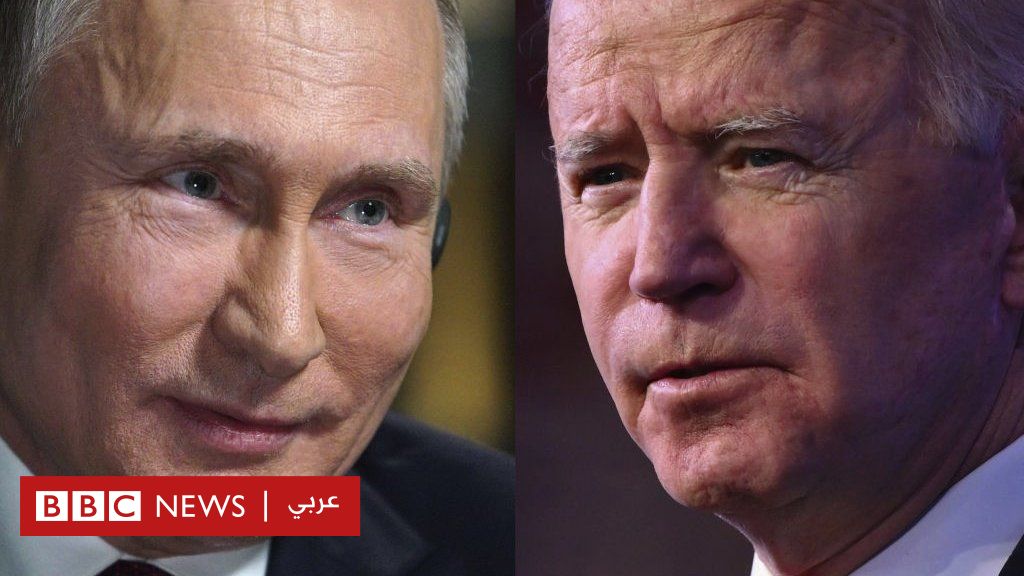 US President Joe Biden kicked off his first trip outside the United States with a warning to Russia.

Biden said Moscow would face serious consequences if it was involved in “harmful activities.”

Biden confirmed that he would deliver a clear message to Russian President Vladimir Putin, in an interview with a crowd of American soldiers and their families yesterday, Wednesday, at Mildenhall Air Force Base, where his plane landed before heading to Cornwall, southwest of Britain.

Biden said: “We do not seek a clash with Russia. We want a stable relationship. My message is clear: The United States will respond forcefully and firmly if Russia engages in harmful activities.”

Relations between Washington and Moscow are deteriorating on a number of issues.

In April, Putin accused Western powers of trying to “hunt” Russia, warning them not to cross a “red line”.

At every stop of his first foreign trip as president of the United States, Biden is keen to deliver a clear message that “America is coming back and democracies around the world are rising side by side in the face of the most daunting challenges that threaten the future.”

The US President stressed his intention to strengthen his country’s relations with its allies, after the tension in those relations during the administration of his predecessor Donald Trump.

Biden arrived in the UK on Wednesday and is scheduled to meet Prime Minister Boris Johnson to agree on a new “Atlantic Pact”.

This new charter will be an updated version of the charter approved by both former British Prime Minister Winston Churchill and US President Franklin Roosevelt in 1941.

However, the new charter will focus on challenges including climate change and security.

The BBC correspondent said that Biden and Johnson intend to revive the vital relations between the United States and Britain, after the turmoil of the years of Trump’s rule, as well as the pressures brought by the Corona epidemic.

The agenda of the US President in his first visit to the old continent, which will last eight days, is full of many tasks.

Biden is scheduled to meet Queen Elizabeth at Windsor Castle, attend a meeting of the leaders of the Group of Seven major industries, as well as attend the North Atlantic Treaty Organization (NATO) summit for the first time as president.

It will be the 95-year-old’s first meeting with a foreign leader since the death of her husband, Prince Philip.

At the end of his trip, Biden is scheduled to meet his Russian counterpart Vladimir Putin in Geneva.

The White House noted that Biden intends to raise a slew of pressing issues with his Russian counterpart, including arms embargo, climate change, Russia’s military intervention in Ukraine, Russian hacking activities, as well as the imprisonment of prominent Russian dissident Alexei Navalny.

What can we expect from the G7 summit?

Other G7 leaders are due to arrive in Cornwall on Friday, with meetings taking place over the weekend.

The Group of Seven includes the world’s seven largest economic powers: Canada, France, Germany, Italy, Japan, the United Kingdom, and the United States – in addition to the European Union.

The main topic of the talks will be the recovery from the Corona virus, including “a stronger global health system that can protect us all from epidemics in the future.”

Biden is expected to warn that the ongoing trade row between the UK and the EU could jeopardize peace in Northern Ireland. He will call on his fellow leaders to protect the gains of the Good Friday Peace Agreement in the region.

At the end of the summit, the UK – as the host country – will publish a document outlining what the leaders have agreed upon.

What to expect from a meeting Biden AndPutin?

The first US-Russia summit under Biden will be held in Geneva On June 16.

It comes at the end of Biden’s trip, giving the president plenty of time to listen to US allies in advance.

The White House has indicated that it intends to brief on “a full range of pressing issues” with its Russian counterpart, including arms control, climate change, Russian military involvement in Ukraine, “Russian hacking activities” and the imprisonment of Russian dissident Alexei Navalny.

Putin dampened enthusiasm for his meeting with Biden last week, saying he hoped to improve the “very low level of relations” between the two countries, but did not expect a breakthrough in relations.

Johnson and the Atlantic

The White House said Biden’s meeting with Johnson before the summit “will underscore the enduring strength” of the “special relationship” between the two countries.

The two leaders participated in a virtual summit for climate action hosted by the United States in April but have yet to meet in person.

In an article for the British newspaper The Times, Johnson said that the Group of Seven would pave the way for a new global treaty on pandemic preparedness so that no pandemic would strike the world again, as Corona did.

The next leg of Biden’s trip will be Brussels, where he will meet leaders of other NATO countries.

The President said that NATO will remain a vital source of strength for the United Kingdom, Europe and the United States.

Relations between the United States and NATO were strained under his predecessor Donald Trump, but NATO Secretary-General Jens Stoltenberg – on a visit to the White House on Monday – praised Biden’s “strong commitment” to US allies.