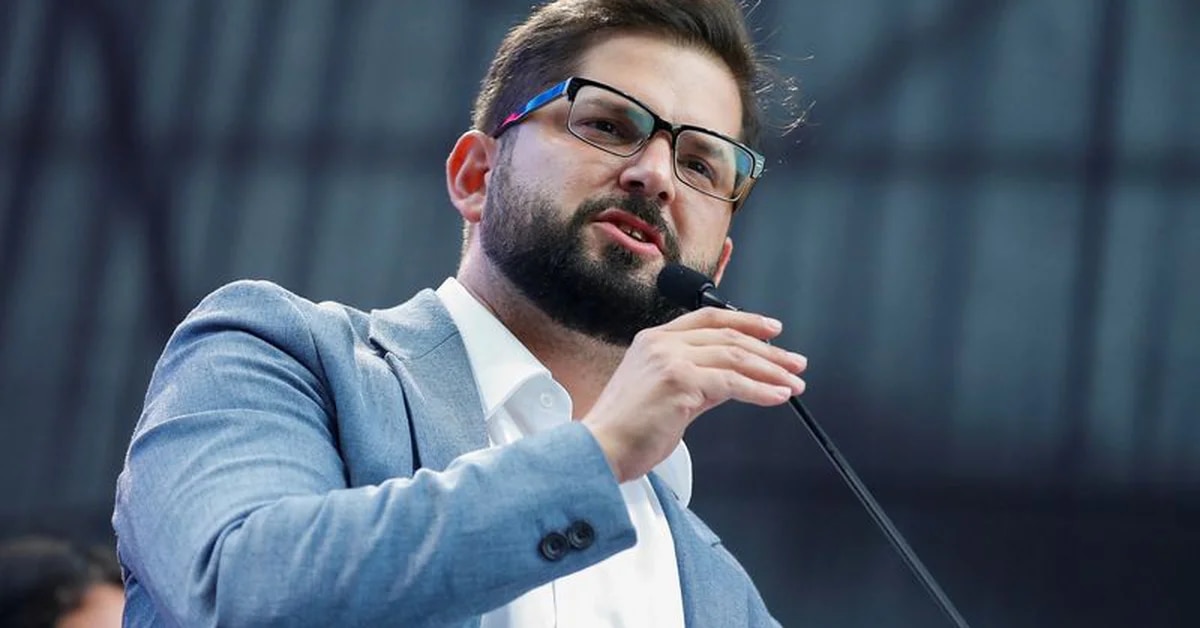 Gabriel Boric represents a shift to the left in Chile after the presidency of Sebastián Piñera, however, weeks before taking office, he made his position very clear with respect to other countries in the region, which also identify with the left. For him, the Chavista regime is a failure.

In interview with BBC Mundo, Boric assured that “Venezuela is an experience that has rather failed and the main demonstration of its failure is the six million Venezuelans in diaspora.” Chile, in fact, is one of the main recipients of Venezuelan migrants and they represent a serious problem in the north of countries where there have been xenophobic demonstrations and, on occasion, violent incidents.

The president-elect came to this reflection when the journalist Andrea Vial Herrera asked him if he recognized himself in any of the leftist rulers in the Latin American concert.

Direct, he did not escape the question: “I understand that the question is closely related to Venezuela and Nicaragua. ANDIn the case of Nicaragua I can’t find anything there, and in the case of Venezuela it is an experience that has rather failed”.

However, he assured that three other regional leaders do represent him: “It gives me a lot of hope and I hope to have a job side by side with Lucho Arce in Bolivia, if Lula wins the elections in Brazil with Lula, the experience of Gustavo Petro is consolidated in Colombia. I think that a tremendously interesting axis can be put together there”.

Boric’s statements are known after he announced his cabinet, one with a majority of women, among whom is his future chancellor, Antonia Urrejola, who was very critical of the Nicaraguan regime of Daniel Ortega when he headed the Inter-American Commission on Human Rights (IACHR) in 2021 and is known for his opposition to the regime of Nicolás Maduro, in Venezuela.

The future Chilean foreign minister, Antonia Urrejola, was president of the Inter-American Commission on Human Rights (IACHR) and harshly criticized the regimes of Nicaragua and Venezuela (REUTERS / Nathalia Angarita)

In an unprecedented milestone in the American continent, the president-elect of Chile, Gabriel Boric, appointed this Friday a cabinet with a majority of women, with the independent doctor Izkia Siches (Interior and Public Security) and the communist deputy Camila Vallejo (spokesperson). as the strongest female figures.

It is the first time in the history of Chile that a woman will be in charge of the Interior and Public Security, the ministry that has the most political weight, in charge of public order and articulating the rest of the cabinet.

The future cabinet of Gabriel Boric in Chile (Reuters)

“Today a new chapter in our democratic history begins to be written. We are not starting from scratch, we know that there is a story that elevates and inspires us,” said the former student leader, who at 36 will become Chile’s youngest president on March 11.

One by one, who are the 24 ministers that Gabriel Boric’s cabinet will have in Chile

New maneuver of the Venezuelan regime: it established an impracticable mechanism to gather signatures for the recall against Maduro+

Who is Julieta Brodsky, the Minister of Culture chosen by Boric who attacked Israel on Twitter
The Penal Forum denounced that the dictatorship of Nicolás Maduro maintains 245 political prisoners in Venezuela

Hospitals face records of absent caregivers: here are the consequences