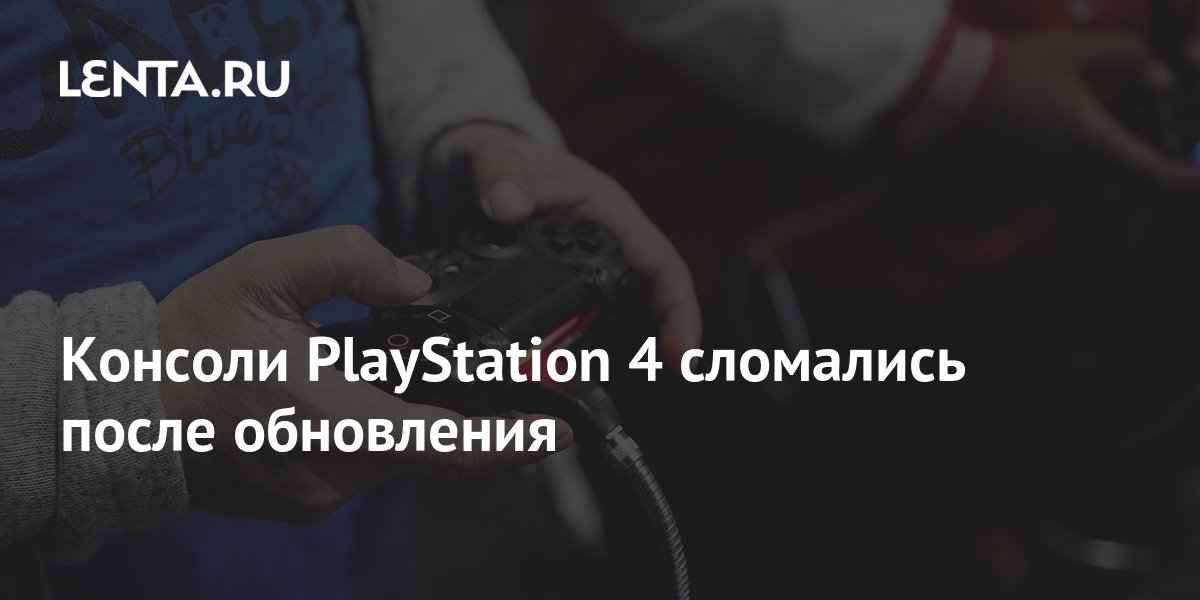 Users of previous generation Sony consoles have complained of problems after upgrading the console. Relevant publications appeared on Reddit.

Gamers drew attention to the fact that problems with the console began to appear after updating to the current firmware numbered 9.00. First of all, users said that they had to wait a long time for the update to download and install on the PlayStation 4. Also, Reddit visitors reported that they encountered problems such as slow operation of the device, network connection errors and lack of access to the PS Store.

“I installed the update, after that I got error SU-42118-6. I can’t even turn on my controller. What should I do?” – asked the user under the nickname natashairis. “When I plugged in the USB controller, it turned off the system and then restarted the pre-update,” another gamer said. In the thread about the console that was broken after the update, almost 400 comments have appeared to date.

Enthusiasts said that in some cases, the problem can be fixed with a restart. “Before updating, I restarted the PS4, deleted the update file, downloaded it again and then installed the update,” a gamer under the nickname CREOOOO told about his experience.

Despite the problems of PS4 owners, there were no complaints from PlayStation 5 users about similar problems. For a new generation set-top box also came out an update that added the ability to expand the internal memory using an SSD drive and 3D sound on TVs.