Gawr Gura, the first phase of the hololive English group, recently reached 3 million YouTube subscriptions, becoming the Vtuber channel with the highest number of subscriptions. A few days ago, she also promoted the upcoming Nendoroid Shark in her live broadcast. Another cute little prank action reminds many foreign fans of a meme that they don’t want to remember in their hearts-Gula puts the Nendoroid in the transparent jar of his good friend “Chum Jar”.

On the July 4th live broadcast, Gula showed off the Nendoroid Shark to the audience before entering the link to play “Dead Line”, but then he smiled and said, “It’s too simple to put it directly on the table. So I just… (laughs)”

Then, she put the silhouette of the Nendoroid in the transparent jar picture of “Chum Jar”. This action made many audience members shout “NOOOO”, “NOT THE JAR”, “PLZ DONT”.

As for why putting the Nendoroid in the transparent tank makes the reaction of foreign fans so excited? After an explanation by a well-meaning person in the overseas community of Hololive Discord, I learned that this is a fairly well-known meme-“Cum Jar”. 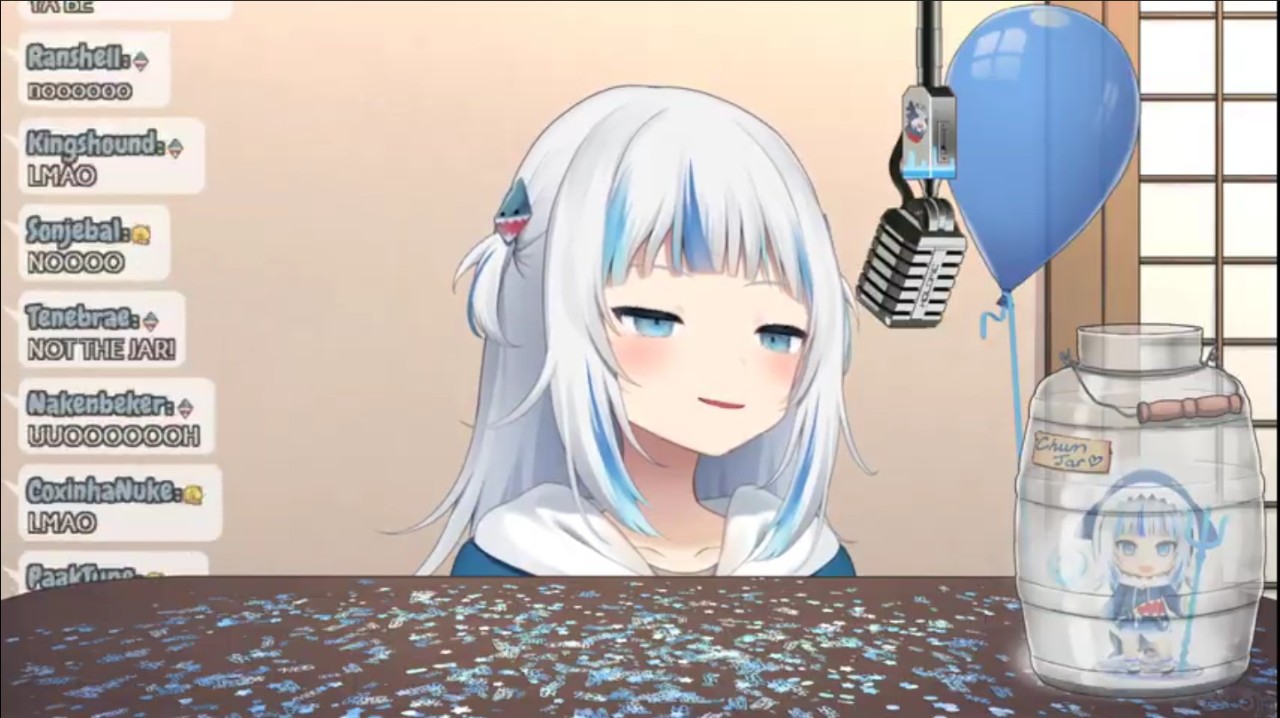