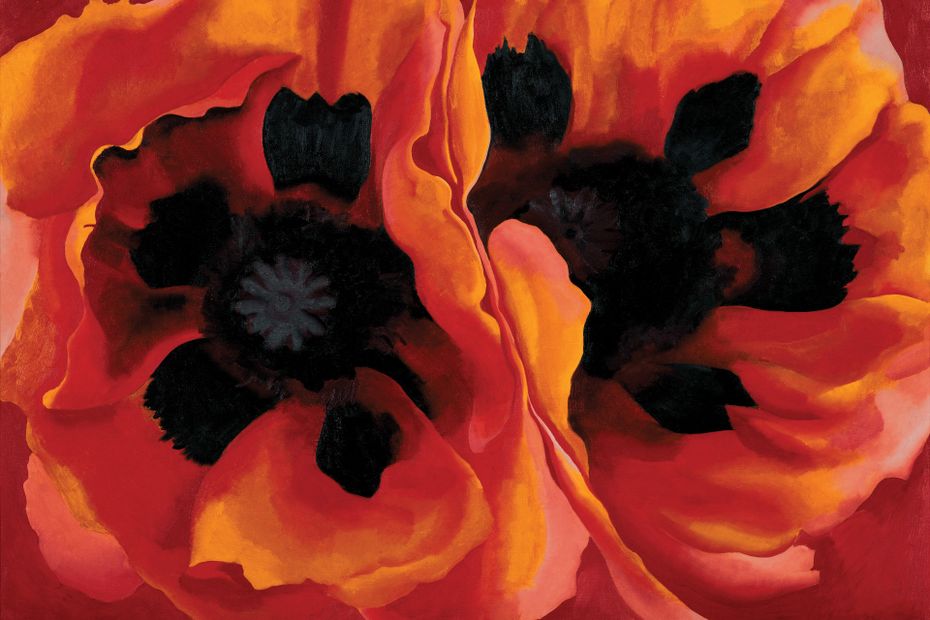 A prominent figure in modern American art of the 20th century, Georgia O’Keeffe is an unknown painter in Europe. The Beyeler Foundation in Basel is paying homage to him, exhibiting a wide range of his works until May 22, from his flower paintings to his abstract landscapes.

“You rarely take the time to look closely at the flowers. I chose to paint them quite large, so that everyone can see what I see.“This quote from 1926 became the common thread in the life and career of Georgia O’Keeffe, an emblematic painter of 20th century American art.

Georgia O’Keeffe (1887-1886) was born and raised on the American Great Plains of the Midwest. This is probably where his attraction to nature and the great outdoors comes from. Driven by a precocious vocation, she embarked very early on in art studies in Chicago, then in New York.

From 1918, Georgia O’Keeffe attended the avant-garde new york gallery 291, the first in the United States to exhibit Picasso, Cézanne and Matisse. Co-founded by photographer and promoter of modern art Alfred Stieglitz, this place will be decisive for Georgia O’Keeffe.

The painter nevertheless remained aloof from the great artistic currents of the 20th century. She finds her own creative path in an independent art, halfway between figuration and abstraction. The series of flowers painted in the 1920s made her famous and these paintings are among her best known works.

Flowers in bright, sensual colors, framed in very close-up. “If you move away, you see that it’s an iris. But the closer you get – and the closer she got with her painting – the more abstract it becomes and the more we touch on the essence of what she wanted to show.“, said Theodora Vischer, exhibition commissioner.

The border between the figurative and the abstract will cross all the work of Georgia O’Keeffe. Like when she discovered New Mexico in 1929, the shock of her life, with its wide open spaces and the light of the American South. “She uses both, as two possibilities to express what she looks at, and what she sees. Sometimes she focuses on the figurative, and at the same time, she has an almost abstract painting”says Theodora Vischer.

From the skyscrapers of New York to the bones of cattle that she brings back from her walks in the Indian deserts, Georgia O’Keeffe’s painting has reinvented itself over the decades.

The late work of Geogia O’Keeffe is represented in the last room of the exhibition. In the 1950s, she was particularly inspired by the clouds she could see from an airplane. She also paints the patio of her house, simplified to the extreme, in a series of twenty canvases whose abstraction heralds American minimalism.

Famous in the United States, where she is considered a major representative of 20th century modern art, Georgia O’Keeffe remained ignored for a long time on the old continent. The exhibition dedicated to him by the foundation Beyeler in Basel, until May 22, is an opportunity to discover this artist in all her diversity.