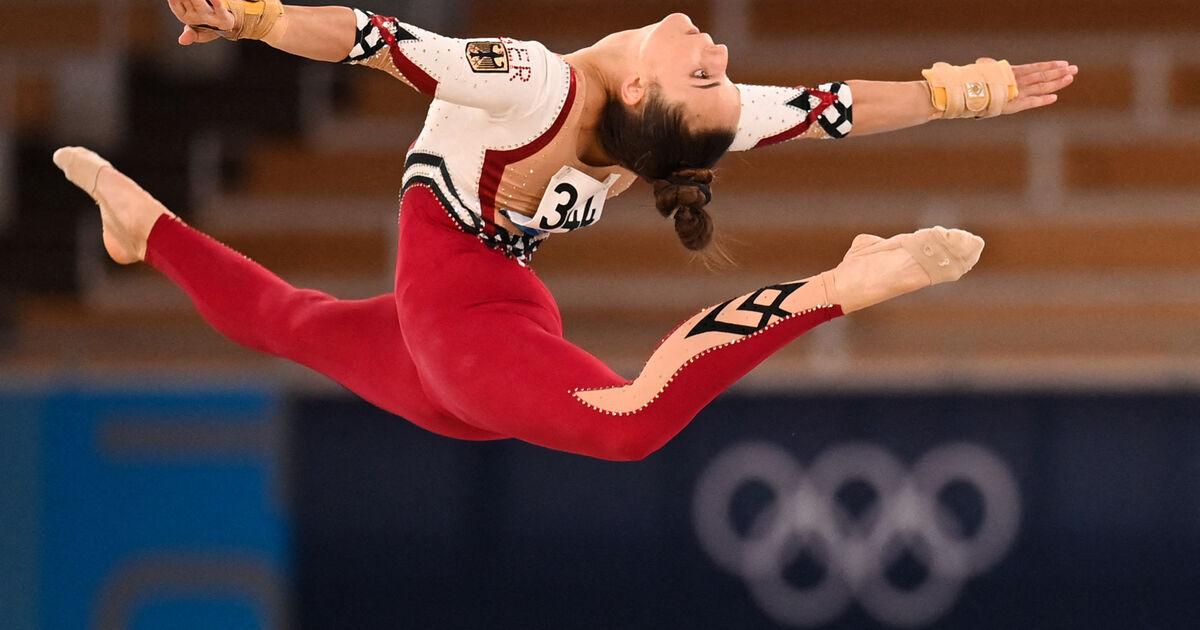 After a first attempt in April, during the European Championships, the Germans displayed themselves in long combinations at the Olympics. A choice authorized by the federation and which brings comfort and serenity to certain athletes.

Stupor and pirouettes. On Sunday, for their qualifying events for the Tokyo Olympics, the German gymnasts swapped their traditional high-cut leotard for a wetsuit wrapped around their legs. The outfit is authorized by the International Gymnastics Federation but remains rare: it is customary for athletes to present themselves with their legs in the air, unlike their male counterparts who cover them more readily. Why should women be more naked? The Germans broke the taboo for the first time by sporting long combinations at the European Championships held in Basel (Switzerland) in April. Rebelote in Tokyo, but this time, OJ oblige, the eyes of the whole world were fixed on them. “We wanted to show that every woman, every person, should be able to decide what she wants to wear”, explained to Reuters agency Elisabeth Seitz, 27, bronze medalist at the Doha Worlds in 2018.

In recent years, the discipline has been deeply affected by the revelations of sexual violence against young sportswomen. They all remember the case of Larry Nassar, doctor for the United States national gymnastics team, accused of at least 265 sexual assaults on young sportswomen he was treating. He was sentenced to end his life in prison. To justify her choice at the end of the European Championships, Elisabeth Seitz explained that images of sportswomen in leotards were circulating on the Internet and did not attract only benevolent glances. After the European Championships, Sarah Voss, 21, told German public broadcaster ZDF that she started to feel “Less and less at ease” in leotard “When puberty started”.

Kim Bùi, 32, also a gymnast in the German team, ensures that with her teammates, they wear suits during training and are therefore “Accustomed to the feeling”. For her, it is quite simply “More comfortable” – “the most important thing” to be efficient. Because the leotard is not without its drawbacks. To prevent the tissue from moving around the buttocks (which can be detrimental to performance) and to fix it on the epidermis, athletes are forced to use satien, a glue used for wigs.

For Isabelle Severino, European champion on floor in 2005, the outfit is “A very personal choice” which must be respected. She tells Libé how comfortable she was when she was having “As few fabrics as possible on [elle]”. “Gymnastics is a sport of feeling. The physique goes so well with the technique that for me, the lighter you feel, the better you do things ”. She rejoiced when the federation authorized short-sleeved leotards. However, she recognizes the weight of the gaze on the bodies of athletes who are often very young and the absolute need to be comfortable in a wetsuit. “Less suggestive”. “We must leave the choice.”