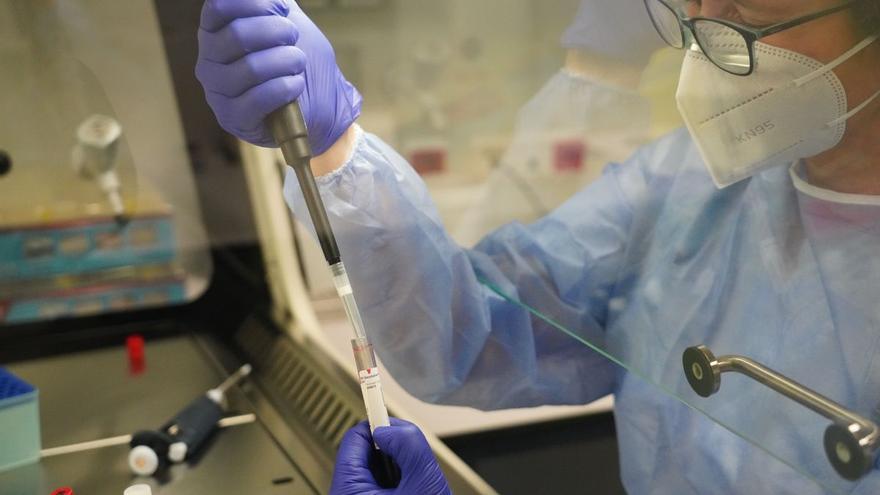 A nurse, during the clinical trial of the German vaccine Curevac, at the Hospital de Cruces in Bilbao.
EP

After more than a year of research and clinical trials, the German pharmacist Curevac renounces the development of their vaccine against Covid-19. As the company announced on Tuesday, its first formula designed against the coronavirus is withdrawing from the race to make way for a second-generation drug. The decision also puts an end to the review process of the European Medicines Agency (EMA), which hoped to give the green light to this drug as soon as the success of large-scale trials was confirmed. Curevac, in fact, sounded like one of the next vaccines to get approval from Europe.

The news supposes the first setback to the European purchase of vaccines. Of the eight formulas purchased by the European Commission, four have already been authorized (Pfizer, Moderna, AstraZeneca and Janssen), three more are still under study (Novavax, Sanofi and Valneva) and only one has been officially discarded (Curevac) . As the company argues in a press release, the approval of the German formula could have arrived around the second quarter of 2022.

In November 2020, while the Twenty-seven finalized the purchase of the first vaccines against Covid-19, the European Commission signed a 75 million euro deal with the German pharmaceutical company for the development of its formula against Covid-19. The agreement provided that, as soon as clinical trials confirmed the safety and effectiveness of the formula, member states would receive 225 million doses of this compound (with the possibility of reserving 180 million more vials). According to the agreements signed to date, Spain was responsible for around 22.5 million doses of this formula (which it could either receive or donate to low-income countries).

The German pharmaceutical Curevac argues that its decision to abandon the development of its first vaccine against covid-19 is supported by its commitment to the second generation drugs. As the company announced on Tuesday, its laboratories are already working on a new and “promising” immunization against the coronavirus by the pharmaceutical giant GSKG. This new formula, which is still proving its validity in laboratories, is based on the most promising technology platform to date; the Messenger RNA (the same tool used, for example, by Pfizer and Moderna).

The abandonment of the Curevac vaccine is also motivated by the evolution of the covid-19 pandemic. This drug, in fact, began to be developed when there were only a handful of variants of the coronavirus expanding across the globe. Now, in a world invaded by increasingly contagious lineages, many of the experimental vaccines developed a year ago have ‘lost’ much of the effectiveness they demonstrated in the early stages of study. The second phase of the clinical studies aimed at a 48% efficacy of the German vaccine.