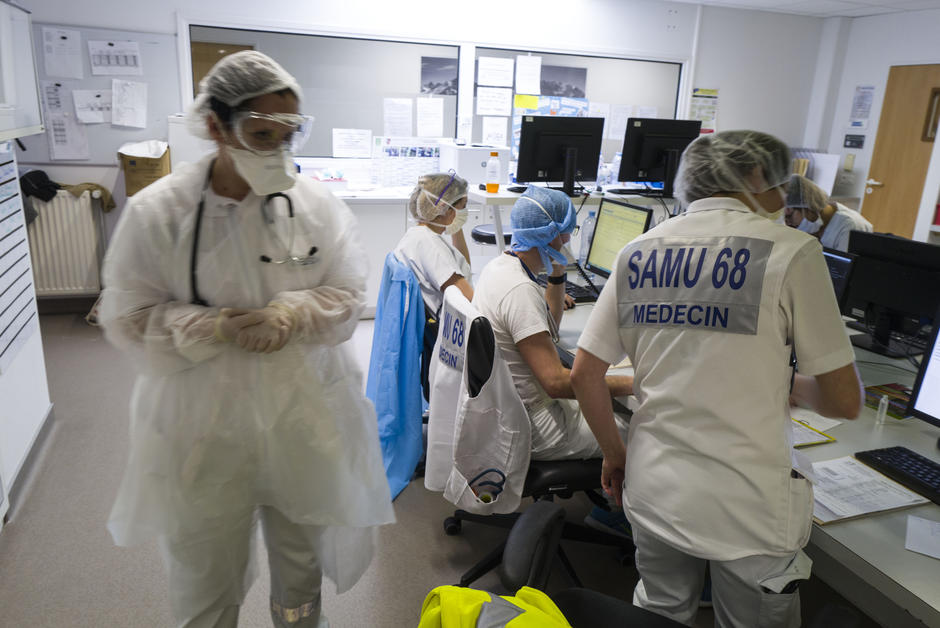 Across the Rhine, the media relayed with concern the publication of a medical report on the conditions of Alsatian hospitals. Due to lack of equipment, elderly patients would no longer be ventilated there.

“Anyone over 75 is no longer intubated”, title the Frankfürter Allgemeine Zeitung. “German specialists publish an alarming report on Strasbourg”, underlines the Tagesspiegel. In France, “We are no longer helping the oldest patients except to die”, increases Die Welt.

This Thursday, March 26, across the Rhine, many newspapers are moved after the publication of a most alarming report: a team of German doctors of the institute DIKFM went to a Strasbourg hospital and found there “shocking situations ”, Explain Die Welt. Some “infected doctors continue to work with Covid-19 patients ”, describes the Tagesspiegel. Mostly, “People over 80 are no longer ventilated”, which can cause “collateral medical damage ”. Instead of that, “They are placed in intensive care and sleeping pills are provided to them”.

Decisions that testify to the seriousness of the situation in Alsatian hospitals, overwhelmed in the face of the pandemic and the shortage of equipment. And yet it would seem that “Triage – the selection of patients with better chances of survival – has been on the agenda for some time in Alsace”, laments Die Welt. Asked by the newspaper, Brigitte Klinkert, president of the Haut-Rhin County Council regrets it:

Patients over 80 years of age, over 75, some days even over 70 can no longer be intubated because we simply lack respirators. It is not said often enough, because not only our German neighbors, but also the French outside Alsace are not yet aware of the situation here. ”

It’s also for this reason that a few days ago “She desperately asked for help from german hospitals“, Who agreed to welcome patients.

A lesson for Germany

Visiting Mulhouse Wednesday March 25, Emmanuel Macron “Probably did not read the alarming report by German personnel on the CHU from Strasbourg ”, indicates the FAZ. But the doctors he met “Reported very similar conditions to him”. According to the head of the emergency department, Mulhouse hospital “has even been forced to ration ventilators even more radically: only patients under the age of 75 can be ventilated ”.

In France, the question of the criteria to be taken into consideration, within the framework of a medical choice, is the subject of recurring ethical debates, notes again Die Welt. This is why some experts today find it shocking that “patients with Covid-19, who receive intensive care, are selected based only on their age”.

Finally, remember the FAZ, if this report has been produced and sent to the German authorities, it is for the purpose of alerting them. “If we want to avoid a situation similar to that experienced in Alsatian hospitals, consistent measures are needed for emergency departments and hospitals [allemands]”, warn the experts. And Die Welt to conclude : “To Germany to learn from it. “