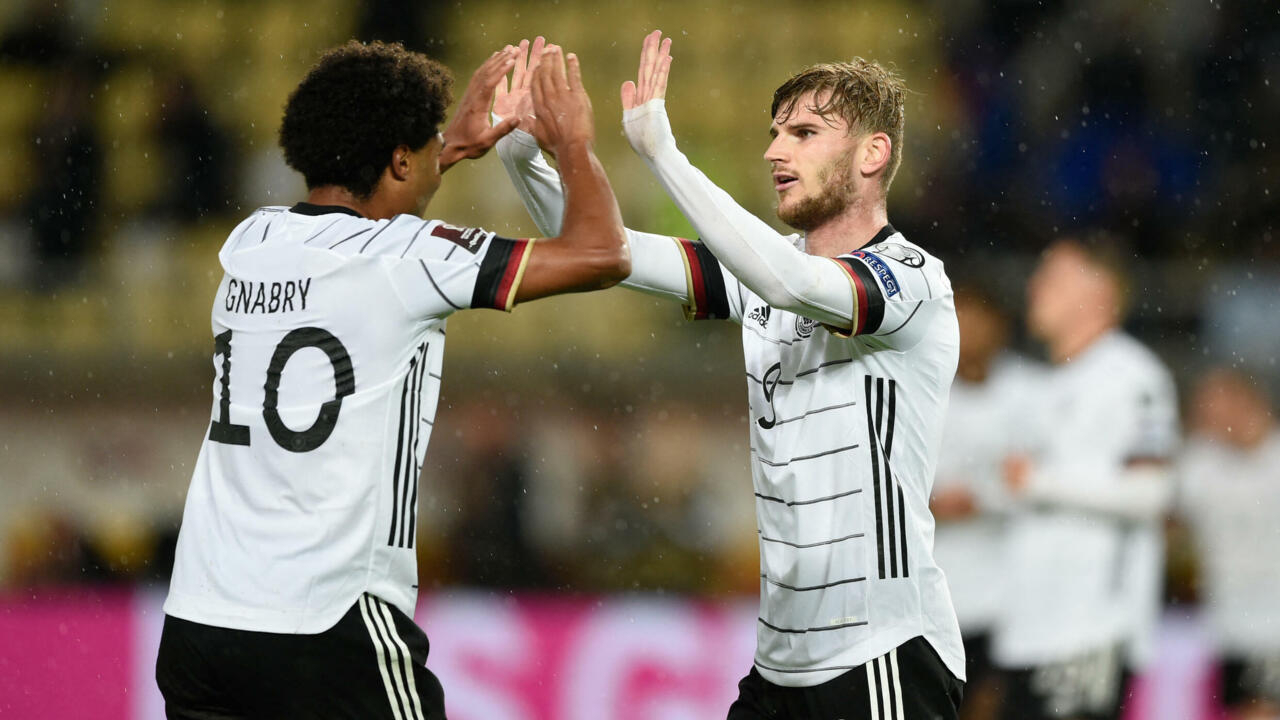 By winning 4-0 against North Macedonia, the Mannschaft became the first team to qualify – outside the host country – for the 2022 World Cup in Qatar. Timo Werner notably signed a double.

Germany will have a strong presence in Qatar. The Mannschaft became Monday, October 11 the first selection to win its ticket for the World Cup-2022 through qualifications, winning 4-0 in North Macedonia thanks in particular to goals “made in Chelsea”, de Havertz and a double from Werner.

With 8 points ahead of Romania, at the same time victorious over Armenia 1-0, the quadruple world champions can no longer be reached. The only team qualified so far was Qatar, the host country.

This qualification of Germany in an easy group should not be overinterpreted. The Mannschaft had brilliantly qualified for the 2018 World Cup by winning all of its ten matches … before being eliminated in the group stage in Russia.

More important is the enthusiasm shown by this team since the arrival on the bench of Hansi Flick, who took over from Joachim Löw after the Euro. The former Bayern coach has visibly breathed new life into the game, setting up football based on possession and taking offensive risks.

“We still have a bit of work to do”

“In terms of the state of mind, I must compliment my team,” said the coach after the match. “In the first half, we lacked a bit of precision, but then we scored the first goal and we went on. We saw in the second half the determination that was lacking in the first.”

The Germans do not forget that they have just lived three very difficult years since their elimination in the first round of the World Cup in Russia: “We still have a little work to do to return to the highest level in the world”, recognizes Bayern midfielder Leon Goretzka. “We have the qualities, that’s undeniable, but collectively, we must continue to work and sweat all together.”

In Skopje, against the only opponent who had beaten her in this qualifying group (2-1 in the first leg in Duisburg), Germany stumbled for a long time on a well-organized defense.

Chelsea striker Kai Havertz broke the deadlock after the break. On a revival played quickly by Gnabry from his own camp, Müller, Werner and Havertz found themselves three to two against: while Timo Werner stared at a defender on the right, Müller served on his left Havertz, who easily cheated on Dimitrievski (1-0, 50e).

Werner then put his team to safety in three minutes: resumption of half-volley ten meters from a ball deep from Müller (2-0, 70e). And shot wrapped right from the angle of the surface (3-0, 73e).

The end of the match gave a glimpse into the future of this team, when Karim Adeyemi (19, RB Salzburg) served Bayern nugget Jamal Musiala (18) for a cool fourth goal in a duel against to the keeper (83e). Musiala thus became, at 18 years and 227 days, the second top scorer in the history of the Mannschaft, after a certain Marius Hiller, scorer against Switzerland (3-0) at 17 in … 1910.