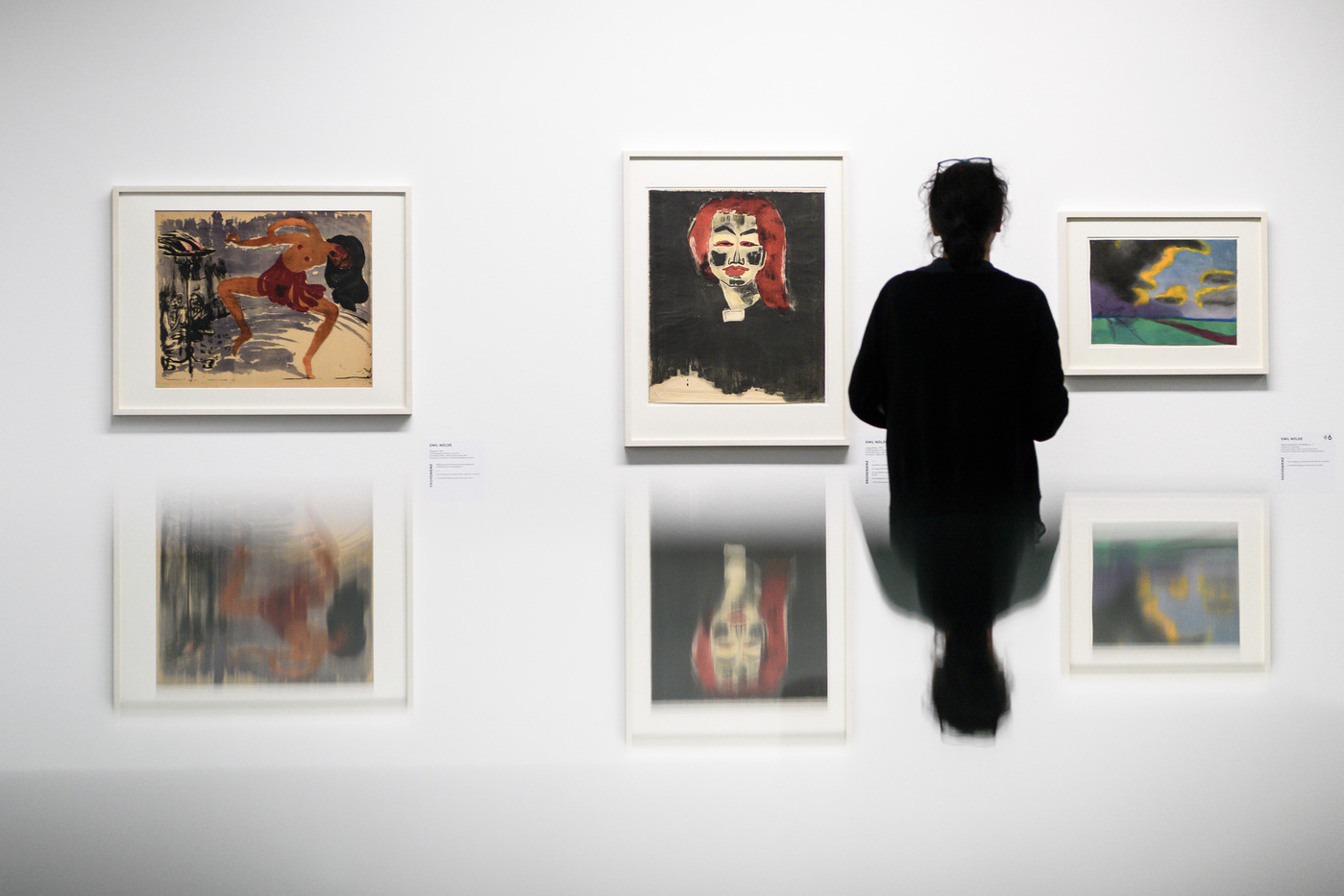 “A little stressed, moved”, Francine X., grand-niece of Armand Isaac Dorville traveled to Berlin on Wednesday, January 22, to receive from the hands of the German Minister of Culture, Monika Grütters, three works that once belonged to her ancestor. This oil portrait of a Young woman in profile and the watercolor gouache of a Young woman in white, two works by Jean-Louis Forain, as well as a wash by Constantin Guys representing a Amazon horse rearing were found in 2012 and 2014 at Cornelius Gurlitt, son of Hildebrand Gurlitt, the great German merchant who in 1943 was responsible for enriching the Hitler Museum in Linz in Paris.

Invited to work within the Gurlitt-Projekt created by the German government, the French historian Emmanuelle Polack (1) had spotted in 2014 on the back of the painting by Forain a label “Sale of the cabinet of a Parisian amateur in Nice “. Intrigued, she found in the departmental archives of the Alpes-Maritimes the minutes of this auction of the art collection of Armand Isaac Dorville, a great Parisian lawyer, who took refuge in 1940 in Dordogne where he died in 1941. However, this sale was orchestrated under the tutelage of a provisional administrator, Amédée Croze, appointed by the General Commissioner for Jewish Affairs, the first day of the sale, June 24, 1942.

In 2016, Antoine Djikpa, partner in the genealogical studies firm ADD, met Emmanuelle Polack and then offered to search for the heirs of Armand Dorville. Childless, this great collector had a brother, Charles, who enlisted in the Free French Forces, and two sisters, Jeanne, the grandmother of Francine X. and Valentine who, a refugee in Megève, was arrested and deported. in Auschwitz with her two daughters aged 23 and 25 and her two granddaughters aged 2 and 4. None came back.

“If my great-aunt Valentine had been able to touch the fruit of the sale in 1942, I cannot help but think that she might have been able to take refuge elsewhere with her daughters and granddaughters, and thus save their life “, underlines Francine X., the only direct heiress of Armand Dorville, alongside more distant heirs.

“ I had heard of my great-uncle, but especially as a great lawyer. I didn’t know everything about his collection “, she says. Found by the ADD cabinet in the fall of 2016, she first thinks that these are just a few paintings. ” It was only when I saw the two catalogs for the 1942 sale, which included 420 lots dispersed over 4 days, that I realized the very impressive extent of this collection “she continues.

A great lover of Forain and Constantin Guys, his ancestor also owned works by Carpeaux, Rodin, Delacroix, Thomas Couture, Renoir, Manet, Bonnard, Vuillard or Valloton… ” This first restitution of works by the German minister is a very strong symbol, says the heiress. We can’t fix what happened. But it is a recognition of the spoliation of our family and the memory of my great-uncle. “

The latter had expressed in his will his will to bequeath works to the Louvre, the Carnavalet museum and that of the Decorative Arts. ” It makes it all the more bitter, concludes Francine X., the fact that during the 1942 sale, the French government of the time participated in the spoliation “ by sending René Huyghe, chief curator at the Louvre to acquire twelve works there.

Among them, this museum still conserves ten graphic works by Constantin Guys, Henry Monnier and Camille Roqueplan. A drawing by Jean-Louis Forain is kept at the Musée d’Orsay. A Amazon in bronze by Pierre-Jules Mêne acquired for the Musée de Compiègne is sought after. The Louvre also keeps a pastel by Delacroix representing ” A crouching lioness », Sold to a private person during the same sale, recovered at the Liberation in Germany and classified since“ MNR ”(national museums recovery).

For months, the restitution of these thirteen works has been under debate. The request is officially confirmed by the heirs in October 2019 to the new Mission on cultural property looted from the Ministry of Culture. According to its director, David Zivie, ” orientation should be suggested in a fortnight or three weeks at the Commission for the compensation of victims of spoliations (CIVS) in Matignon which will decide, probably before summer “. On January 6, the President of the Louvre, Jean-Luc Martinez, made it clear that he wanted to move forward by entrusting Emmanuelle Polack with a mission on the origin of the acquisitions made for the Louvre between 1933 and 1945.

Procrastination of the French administration

The French administration has several questions. Who organized the sale since the administrator was only appointed at the last moment? Why did he then propose an exemption from his mandate; was he in contact with the heirs, did he pay them funds, knowing that they also accepted and signed in 1947 a settlement of the estate of Armand Dorville. “The signature by heirs who have been despoiled of a succession regulation does not prevent them from being able to obtain the annulment of a spoliatory sale, as shown by the Paris Court of Appeal on June 2, 1999 in the ‘Gentili di Giuseppe case that I pleaded’, remind Me Corinne Hershkovitch, lawyer for the Dorville heirs.

Furthermore, the order of April 21, 1945 specifies that “Persons or their assigns whose property has been the subject, even with their material assistance, of a provisional liquidation administration measure or of any other exorbitant measures of ordinary law in force on June 16, 1940, may declare it nullity “. If the Dorville sale in 1942 is void, the works must be returned to his heirs.

By first recognizing the spoliation in this file, will the German government force the French administration to stop its procrastination? Especially since other renditions of Armand Dorville’s works held abroad may soon follow …