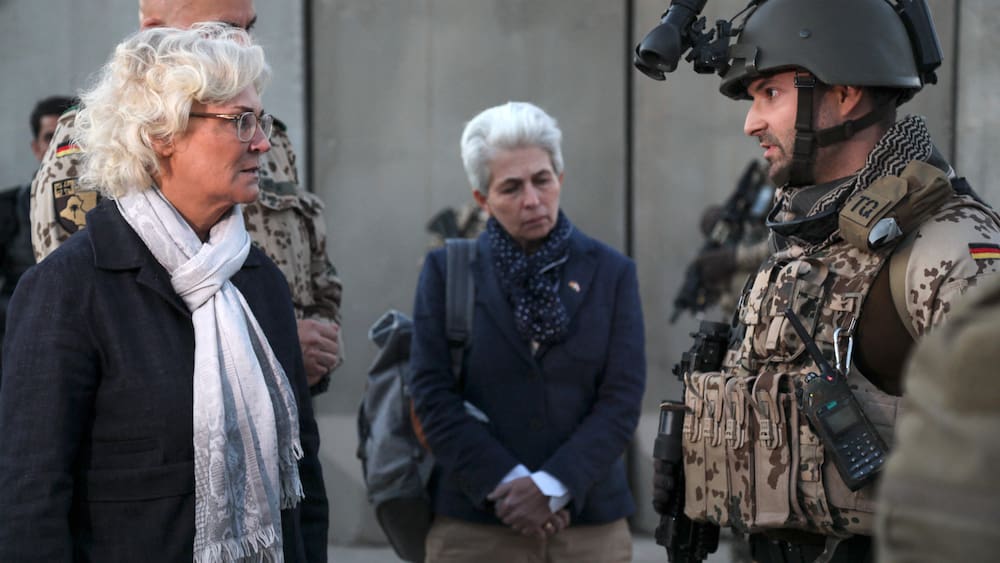 In view of the massive Russian troop deployment near Ukraine, Germany will supply Ukraine with 5,000 military protective helmets. The German Defense Minister Christine Lambrecht told the members of the Defense Committee in Berlin on Wednesday, as the German Press Agency learned from the meeting.

Just last week, Chancellor Olaf Scholz reaffirmed the government’s stance not to deliver lethal, i.e. deadly, weapons to Ukraine. In addition to the German arms export guidelines, this is also based on the claim not to contribute to the escalation and to maintain the ability to talk to Russia.

Outrage in Kiev, mockery in Germany

At the same time, the federal government emphasized that Germany would still help. “Germany has already agreed to deliver a field hospital to Ukraine in a very short time,” said deputy government spokeswoman Christiane Hoffmann at the beginning of the week.

In Kiev, there is great outrage about this. The Ukrainian ambassador in Berlin, Andriy Melnyk, speaks of an “incomprehensible refusal”.

In Germany itself, there is mostly ridicule in social networks for the mini-help. “How ridiculous can you make yourself? Germany: yes,” writes the head of the News & Society department of the newspaper “Welt”. And a member of the CSU says: “This is how you let #Ukraine down and make Germany look ridiculous. #Lambrecht». (gin)

Axel Toupane, an NBA champion in love with the capital: “Paris exudes a particular energy”