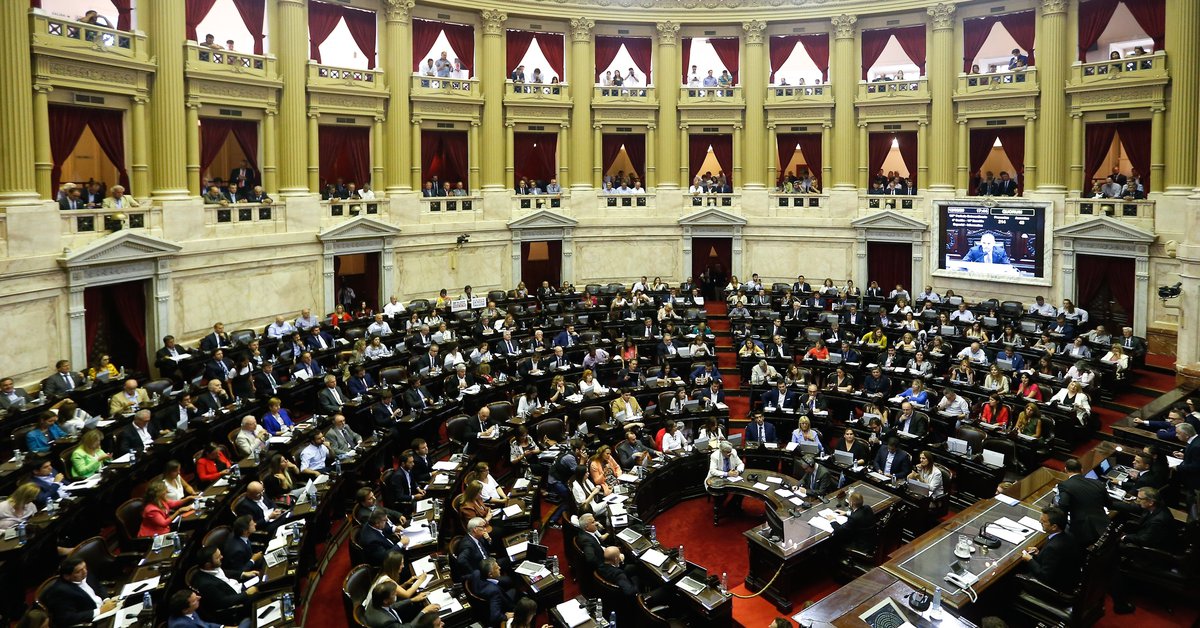 With the budget, face-to-face returns

The hours pass and while the images and rumors about possible Cabinet changes continue to circulate, the document of more than 4,000 pages of the draft Budget 2022 sent by the national government among the economic advisers of the deputies.

The project that the minister wrote Martín Guzmán entered the Chamber of Deputies last night and it is expected that in the next few days the official will be present at the venue to explain the guidelines of the norm. At first it was speculated that he was going to go today, Thursday, but the crisis due to the cataract of resignations in the Executive Branch modified the scheme.

In the middle of this situation since Together for Change they opted for institutional silence and only the referents of each of the forces are expressed in a concept that is he repeats: “It is a problem of the Frente de Todos, it is not a coup, or a palace coup, or a governance issue, that the Frente de Todos resolves.”

But, although it is not a governance issue, just in case the referents of the interblock of Together for Change in the Chamber of Deputies already made known to the presidency of the Chamber and to the ruling bloc that the interblock made up of the Pro, the Radical Civic Union and the Civic Coalition they will give a quorum to discuss the budget law.

“We are going to give a quorum, that does not mean approving it, far from it. Every government has to have a budget and we are not going to damage the institutionality at a time of political and economic crisis like this, ”they explained from the opposition bank.

But, in addition, they did it from a place of greater “relief”, not only because they observe how the factions that make up the government coalition try to try to unite what seems to have been broken on Sunday of the primary and open elections; but because they understand that even the Executive may have problems getting the legislators of Peronism.

“What is Fernanda Vallejos going to do when the Budget arrives at the venue. Is he going to come and defend him loudly like he did last year or are he going to attack him loudly like he did in other years? ” A legislator from the Juntos por el Cambio bench asked smiling, after an audio was released in which the legislator who ends her term on December 10 and does not renew her bench, insulted President Fernández and a large part of his cabinet.

On the side of the different minority blocks that make up the Chamber of Deputies, the presence is assured. So it is expected that, once the bill has an opinion and reaches the premises, a debate of many hours.

“We are going to return to the presence in the committees and in the sessions so it is expected that the discussion will be arduous. There are people who have not seen themselves in a personal way for a long time and speakers who will seek to re-occupy that role within the venue. In addition, the topics lend themselves to discussion ”, they added.

Among other details of the project, from the fiscal point of view the Budget 2022 bill is based on a primary deficit of 4% for next year and 3.3% for the current year. In the case of the financial deficit, which includes debt payments, it was estimated at 5.4% and 4.9% of GDP, respectively.

On the financing side of this deficit, the government expects to need the equivalent of 4.9 of GDP in three ways: 2% through the issuance of debt, 1.8% through contributions from the BCRA, which would represent more than $ 1 trillion, and another 1.1% financed by international organizations.

Likewise, the Ministry of Economy confirmed what Alberto Fernández had anticipated yesterday: During 2022 there will be no capital payments to the International Monetary Fund (IMF) which, according to the current maturity schedule, reach USD 17.8 billion. Based on the estimates of the 2022 Budget, these payments would be equivalent to 4% of GDP.

Alberto Fernández’s message in the midst of the political crisis: “The management will continue to develop in the way that I deem appropriate, for that I was chosen”
Explosive audio against Alberto Fernández of an ultra K deputy: “He is an occupier who is entrenched”