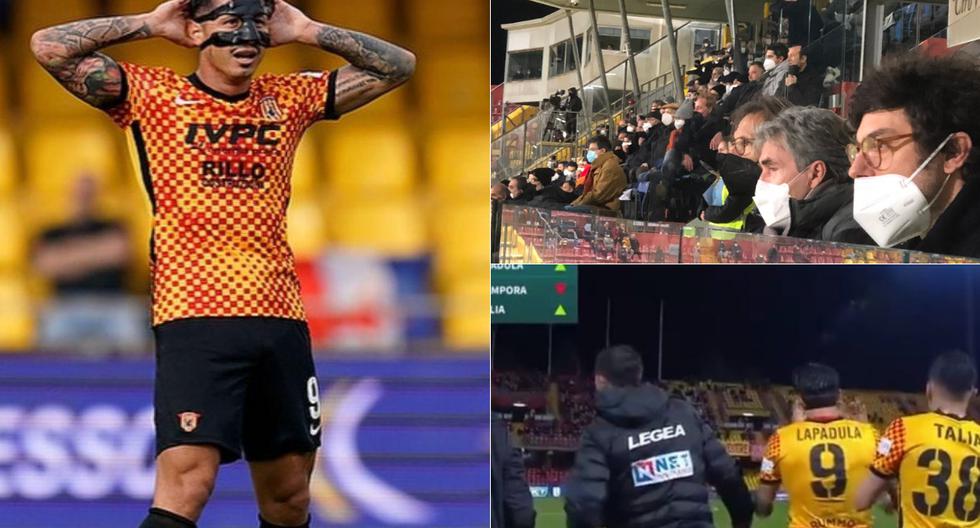 And one day Gianluca Lapadula he returned to play with Benevento. It took 71 days for the attacker to add minutes with his team. The problems between both parties are over and now the striker is only focused on recovering his position and getting ready for the Qatar 2022 Qualifying. The one who was watching in the stadium the return of the Bambino to the fields was Ricardo Gareca.

READ ALSO: He’s back: Gianluca Lapadula entered the Benevento vs. Like | VIDEO

Gianluca Lapadula came on 65 minutes into the second half as Benevento beat Como 5-0. The striker was very participative and generated some dangerous plays. However, he was unable to score.

Little by little it will recover the level it had before. Let’s remember that Gianluca Lapadula missed 14 games for Benevento. He has not defended the colors of the ‘witch’ team since December 15 of last year, when he faced Fiorentina for the Italian Cup.

Ricardo Gareca was one of the most concerned with the situation of Gianluca Lapadula. Above all, because on the last FIFA date, Benevento put many obstacles in the way of the striker arriving in Lima to play the qualifying matches.

The technician of the peruvian national team I already had the trip to Europe planned. One of Ricardo Gareca’s goals was to talk to Gianluca Lapadula and find out first-hand how his situation was going with Benevento. For the ‘Tiger’ it is important to have a more personal communication with his players.

Ricardo Gareca attended the Ciro Vigorito stadium with Néstor Bonillo to see the return of Gianluca Lapadula in a Benevento shirt. Fixed the impasse between the player and his club, the coach of the peruvian national team it will also look for information on how the Bambino is physically.

There is a possibility that Ricardo Gareca will have a conversation with Benevento’s physical trainer. The coach knows that Gianluca Lapadula was training outside the first team and now when he returns he wants to collect some extra information.

Other major concerns Ricardo Gareca is Gianluca Lapadula’s injury. The striker has had a problem in the septum since last year. The striker himself has already said that he will not undergo surgery because he wants to play the last two dates of the Qualifiers.

According to the information he has about that injury, Ricardo Gareca together with his technical command will analyze whether it is convenient for Gianluca Lapadula to play from the beginning against Uruguay or save him for the key game against Paraguay.

Cristian Benavente had a dream debut with the Alianza Lima shirt after scoring a great goal from a free kick and sealing the victory in Matute. Look at the reaction of the blue and white fans before the first match of the ‘kid’.

President of the Medical College of Antioquia will not perform abortions