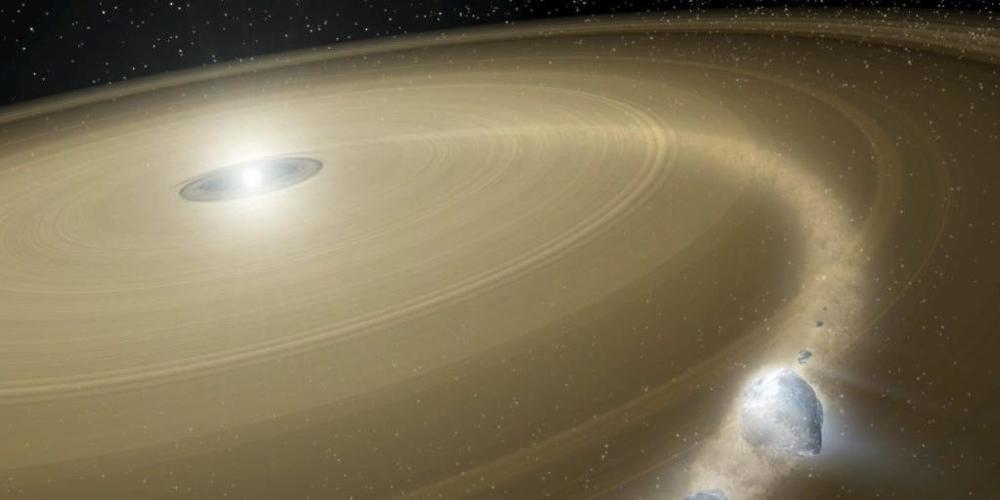 Astronomy – For the first time, researchers have discovered an intact giant planet that survived the fall of its star. This is what an international team with the participation of Bernese astrophysicists reports in the specialist magazine “Nature”.

When a sun-like star dies, it inflates into a red giant. Later this celestial body collapses into a massive white dwarf. Until now, it has been considered unlikely to find planets in the vicinity of such remnants of stars.

But now an international research team has discovered a giant planet with the help of NASA’s TESS space telescope. They baptized him with the name WD 1586 b. The Bern researchers conducted a photometric analysis.

The gas planet is much larger than the white dwarf, which it orbits every 1.4 days – about 20 times closer than Mercury orbits the sun. The team believes that the gaseous planet entered close orbit long after the star had shrunk from its red giant phase. Otherwise he would have been devoured.

The gaseous planet has no more than 14 times the mass of Jupiter. Its temperature is no more than 17 degrees Celsius. The researchers found this out with the help of the NASA Spitzer Space Telescope.

Jupiter and Saturn may be able to save themselves

In a few billion years our sun will also degenerate into a white dwarf. During the red giant phase, Mercury and Venus are likely to be devoured – possibly also the earth. The gas planets of the solar system may be able to save themselves.

Already last year, researchers reported on a gas disk orbiting a white dwarf. The gas appears to have a composition similar to that of Neptune and Uranus. So they suspected that the gas could have come from a planet. However, it was not discovered.