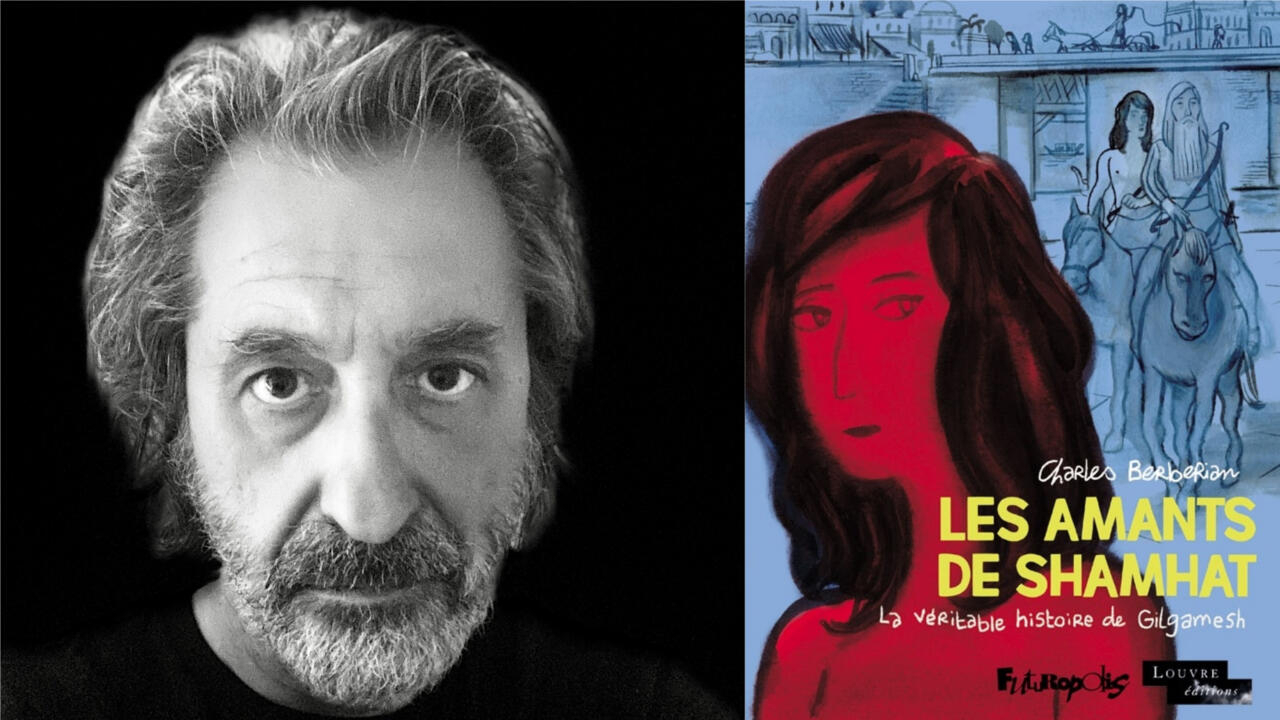 The designer Charles Berberian and the writer Gérard Chaliand tell us the first written story in the world, that of Gilgamesh. The first with his comic strip “the lovers of Shamat” while the second published a poetic translation of the epic “the legend of Gilgamesh”

He is an extraordinary character: at the same time king, god, and hero of the oldest written story in the history of mankind: the epic of Gilgamesh. Imagine: he would have reigned around 2650 BC over the city of Uruk, in the south of what is now Iraqi territory. His exploits have nourished eternal legends, epic tales that belong to the heritage of humanity. And today, a comic strip author, born in Baghdad, takes it and gives us his version, full of sensuality and humor. “The lovers of Shahmat, the true story of GIlgamesh”, a signed album Charles Berberian, was published in co-edition by Futuropolis and Louvre Editions

Our second guest is Gérard Chaliand, a writer, political scientist, specialist in geostrategic questions and in particular in the Middle East. He published in the “Agora” collection of the Pocket editions “The legend of Gilgamesh”, a poetic translation of this epic, which it should be remembered is the 1is narrative transcribed from the history of mankind, no other older written accounts have ever been found.

Reportage : The 2e edition of the show “Soy dé Couba” is presented at the Casino de Paris in this month of June. A show, of course, but also a record. Our correspondent in Havana Domitille Piron attended the final recordings and preparations a few weeks ago.