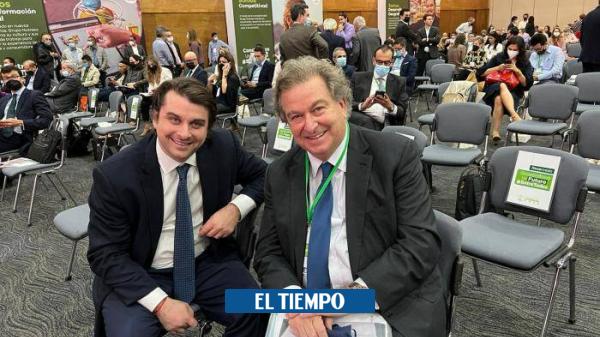 The Gilinski family does not cease in its objective of penetrating the stock castling of the so-called Grupo Empresarial Antioqueño (GEA). From last November 11 to today they have launched seven public acquisition offers (takeover bids) to take over part of the paisa companies and little by little they are getting closer to the jewel in the crown, Bancolombia.

(You can also read: Bogotá climbs 22 positions in the Global Index of Financial Centers)

After acquiring 30.8 percent of Grupo Nutresa and 34.5 percent of Grupo Sura, through six takeover bids – three for each company – carried out between November 2021 and May 2022, Valle del Cauca investors took the risk of one more last Thursday.

This time the bet is to acquire between 26 and 32.5 percent of the shares of Grupo Argos, another of the backbones of the people of Antioquia. While Nutresa focuses on the food business and Sura on the financial, insurance and third-party asset management lines, the latter is a benchmark infrastructure holding company on the continent with its companies Cementos Argos, Celsia and Odinsa.

In the first quarter of 2022 alone, it achieved consolidated revenues of 4.6 trillion pesos, 24 percent more than a year ago, while its profits in that same period totaled 315,000 million, 65 percent above the results achieved in same quarter of 2021.

The offer launched is for a price of 4.08 dollars per share, which would correspond to 16,528 pesos according to the Representative Market Rate (TRM) in force as of May 20, 2022 and exceeds by approximately 22.1 percent the last price of the listing on the Colombian Stock Exchange.

(You can also read: Inflation: Why doesn’t the price of milk keep rising in Colombia?)

To date, the Gilinskis have invested some 2,600 million dollars (10.5 billion pesos) in the GEA companies

If this new move is successful, bearing in mind that Argos owns 35.32 percent of Sura and another 12.41 percent of Nutresa, the Gilinskis could come to control most of the shares of the former, which in turn is the owner of Bancolombia.

This would be the possible return of the Gilinskis to the largest bank in the country, for which precisely the two business groups maintained a legal dispute that lasted for 11 years.

However, things are not that simple. Analysts indicate that since they themselves have raised the bet up to three times in previous takeover bids, they would not be able to convince in this first opportunity for Argos, pending more offers.

This is the first reading made by market analysts, who consider that the premium they are offering for the company is not very high, if one takes into account that the fair share price estimated by some of them is around 16,100 pesos. . In this way, the premium offered does not exceed 2 percent, compared to an expected of more than 20 percent in this type of operation.

The price does not seem particularly attractive to convince minority shareholders to sell in this first operation, so it would be expected that, if they want to enter the company under the same strategy as the Sura and Nutresa takeover bids, they will have to make a more effort big on offer, comments a market agent consulted, who asked to omit his name.

(Also, read: Remittances are also sent from Colombia and their volume is growing more and more)

It is clear that the Gilinski family’s offer is aimed at those shareholders who have smaller stakes, since those with the highest quotas, such as the Sura and Nutresa groups, will hardly get out of their shares, just as they did not in the recent bids.

In addition, there are other entities such as Amalfi SAS, which has 5.66 percent; the Ishares Colcap Stock Exchange Fund, with 3.06 percent; Inversiones Yarumo, with 2.70 percent.

Another commission agent consulted maintains that the strategy used by the Gilinskis made better sense, to the extent that they aimed to gain control of Nutresa and Sura, which is why they offered attractive premiums for the shares, since this would give them, to their time, greater power within the GEA. But he warns that this time his position is not very clear. The Sura, Argos and Nutresa groups own each other, says the analyst, so Gilinski’s strategy made sense.

“What he proposed was to have control of Nutresa, of which he wanted between 50 and 60 percent, and with this he would take control of what it in turn had in Sura (13 percent). So, if he bought control of 45 percent and this brought him closer to control of Sura, that made sense, because then he could have control of Argos with the sum of those investments, which is why the price offered for those investments was justified. actions”, explains the expert.

Perhaps that is why the price offered for Argos’ shares does not make much sense to him, since he does not seek control. “He would get two seats on his board if he succeeds with his offer for Argos, but the price is not good, and two seats on the board is not very practical either because it would not be a majority to make changes in the organization, if that is what he is looking for” commented the analyst.

For now, we will have to wait for the Financial Superintendence to endorse this other transaction to know the conditions and purposes of this seventh takeover bid in less than seven months.