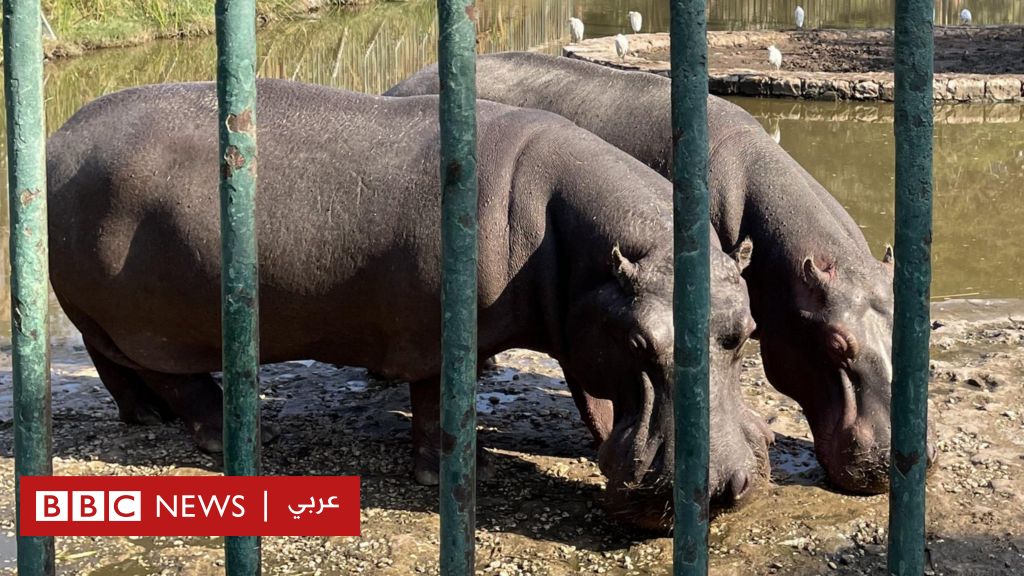 At the Giza Zoo in Egypt, a happy little girl threw a handful of fish to a hungry sea seal after she entered the zoo with her father.

Nearby, visitors could also feed a camel sweet potatoes, zebras cane barley, and even zookeepers could poke a lion in its cage to take pictures of it.

The historical zoo was the first of its kind in the region and was once a symbol of Egypt’s modernity.

However, the methods used in it date back to the fifties of the last century, according to experts, and its buildings are in dire need of repair and development.

However, the government’s recent announcement that it would close the zoo’s doors for a year to make improvements was met with skepticism from the public and animal welfare groups alike.

“My children love the zoo, so we come here on public holidays and weekends,” says Ahmed Ibrahim, a father of four, as he sits on a small carpet with his family near the swan pond.

The factory worker, who earns less than $100 a month, doesn’t have much money to spend on leisure activities, and is afraid that visiting the zoo will cost him a lot of money in the future.

Like millions of Egyptians, the man was affected by the rise in prices and the depreciation of the Egyptian currency.

Ahmed wonders: “Currently, the value of the entry card is five Egyptian pounds, equivalent to twenty cents ($0.20), for adults, and free for children. How much will the card cost us after development and reform?”

For the purpose of renovation and development, the Egyptian Ministry of Agriculture has handed over responsibility for 80 feddans – the total area of ​​the zoo and its adjacent gardens – to two companies, one run by the military and the other a UAE-based consultancy. They will receive royalties from the park for the next 25 years.

Egyptian President Abdel Fattah al-Sisi said the project “will develop the zoo to be similar to its counterparts in international zoos.”

Al-Sisi had previously expressed his dissatisfaction with the status of the park, saying that it represented the “extent of neglect and inadequacy” that the country was experiencing.

Elephants being chained to short chains, a depressed giraffe killing itself, and children provoking monkeys are good examples of the poor conditions for zoo animals.

The zoo has long since lost its membership in the World Association of Zoos and Aquariums.

Many of them save animal food to sell to visitors to enjoy by feeding the animals for money, and they also tease caged creatures to make them roar or perform certain movements in exchange for money from visitors.

One of the many reforms promised is the replacement of the Victorian prison-like cages of lions and bears with open spaces.

But animal rights advocates worry that the zoo’s plans lack transparency and do not prioritize the welfare of the animals housed there, which include some endangered species.

“The zoo is too small to build open spaces,” says prominent activist Dina Zulfiqar. “Officials talk about the zoo as an entertainment center, not as a zoo. The real aims of modern zoos are completely ignored.”

Zulfiqar has previously successfully campaigned for improvements to the zoo, such as fans and a cooling system for the bears’ pavilion.

It is not clear how many animals will be kept or even how they will be moved to new fenced enclosures.

“Building on the site while the animals are still in their cages is a kind of terrorization for the nearly 3,000 animals in the park,” Zulfiqar says.

She thinks they should be moved to a new location with larger and more spacious enclosures.

The Giza Zoo was opened in 1891 by King Khedive Ismail Pasha, who once said he was striving to make his country part of Europe, as well as Africa.

It contained exotic plants and rare animals as well as invaluable architectural designs, such as a small suspension bridge designed by Gustave Eiffel designed 10 years before he designed the famous Eiffel Tower in Paris.

It is one of the few remaining green spaces in Cairo and is located in an area with an expensive real estate value, as it is located in front of a luxury hotel and a shopping mall, and is close to the West Bank of the Nile River.

There have long been rumors that the cash-strapped Egyptian government wanted to sell the zoo to foreign investors, mainly from the United Arab Emirates.

Over the past year, Gulf investors, led by sovereign funds, have acquired many assets owned by the Egyptian state in deals worth billions of dollars.

But the Egyptian government denied these rumors and described them as “unfounded”.

Recent redevelopment has led to the removal of green spaces and the uprooting of trees in order to build cafes and restaurants. This has led some to wonder if the environment will be protected by modernizing the zoo.

The Egyptian government reacted angrily to these criticisms in the media, with officials insisting that not a single tree in the park would be cut down.

ghost of the past

During the holidays, the garden witnessed a large influx of visitors, and their number sometimes exceeded the number of animals in the garden by ten times.

Recently, however, the park has become eerily quiet, with some pavilions already closed to visitors.

An unnamed zookeeper who said he has worked there for 18 years told the BBC it was not clear whether he and his colleagues would continue with their jobs.

“animals are my friends”

“I would be very sad if I stopped working with animals in case they decided to lay off employees.”

For generations, the Giza Zoo has been viewed as a wonderland. But it has now become an iconic symbol of a bygone glory.

Although many aspire to develop and modernize the park, there are fears that development plans will ignore poor Egyptians and the huge diversity of animals, from big cats to desert rats, that desperately need better care.

Is food ingestion between the teeth a warning sign of tooth decay?Ignoring the 4 serious auras may lead to serious diseases | Life Matters