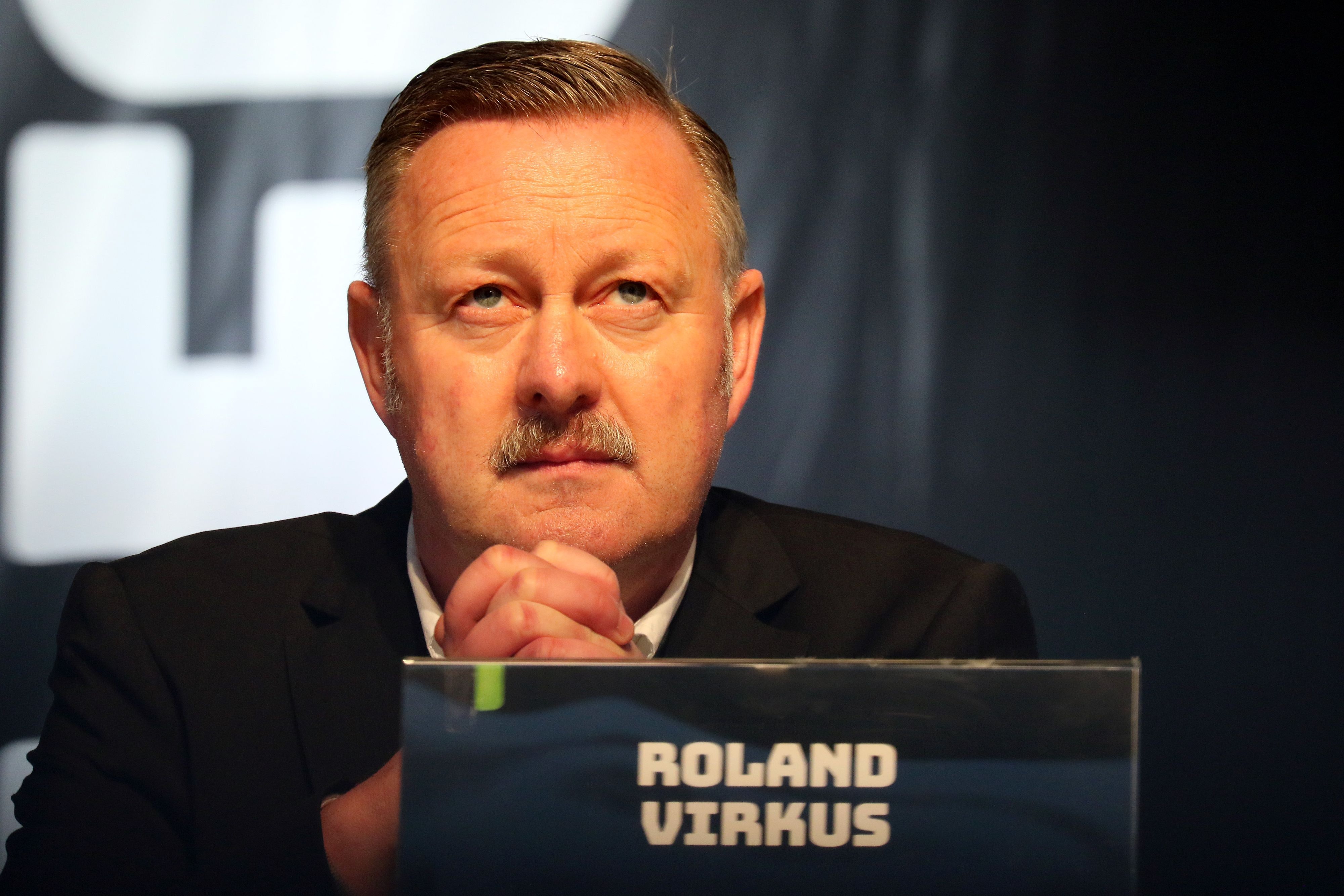 Roland Virkus, manager of Borussia Mönchengladbach, at the general meeting on Monday (May 30, 2022) in Borussia-Park.

Coach turnaround in Gladbach! Lucien Favre (64) will not succeed Adi Hütter (52), that has been clear since Monday (May 30). What alternatives does sports director Roland Virkus (55) have now? Who is in the market?

Gladbach: Virkus again looking for a trainer! Löw and Alonso on the market

In his report to the members Roland Virkus the requirement profile for the new trainer from Borussia Monchengladbach set: The successor of Adi Hütter should be able to stabilize the team.

Virkus named four aspects of Borussia DNA as characteristics: ball possession, game intelligence, stability and activity. The club “is in talks with various candidates,” said the 55-year-old on Monday evening.

A name that was already in circulation before the Favre rumors is that of Daniel Farke. The 45-year-old coached English club Norwich City from 2017 to 2021 and twice led the Canaries to the Premier League.

Farke was previously the coach of SV Lippstadt and the second team at Borussia Dortmund.

Earlier this year he was signed by Russian club FK Krasnodar, but left without coaching a competitive match due to the Russian invasion of Ukraine.

Farke prefers a possession-oriented style, as Virkus envisages for Gladbach. However, FC Schalke 04 is said to have put out feelers to the native East Westphalia.

last made a rumor from Belgium the round that Borussia is using Vincent Kompany (36) would deal with.

The Belgian terminated his contract at RSC Anderlecht last week, where he had been head coach since 2020. Kompany knows the Bundesliga as a player, from 2006 to 2008 the central defender was under contract with Hamburger SV.

He also plays football that is designed for possession, but as with Farke, other clubs are said to be after the services of the 36-year-old. Burnley FC, who were relegated from the Premier League last season, are likely to sign Kompanys shortly.

As early as March last year, Borussia is said to have agreed Xabi Alonso (40) dealt with. The ex-professional, who played for Real Madrid and FC Bayern, among others, should succeed Marco Rose (45).. Ultimately, Gladbach signed Adi Hütter, but ex-manager Max Eberl (48) later confirmed that he had talks with the Spaniard.

Alonso ended up staying on as coach of Real Sociedad San Sebastián’s second-team squad for a year, but that commitment ends this summer. Alonso would now be free for the foals.

One candidate for whom the job with the professionals may come a little too soon is Eugen Polanski (36). Borussia’s previous transition and U17 coach is considered a great talent and will take over the U23s in the Regionalliga West next season. There he should continue to mature so that he might be ready for the first team in a few years.

*Advertisement: Current coupons for the Borussia Mönchengladbach fan shop in the EXPRESS voucher portal to back up*

Other names that are currently on the trainer market are Florian Kohfeldt (39, last Wolfsburg), Markus Weinzierl (47, last Augsburg) or Bruno Labbadia (56, most recently Hertha BSC).

Also the former national coach Joachim Löw (62) recently announced that he could imagine getting involved with a club.

So after the Favre flop, Roland Virkus still has a wide range of choices. Gladbach fans can be excited to see who the new manager will pull out of the hat in the coming weeks.