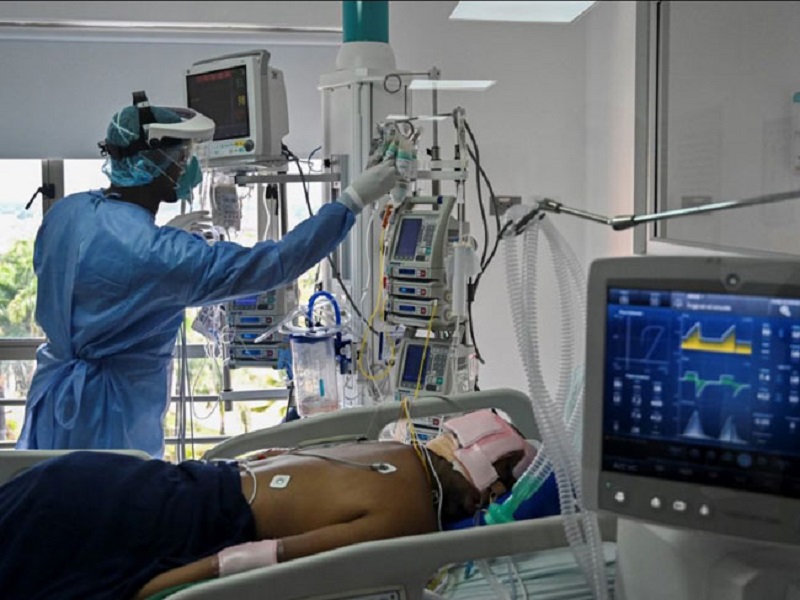 The number of new infections and deaths continues its downward trend, the World Health Organization (WHO) said on Wednesday, however, noting that 3.4 million new cases and 55,830 deaths were recorded last week.
According to the UN World Health Agency, this is a decrease of 10% compared to the previous week, both for cases and for deaths.

The largest decrease in the number of new weekly cases was reported in the eastern Mediterranean (17%). The Western Pacific (15%), the Region of the Americas (14%), the African continent (12%) and Southeast Asia (10%) follow. At the same time, the number of weekly cases in Europe was similar to the previous week.

The number of new weekly deaths reported fell sharply (-15%) in all regions except the European region, which reported a similar number of weekly deaths compared to the previous week and to the Region Africa, the only one reporting a slight increase (5%).

The largest decrease in the number of weekly deaths was recorded in the Western Pacific Region, with a decrease of 24% from the previous week.

Despite a drop of more than 30%, the United States of America recorded the highest number of new cases, with 765,827 infections. But it was Brazil that recorded the largest increase. With 247,397 new cases, this is an increase of 135% “due to changes in counts”.

A total of 4,752,988 deaths have been recorded worldwide since the start of the pandemic. More than 232,075,351 cases of infection have been officially diagnosed worldwide, according to the count established Wednesday by the WHO.

The Delta variant reported in 187 countries.

As of September 27, 2021, a total of 5.9 billion doses of vaccine have been administered worldwide.

Regarding variants, Delta (Indian) has been reported in two new countries since last week. It is now present in 187 countries in the six regions of WHO.

Globally, cases of the Alpha (British) variant have been reported in 193 countries, territories or areas. But according to WHO, no new country has been added for two weeks.