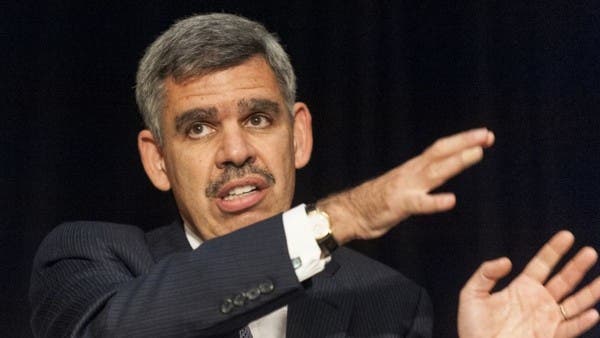 The chief economic advisor at Allianz, Mohamed El-Erian, expected that global markets and the economy would not be able to escape the consequences of the Russian war on Ukraine, according to what he wrote in an article by Bloomberg Agency, which was seen by Al-Arabiya.net.

Al-Arian cited a previous statement by Scotland’s First Minister, Nicola Sturgeon, about the Corona epidemic: “If your life is still normal, ask if you are doing the right things…”, which he sees as a reliable philosophy to assess the economic and market reactions to the Russian invasion. For Ukraine and what may come next.

Tragically, he wrote, life has been turned upside down for those who were living in peaceful Ukraine only a few days ago: “Now their country is under intense military attack and creeping occupation, many fear for their lives, while others are refugees.”

He believes that despite the brave acts of resistance that have inspired people all over the world, this may prompt Russia to intensify its attacks, and to fully strive to secure control of a large part of Ukraine; The greater this is, the more difficult it will be to contain the crisis and reverse the significant damage on the ground.

He also sees that the longer and more fiercely Russia attacks Ukraine, the more the West tends to respond, and even if direct military confrontation is ruled out, an initial wave of sanctions against Russia did not stop and prompted the West to impose more and more powerful sanctions, including Exclusion of some Russian banks from the SWIFT international payment system and the imposition of sanctions on the Central Bank.

By going after Russia’s international payments capabilities, The West is targeting a nerve center of economic activity. “If implemented comprehensively, these latest measures have the potential to cripple the Russian economy,” El-Erian wrote. “But they also have repercussions and setbacks that will affect the global economy and its payment system.”

As the West deals with Russian aggression by escalating its actions, which El-Arian sees as the closest possibility, it will have to navigate a range of consequences beyond Russia’s borders, which will suffer the main damage.

He predicted that growth would slow and inflation would increase worldwide. Companies with business in Russia are also likely to face increased arrears, as are creditors with financial claims on Russian entities.

Those who depend on imports from Russia will also suffer from supply disruptions, and there will be a lot of efforts to build an alternative payment system on the part of some countries that El-Erian described as “suspicious,” albeit partial at best, to circumvent the Western-dominated system. It has been in effect since World War II.

While the ramifications for the global economy and relationships between creditors and debtors are consequential, they take time to unravel.

As such, life may remain normal in some quarters. But this is unlikely to continue if both Russia and the West are drawn into a deeper conflict, according to El-Erian.

As for the financial markets, he argues, given the way they closed the week, one could be excused from asking whether investors and traders were aware of the growing invasion of Ukraine. European and American stock markets recovered, exceeding their immediate losses with the start of military operations. Oil prices are no longer trading above $100 per barrel, and emerging market bonds have ignored the contagion of the crisis.

“Such seemingly ‘normal’ markets can be attributed to several factors, including a combination of low valuation, hope of discouraging central banks from tightening monetary policy too much and long-term behavioral adjustment to buy down,” he said. However, this normality will not be able to last for long if the situation in Ukraine worsens, if sanctions paralyze the Russian economy, if arrears and debt restructuring escalate, and if the economic and financial fallout for the rest of the world is not contained.

Unless investors are confident that these four things won’t happen, they are advised to take into account Secretary Sturgeon’s observation.

LG introduces the LG Éclair, a new Dolby Atmos soundbar with a minimalist design that fits in every space.